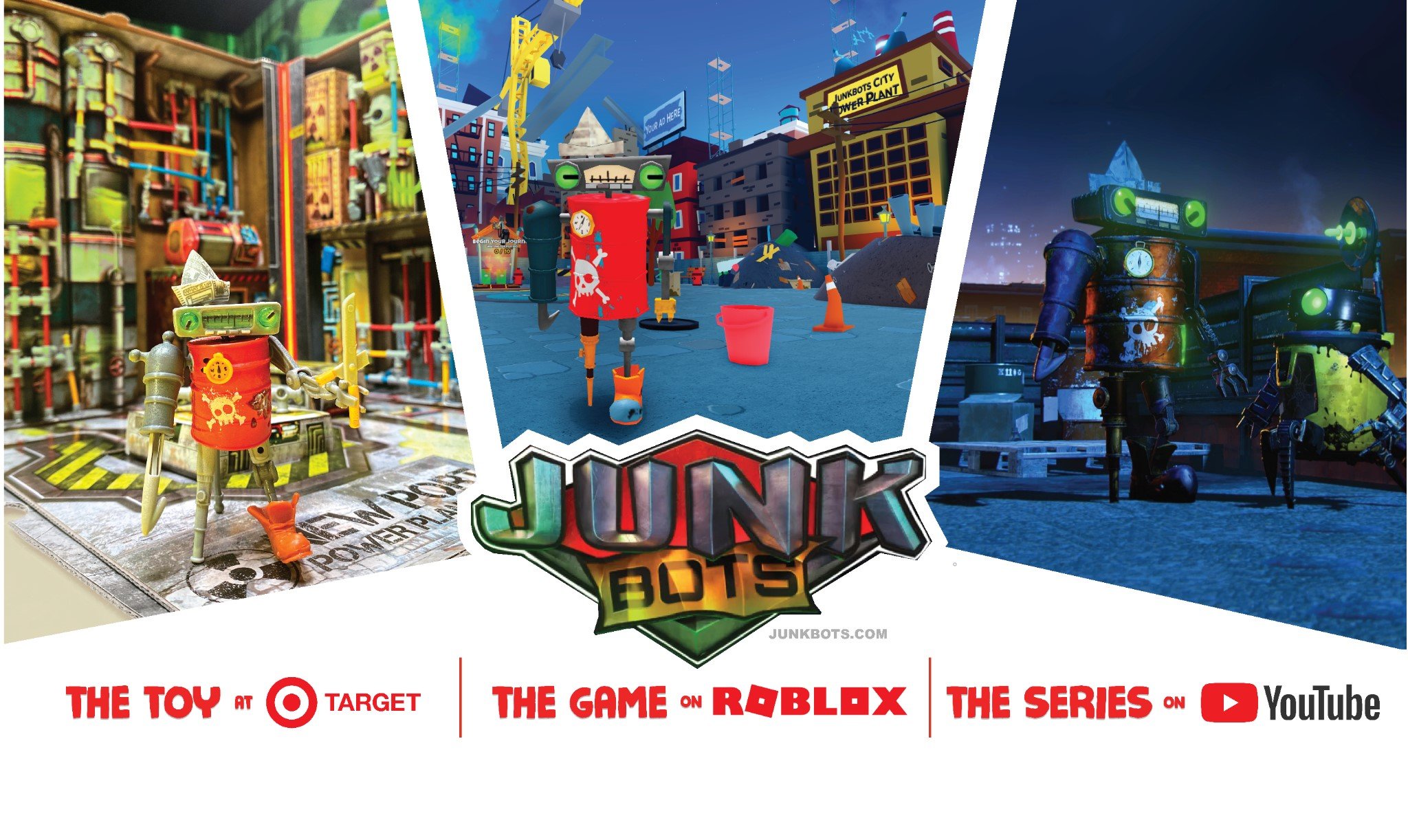 Toy manufacturer Hexbug has announced a new world-expanding initiative for its popular children's toy Junkbots, including a new line of toys, a YouTube web series, and a new interactive experience in Roblox.

The Junkbots game in Roblox will include multiple missions, minigames within each mission, and "dozens of playable set pieces." The game will also feature a unique "playground experience" where players can join up in between missions. The new toyline, called the Junkbots Factory Collection, will include 16 new Junkbots as well as codes on the back of the packaging to unlock new items in the Roblox game.

A Junkbots YouTube series is also in the works, produced by Wind Sun Sky Entertainment of My Singing Monsters and Super Dinosaur fame. The series will air eight episodes all on Hexbug's YouTube channel.

"I can proudly say that the Junkbots universe rollout is a rich, engaging and boundary pushing cross-platform narrative experience for fans and future fans of this amazing toy," WSS CEO Catherine Winder said in the official release. "Storytelling and worldbuilding is our expertise, and the Junkbots web series by our phenomenal team dares to take things a step further."

All three elements of the Junkbots expansion are scheduled to arrive this summer, with the Roblox game and YouTube series scheduled for later in July and the new toy line in August.