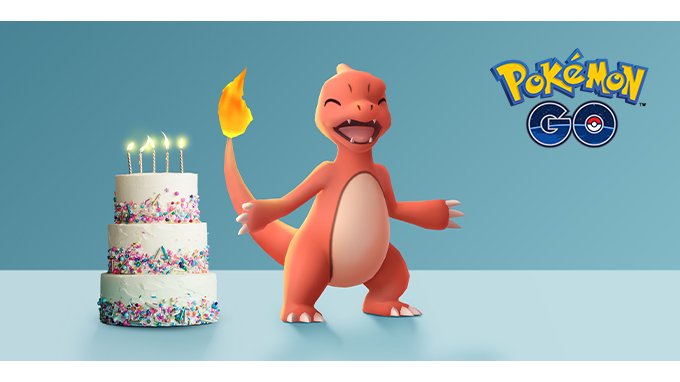 Pokemon Go was released on mobile devices in July of 2016. To celebrate the game’s fifth birthday, the game’s developer, Niantic, will hold a fifth anniversary event in Pokemon Go that kicks off on July 6.

During this event, Darumaka and Flying Pikachu with a balloon shaped like the number “5” will appear more frequently than normal in the wild. Shiny Darumaka will also have the chance to appear once this event begins.

Next, Bulbasaur, Charmander, Squirtle, Chikorita, Cyndaquil, Totodile, Treecko, Torchic, Mudkip, Turtwig, Chimchar, Piplup, Snivy, Tepig, Oshawott, Chespin, Fennekin, and Froakie will appear near PokeStops with active Lure Modules during this event. These Pokemon will also be available to encounter when completing Field Research tasks during this time. All Lure Modules will remain active for one hour, rather than 30 minutes, when activated during this birthday event.

Finally, Shiny Meltan will be available during the game’s fifth birthday event, and you’ll also be able to collect “fifth-anniversary Gift stickers” by spinning PokeStops and opening Gifts. These stickers will also be available to purchase in the in-game shop.

Are you excited about this fifth anniversary event that’s coming to Pokemon Go? Let us know on Twitter at @superparenthq.