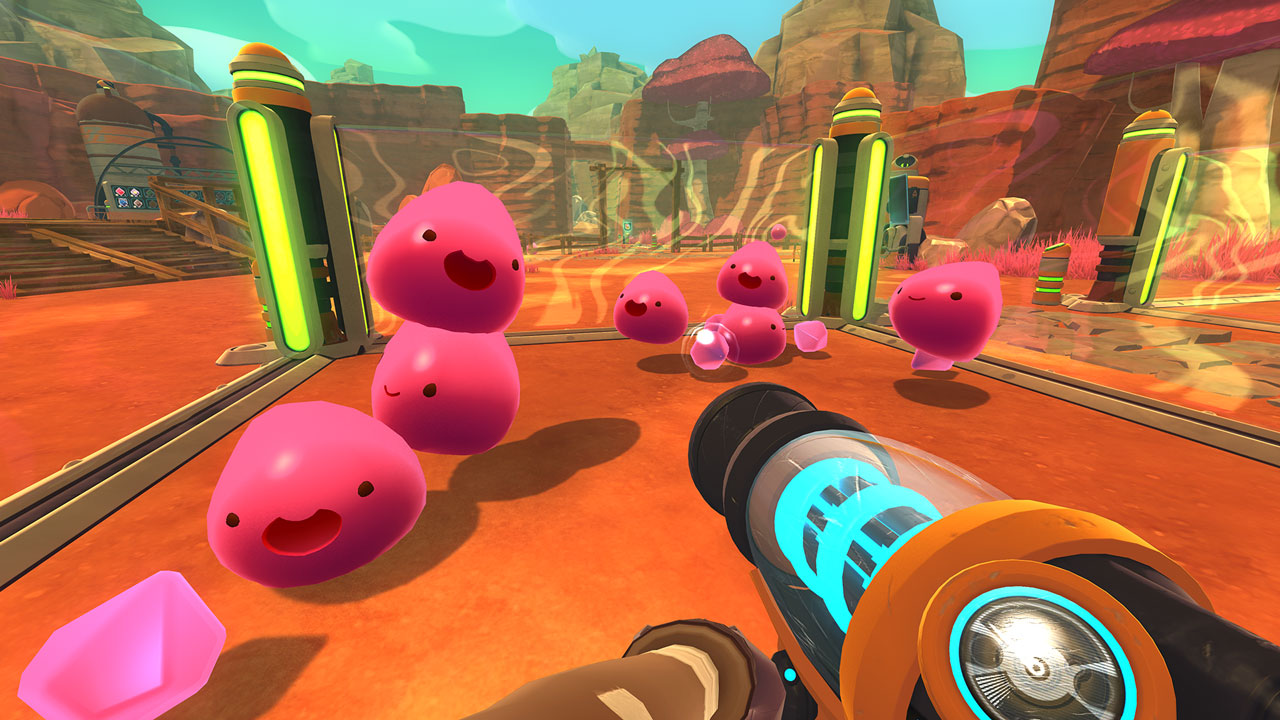 Slime Rancher is an adorable sandbox-style game that lets players become Beatrix LeBeau, a slime rancher on an alien planet 1,000 light years away from Earth. The game features a first-person camera perspective, allowing players to experience the world as though they were looking through LeBeau’s eyes.

In Slime Rancher, players can explore the environment and collect slimes in multiple varieties, each with their own wants and needs that players need to keep track of. Players can also breed their slimes to create over 150 hybrid slime varieties. The game lets players grow crops and raise “Chickadoos” that they can feed to their slimes, and as players earn money, they can expand their ranch, build more corrals to hold their slimes, and more. Since the game has a sandbox style, it’s up to players to decide what to do next as they work to make their ranch a success.

There are three game modes to choose from in Slime Rancher. Adventure Mode is the game’s basic mode, which includes all of the features the game has to offer. Casual Mode makes the game easier by removing an aggressive slime type known as “The Tarr.” Finally, Rush Mode challenge players to earn as much money as possible in only three in-game days.

Slime Rancher is available to download for $19.99 on PC, Mac, Xbox One, and PlayStation 4. A special (and more expensive) physical Collector’s Edition of the game will be released later this year. Slime Rancher is rated E10+ by the ESRB.

Check out the first 16 minutes of Slime Rancher in our SuperParent First Look below to see if this is a game your family would enjoy.