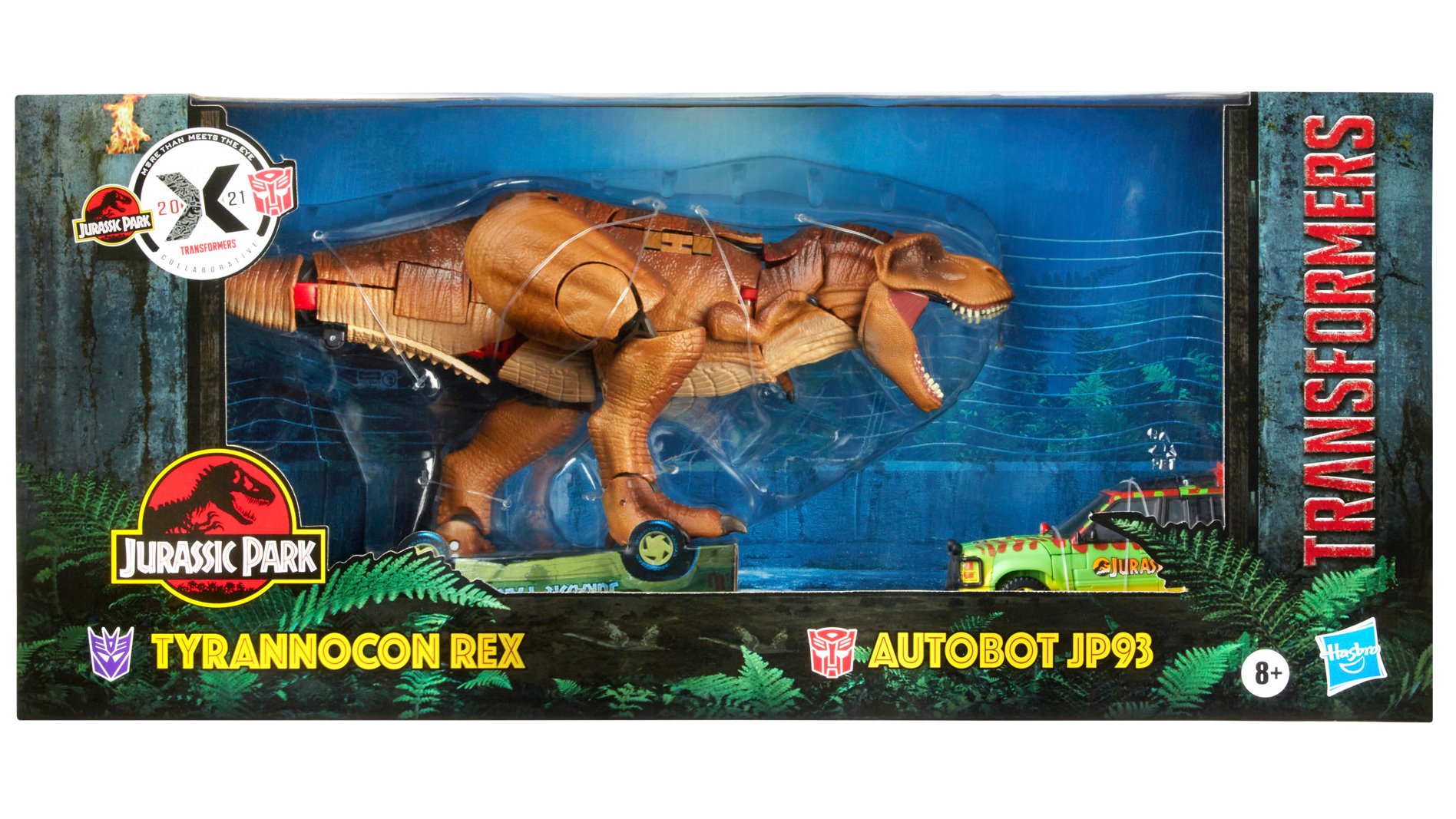 Hasbro, Universal Brand Development, and Amblin Entertainment have partnered to release cool new toys in a Transformers X Jurassic Park collection, which is inspired by the original Jurassic Park film from 1993.

This collection will feature two Transformers robots inspired by the Tyrannosaurus Rex and Ford Explorer vehicles from the film (the vehicles the characters ride around in on their tour of the park).

These two toys will be released in a single package later this year for $104.99. The packaging will include a cardboard backdrop inspired by the tyrannosaurus rex’s cage in the film, which kids (and adults) can use to recreate scenes from the movie with the toys.

While pre-orders for this two-pack of toys have already sold out on Amazon, a second release of the pack is scheduled for December 1, 2021. For this second release, the figures will be available at Hasbro’s website and other stores around the world.

What do you think about these Transformers X Jurassic Park figures? Let us know on Twitter at @superparenthq.