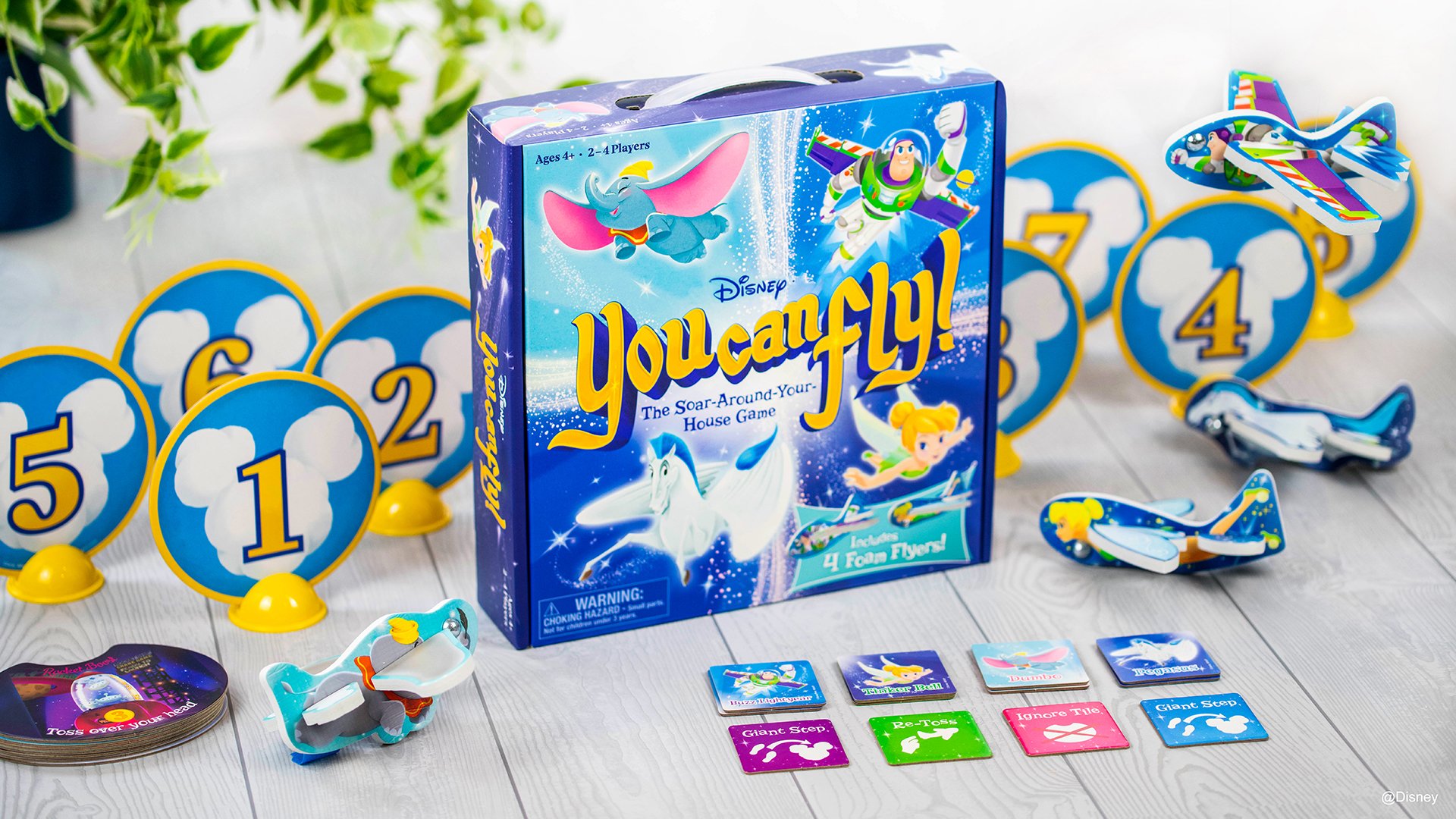 Funko Games has released Disney You Can Fly, a family-friendly game inspired by some of Disney’s flying characters, like Dumbo and Buzz Lightyear.

While Funko Games specializes in tabletop games, Disney You Can Fly isn’t a board or card game. Instead, it’s a physical game that will get kids and parents off of the couch and challenge them to use foam gliders to complete a course they create in their own home or play space.

Disney You Can Fly is designed for 2-4 players aged 4+. The game includes four foam gliders inspired by Buzz Lightyear, Dumbo, Tinker Bell, and Pegasus (from Hercules).

Before starting the game, families will need to work together to create a course around their house or play area using eight Cloud Markers that are numbered 1-8. While the course can take any shape, players need to make sure there’s enough clear space between the Cloud Markers so they can toss gliders from one marker to the next in numerical order without hitting an obstacle in the way (like a tall piece of furniture or a tree).

Once a Cloud Marker is placed, families will also randomly place one of 12 Flight Tiles next to it. These tiles will give players the physical challenge they need to complete while tossing their glider to the next marker. Flight Tiles are placed upside down so players won’t know which challenges they’ll need to complete before starting the game.

Since adults may have an advantage over kids by default (for instance, they may be able to toss gliders harder and therefore farther), the game includes special Lift Tokens that will be played throughout the game. Specifically, after someone collects a Flight Tile, they’ll play one of the three Lift Tokens associated with their character to help everyone else on the next challenge, (which leaves them at a disadvantage).

For instance, one Lift Token will allow every other player to take a giant step toward the next Cloud Marker, while the person who played the Lift Token stays back in their original position.

This cycle continues until players have made their way to the final Cloud Marker. At that point, the player who has earned the most points wins.

Disney You Can Fly is now available for $16.99. The game carries Funko Games’ “Babysitter Approved” seal, which is given to games that are designed to be easy to learn and easy to put away.