Exploding Minions Is Exploding Kittens, But With Illuminations' Minions 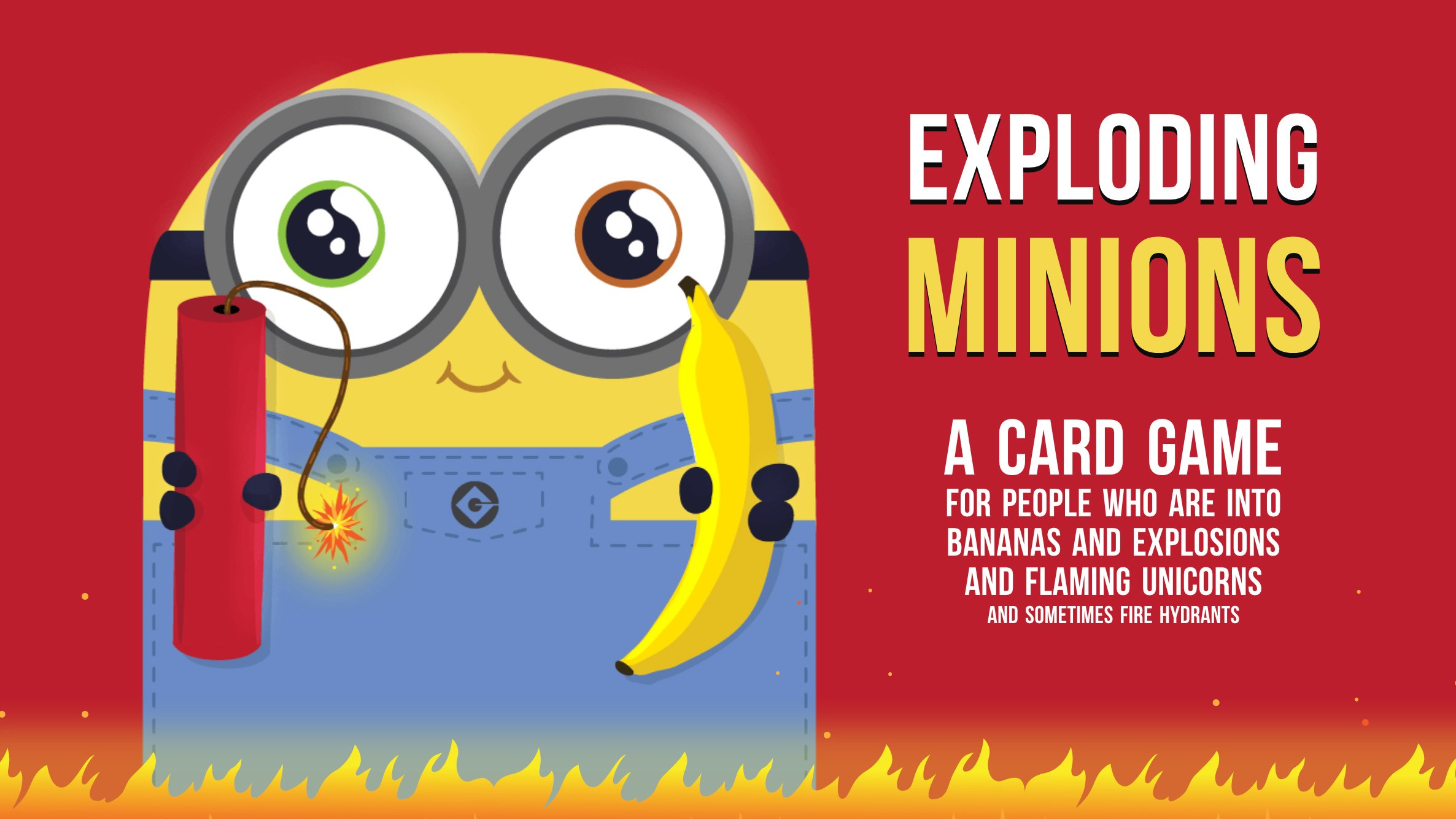 Editor's Note (06/28/2021): This article has been update to reflect that Illuminations Entertainment, rather than DreamWorks, is the company behind the Minions. SuperParent apologizes for any confusion this error may have caused.

Exploding Minions is a card game for 2-5 players aged 7+. Similar to the game of Hot Potato, it has a simple premise -- don’t get stuck with an Exploding Minion card.

Before starting each game, players are given seven regular cards from the deck, along with one Defuse card. Once these cards have been dealt, the rest of the Defuse cards and a number of Exploding Minions cards (determined by the number of players) are placed into the deck, which is shuffled and placed in the center of the table.

Once the game begins, players take turns playing cards from their hand into the discard pile. They can play as many cards as they want on each turn, or they can pass and not play a card. Some cards are “powerless” unless they’re played alongside another specific card, while others trigger actions as soon as they’re played.

To end their turn, players will draw a card from the deck. If players draw a normal or Defuse card, nothing happens and play continues to the next person. However, if they draw an Exploding Minion card, they’ll explode unless they can play a Defuse card from their hard to defuse the bomb.

If players don’t have a Defuse card, the bomb “explodes,” and they're removed from the game. The game will then continue with the remaining players until only one person is left. The last player standing wins the game.

Exploding Minions is now available for $19.99. The game has an expected play time of 15 minutes, though this may vary depending on the number of players and where the Exploding Minions wind up in the deck.

You can learn more about Exploding Minions and pick the game up for your family on the Exploding Kittens website.