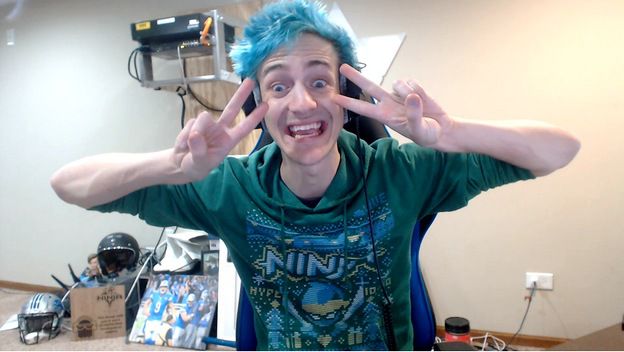 If your kids spend any amount of time online, there’s a fair chance they’ve watched videos of people playing popular games like Minecraft and Fortnite. You may find so-called “streamers” on YouTube or Twitch who play kid-friendly games, but that doesn’t mean that the rest of the content will be OK for your children.

A quick Google search for Twitch streamer controversies reveals a slew of stories about content creators who use racial slurs, nudity and more. Most recently, popular Twitch streamer Tyler “Ninja” Blevins, who broke records in March by streaming Fortnite with musician Drake to over 630,000 viewers, dropped the N-word while rapping along to a song as he was streaming.

Blevins apologized for his actions on Twitter, saying he “fumbled lyrics and got tongue-tied in the worst possible way.” Whether his actions were deliberate or not, stories like his are bringing more attention to how content platforms like Twitch and YouTube should respond, especially considering the mind-boggling reach of these streamers. Blevins has 4.8 million followers and told CNBC he makes $500,000 a month streaming games from his bedroom.

In March, Twitch updated its Community Guidelines, with a new section on hateful conduct and harassment.

“Hateful conduct is any content or activity that promotes, encourages, or facilitates discrimination, denigration, objectification, harassment, or violence based on race, ethnicity, national origin, religion, sex, gender, gender identity, sexual orientation, age, disability, medical condition, physical characteristics, or veteran status, and is prohibited. Any hateful conduct is considered a zero-tolerance violation and all accounts associated with such conduct will be indefinitely suspended."

Taking that at face value, Blevins should be in a heap of trouble, but, as of now, he’s still permitted to stream on Twitch, which issued a non-committal statement that says, “When reviewing reported content or activity, we will consider its intent and context.”

Blevins’ gaffe made headlines, and he’s not alone in the growing world of online gaming personality controversies. In 2017, popular YouTuber Felix “PewDiePie” Kjellberg shared an anti-semitic video with his 61 million subscribers, showing two men holding a sign that read “Death to all Jews.” He followed that up in September by using the N-word during a YouTube livestream.

YouTube responded by canceling his original series, Scare PewDiePie, and removing him from Google Preferred, a program that allows advertisers to place ads on the platform’s most popular content.

Controversial YouTuber Logan Paul recently started a new Twitch channel where he has been streaming Fortnite. At the beginning of 2018, Paul sparked massive outrage after sharing a video in which he found and laughed at the body of an apparent suicide victim in Japan’s Aokigahara forest. This, along with a larger pattern of disturbing behavior, caused YouTube to “temporarily suspend ads on his channels.”

YouTube punished PewDiePie and Paul for their actions, but stopped short of actually closing their channels, meaning they’re free to keep posting content for their legions of fans. Blevins also continues to stream games on Twitch, and we have yet to see what, if any, consequences he will face.

Watching other people play video games continues to be one of the more popular pastimes online, it’s important to stay in the know about what your kids are watching. Here are a few precautionary measures you can take before letting them loose in the world of streaming: