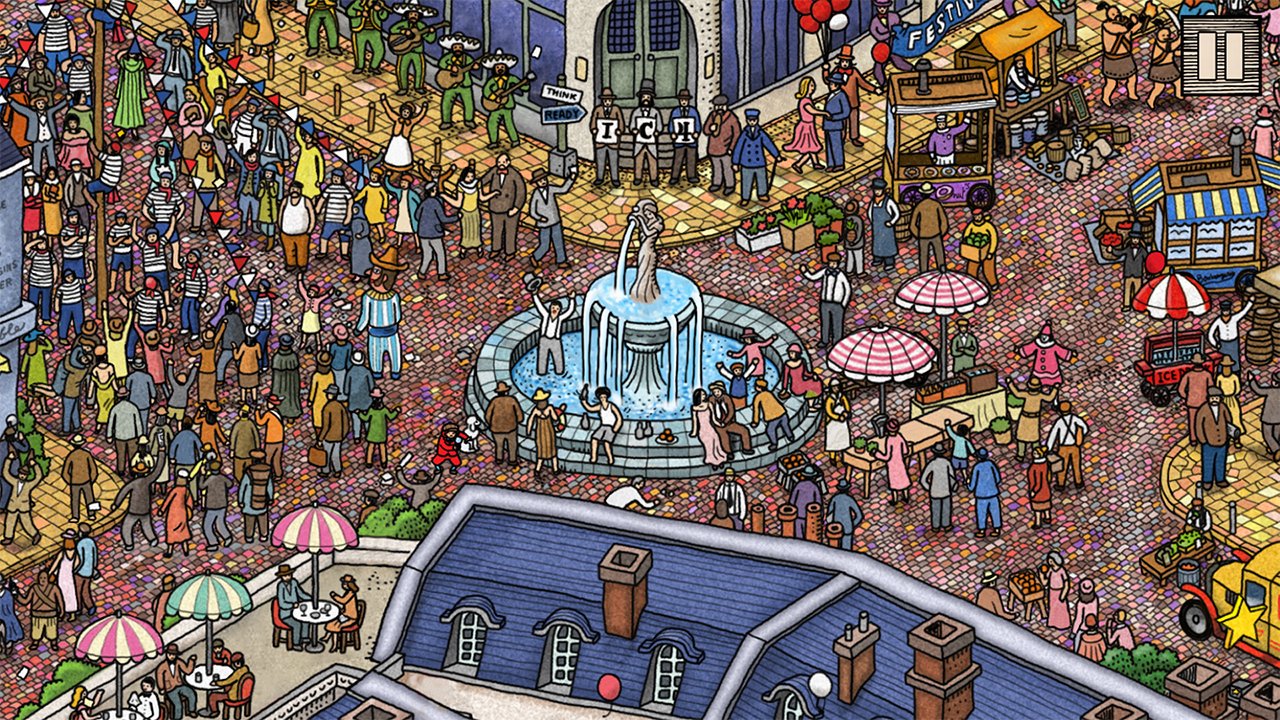 Each level of Labyrinth City: Pierre the Maze Detective takes place in a large, detailed maze with multiple pathways to choose from and multiple checkpoints to reach (that is, players will need to reach a series of checkpoints in a certain order). Players will need to use observation skills and perhaps some trial and error to figure out the correct path through each level. If players quit a level before completing it, they’ll need to restart at their last checkpoint.

There are dead-ends in each level, as well as a variety of optional collectibles to search for. Players can open treasure chests, collect stars, find pages from Mr. X’s journal, and so on. If players miss any collectibles, they can replay a stage later on to track them down.

The game also features a variety of puzzles to complete. For instance, one puzzle is similar to the game of “Simon,” and asks players to repeat a series of notes to help a band practice a song.

Labyrinth City: Pierre the Maze Detective is now available to download for $11.99 on PC. The game will be released on Switch on July 15, and on mobile devices later this year.

Labyrinth City: Pierre the Maze Detective is rated E for Everyone by the ESRB. While the game is family-friendly, it only features voice acting during cutscenes. This means players will need to know how to read in order to follow along with the conversations that appear as text in each level.

Check out the first level from Labyrinth City: Pierre the Maze Detective in our video below.