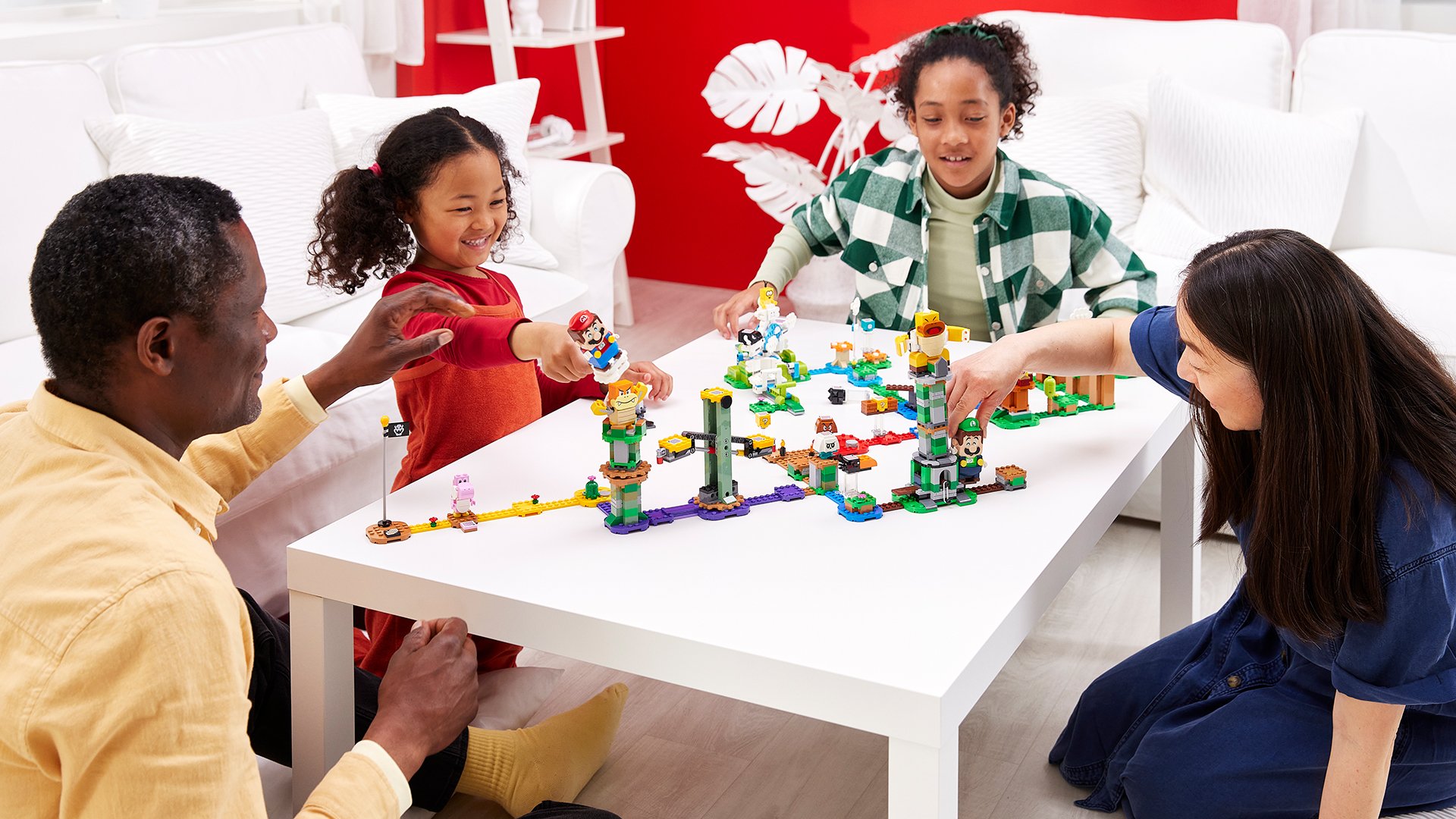 Last year, Nintendo and The Lego Group partnered to release a line of Lego Super Mario building kits, which allow kids and adults to create courses inspired by Super Mario video games out of Lego bricks, and then use a large Lego Mario mini-figure to navigate their creations.

On August 1, Luigi will join the Lego Super Mario universe with the release of the Lego Super Mario Adventures with Luigi Starter Course. Once this kit is released, two-player gameplay will be unlocked for players, as the Lego Mario and Lego Luigi figures will be able to connect to each other via Bluetooth. In fact, players will be able to activate two-player gameplay using any combination of these two figures.

Once two of the Lego Mario and/and Lego Luigi figures are connected, two players can take the figures through their courses to earn bonus coins by performing actions such as walking, flipping, and jumping. There will also be opportunities for the two characters to compete against each other.

In addition to revealing this new two-player gameplay feature, Nintendo and The Lego Group have revealed a variety of expansions that will be released for the Lego Super Mario product line.

For instance, there’s the Bowser’s Airship Expansion Set, which will allow kids to defeat Kamek, a Goomba, and a Rocky Wrench on the ship before actually defeating the ship itself. The ship will have two different “forms” to choose from: “Flying Mode” and a folded out “Course Mode.”

Here’s the full list of items that were announced, along with their prices:

The Lego Super Mario Adventures with Luigi Start Course and Bowser’s Airship Expansion Set are now available to pre-order on Lego’s website for $59.99 and $99.99, respectively. They’ll both be released on August 1, 2021.

Is your family excited about these additions to the Lego Super Mario universe? Let us know on Twitter at @superparenthq.