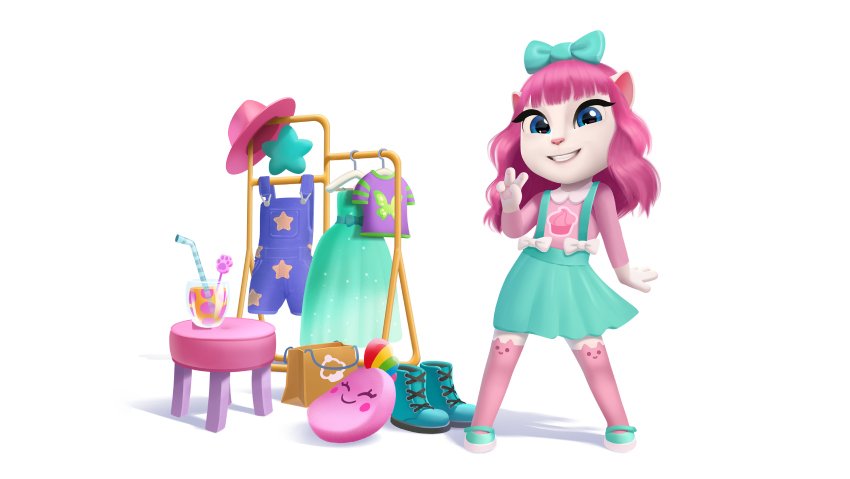 Outfit7, the company behind the popular Talking Tom & Friends franchise, has opened pre-registration for the next game in the franchise: My Talking Angela 2.

My Talking Angela 2 is a sequel to the original My Talking Angela game, which is still available on iOS and Android devices. In both games, players can hang out with Angela, a friendly white cat who is one of Talking Tom’s many animal buddies.

In My Talking Angela 2, players will be able to take care of Angela as she starts a new life in the big city. The game will combine elements from the virtual pet and lifestyle simulation genres, and it will allow players to dress Angela up, bake desserts, go dancing, play mini-games, and more.

In a press release, Jaka Robnik, director of product management at Outfit7, commented on My Talking Angela 2:

“My Talking Angela 2 is more than just a sequel; it’s a meaningful expansion on our vision for Angela that fans have been asking for. She’s like a best friend you can keep in your pocket. And with the amount of customization options we’ve included, players of all ages, genders, and backgrounds can truly express themselves and make Angela their own.”

My Talking Angela 2 will be released for free on mobile devices later this summer. Players with Android devices can pre-register for the game (think pre-order) on the Google Play Store to receive the “Cutie-Pie Dress” for Angela when the game launches.

My Talking Angela 2 is rated E for Everyone on the Google Play Store.

Is your family looking forward to trying My Talking Angela 2? Let us know on Twitter at @superparenthq.