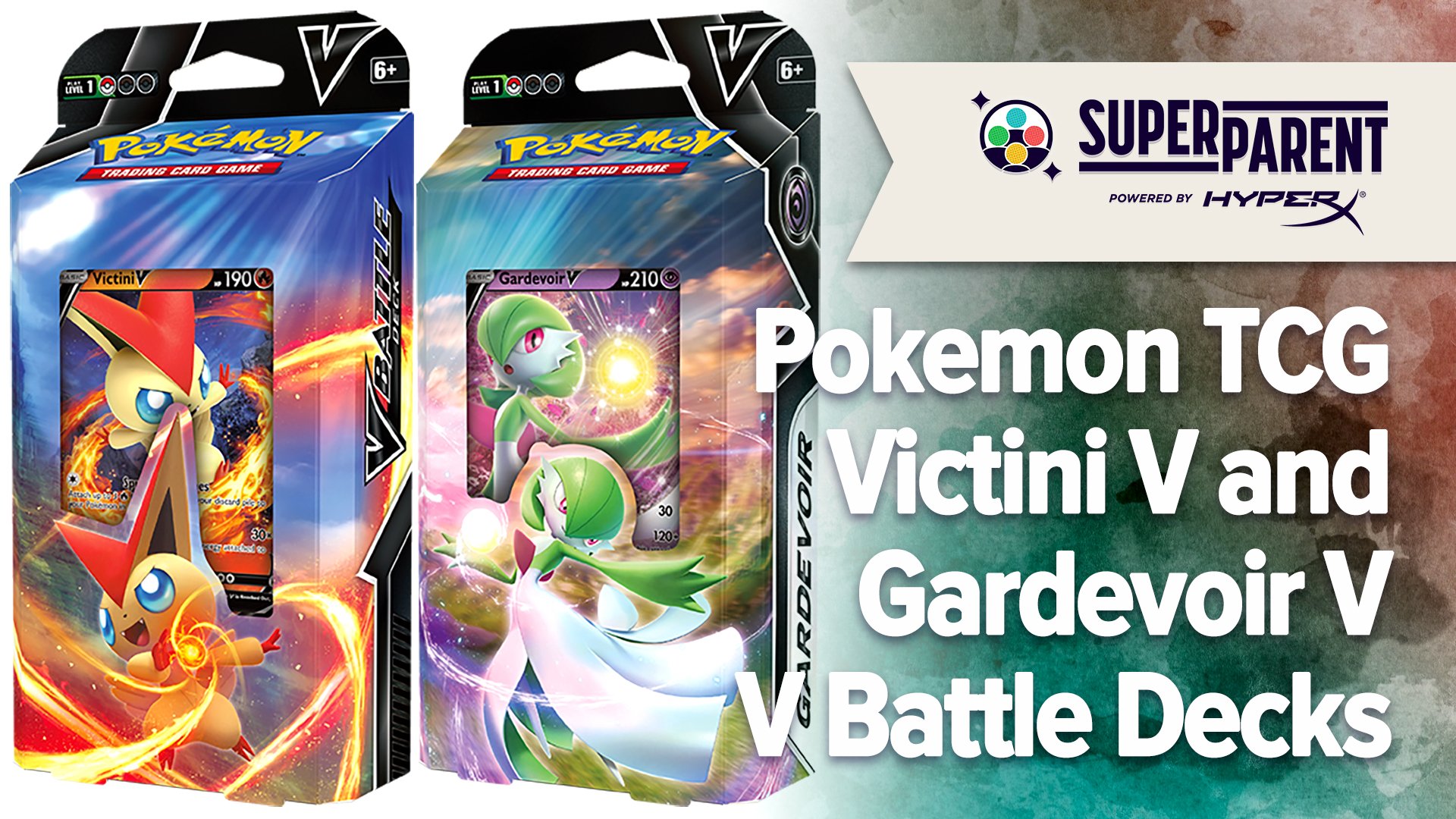 Earlier this year, The Pokemon Company released two V Battle Decks for the Pokemon Trading Card Game (TCG) that include everything someone needs to play the game.

One battle deck features Victini V, while the other stars Gardevoir V. Both V Battle Deck boxes include a 60-card deck (in a deck box), three reference cards, a sheet of damage counters, a metallic coin, a playmat, an instruction booklet, and a quick guide for the Pokemon TCG.

The Victini V and Gardevoir V V Battle Decks are available to purchase individually for $14.99, as well as in a two-pack that features both decks for $29.99.

If you’re interested in picking up either of these V Battle Decks (or the bundle), check out our unboxing video above to see the cards and items that are included in each one.

Disclosure: The Pokemon Company sent these products to SuperParent for coverage purposes.