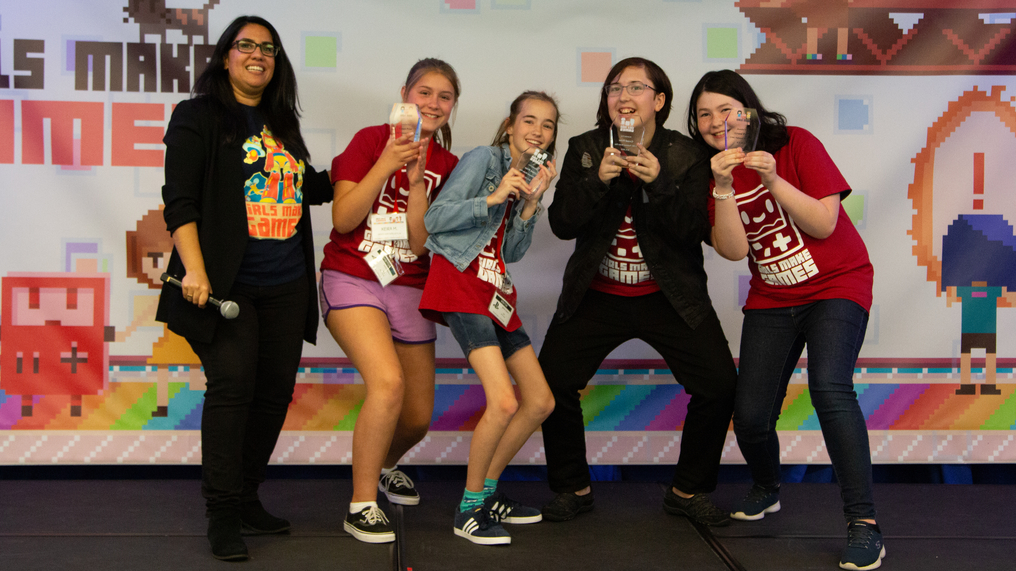 Girls Makes Games is a three-week summer camp for girls aged 8-17 that teaches them to create video games. The camp ends with a competition called Demo Day, where teams of girls present their game ideas to a group of video game industry professionals.

As Variety reported, this year, 33 teams of girls participated in the Girls Make Games program, and the top five teams presented their ideas at Demo Day. The winning game, Shredded Secrets, was created by a team of four girls called Sarcastic Shark Clouds.

Shredded Secrets is a side-scrolling platformer that follows four characters through their experiences in school and life. Variety said the game takes a look at bullying from the perspective of both the bully and the victim. Users can download the Shredded Secrets demo and play it for free right now, but a full version of the game will eventually be released on console and PC.

The rest of the Demo Day finalists were highlighted on the Girls Make Games website. One game, Detective Blobfish, has players investigate a murder as a blobfish that’s a detective. Another game, Luka, is a horror game that follows a mother on her quest to find her son. Kaiyo is an educational game that teaches players about ocean pollution, and The Return challenges players to complete puzzles to help a fairy escape a forest.

Girls Make Games is one of many summer camps that can teach kids about video game creation. If you’re looking for something a bit closer to home, check out our list of tools kids can use to learn to create games without leaving the house.