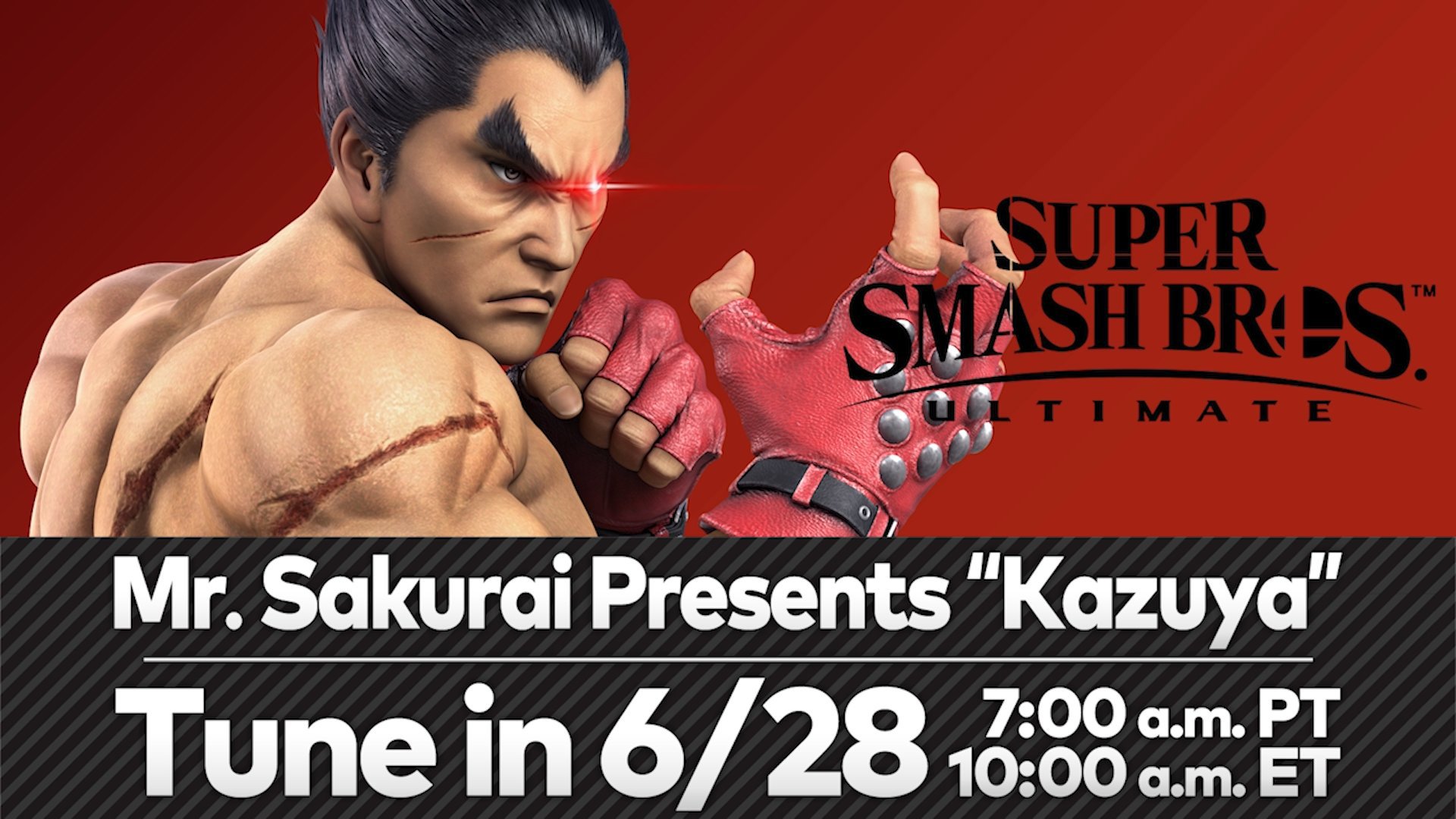 In a recent video presentation, Nintendo announced the next fighter coming to Super Smash Bros. Ultimate, its kid-friendly brawler on Nintendo switch.

The game’s newest fighter is Kazuya Mishima from the Tekken fighting game franchise. He’ll be available to purchase on his own for $5.99, and as part of the game’s Fighters Pass Vol. 2, which gives owners access to six different characters for one price ($29.99.)

The Fighters Pass Vol. 2 also includes Min Min from Arms, Steve & Alex from Minecraft, Sephiroth from the Final Fantasy series, and Pyra / Mythra from Xenoblade Chronicles 2. It will also feature one final fighter, which has yet to be revealed.

More information about Kazuya -- including the fighter’s release date -- will be revealed in a video presentation on June 28.

Super Smash Bros. Ultimate is available for $59.99 on Nintendo Switch. The game is rated E10+ for Everyone 10+ by the ESRB.

What do you think about this latest addition to the Super Smash Bros. Ultimate roster? Let us know on Twitter at @superparenthq.