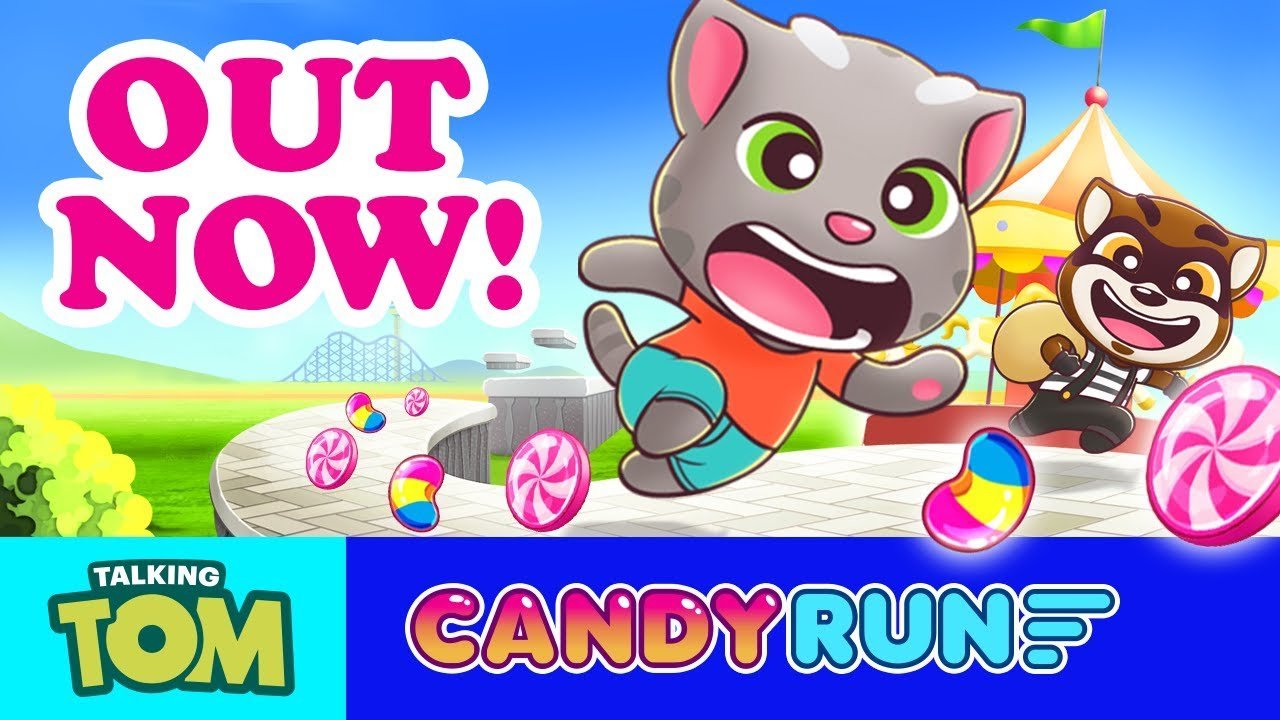 Talking Tom Candy Run is the newest game in the popular Talking Tom franchise, which stars a gray cat named Tom and his many animals friends. The free mobile game challenges players to collect candy that’s been stolen by a racoon robber.

In each game, the character runs from left to right automatically, and collects any candy, coins, and power-ups it touches. Players can tap jump and slide buttons to jump over and slide under obstacles, respectively. The first time players run into an obstacle, they’re given the chance to keep going as a second character. When this character gets hit, the run ends, or players can view an advertisement to keep going.

Each character has a unique ability that can be triggered by collecting a special power-up while running. For instance, Tom becomes a flying superhero and will destroy obstacles in the path for a limited time. Users can also collect treasure chests along the path, which can be opened after a run is complete. These treasure chests may contain in-game currency, as well as cards that let players unlock new playable characters and upgrade their existing ones. Finally, players can complete missions each day to earn free in-game currency and chests.

Talking Tom Candy Run is available to download for free on iOS and Android devices. It has an age rating of 4+ on iOS and E for Everyone on Android. The game contains ads that pop up on the screen automatically, and it also offers optional in-app purchases.

Check out the first 11 minutes of Talking Tom Candy Run in our SuperParent First Look below to see if this is a game you or your kids would like to play.