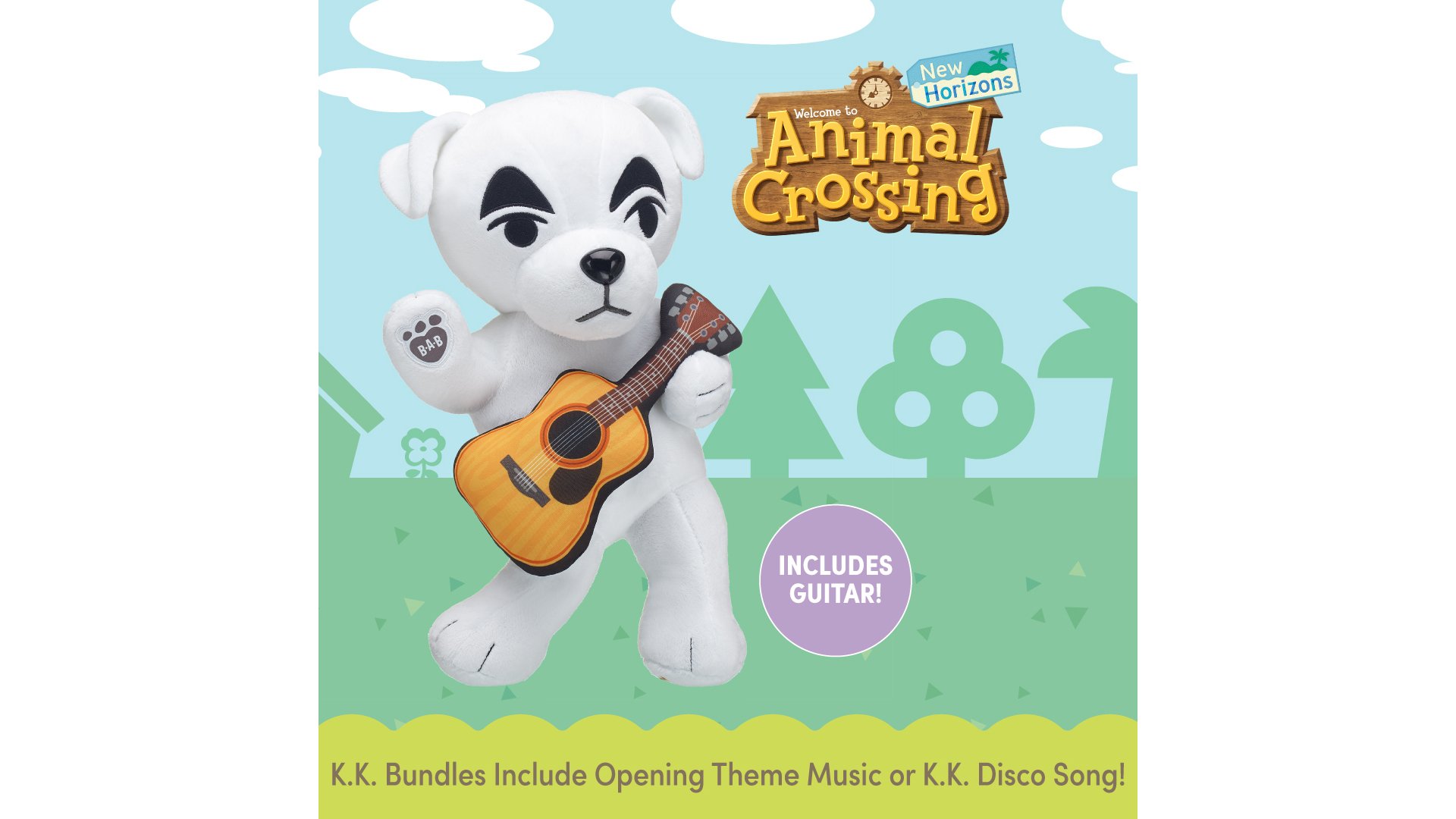 Since then, the stuffed toy retailer has expanded its New Horizons collection with versions of Isabelle and Tom Nook wearing winter-themed outfits, and it has also released some general Animal Crossing-themed clothing and accessories that can be worn by other Build-a-Bear plushies.

Now, a third character is being added to Build-A-Bear’s Animal Crossing: New Horizons collection -- K.K. Slider! (K.K. Slider is the dog musician who will visit players’ islands in New Horizons for a weekly concert.)

To view everything in Build-A-Bear’s Animal Crossing: New Horizons collection, head over to the Build-A-Bear Workshop website.

Are you going to pick up one of these K.K. Slider plushies for your family? Let us know on Twitter at @superparenthq.