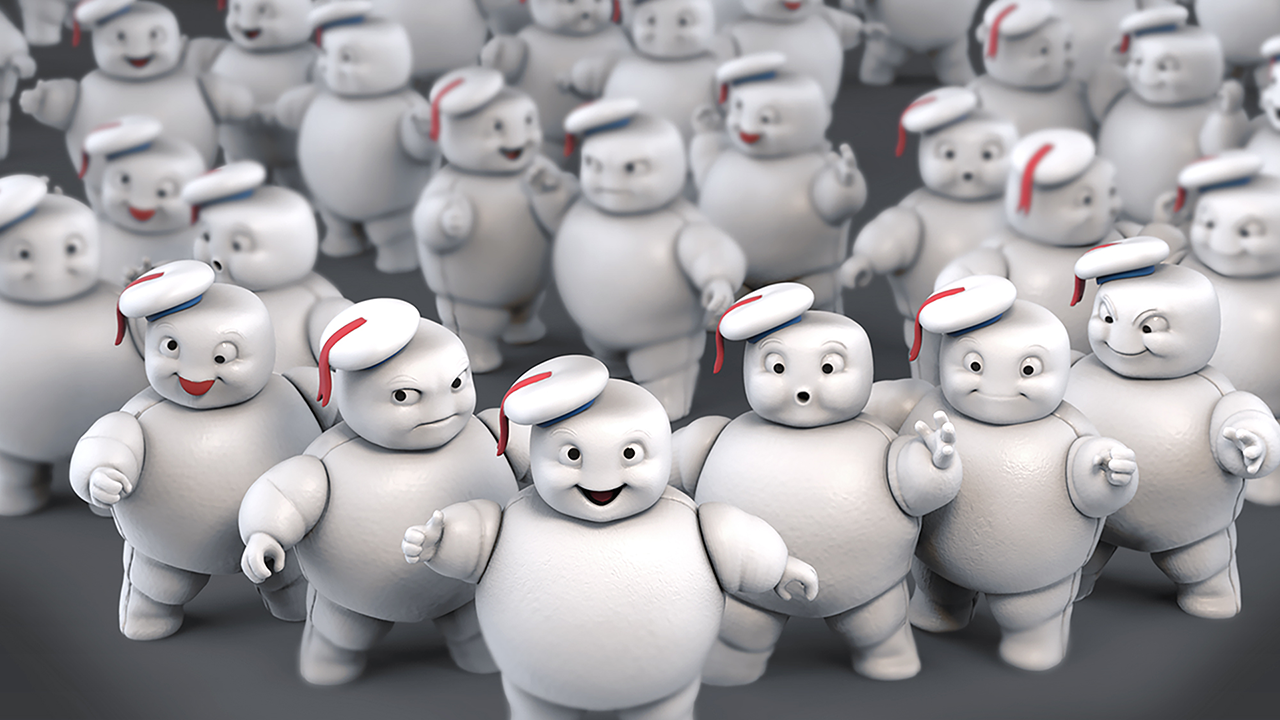 The Ghostbusters Plasma Series Mini-Pufts 3-Pack is expected to be released this winter for $26.99. The pack will have an age rating of 4+.

Next, Hasbro revealed new Plasma Series Glow-in-the-Dark figures inspired by the original Ghostbusters movies. There will be four poseable figures to collect representing Peter, Ray, Egon, and Winston. Each figure will come with three accessories: a Neutrona Wand, a Proton Pack, and a glow-in-the-dark Proton Stream. The figures themselves will also be slightly covered in “ectoplasm” that will glow in the dark.

These Plasma Series Glow-in-the-Dark figures are expected to be released this fall for $26.99 each. They’ll have an age rating of 4+.

In addition to revealing these new products, Hasbro also announced that two other Plasma Series items have been restocked. Fans can now pick up the Plasma Series Ecto-1 vehicle at Target for $49.99, while the Plasma Series Spengler’s Neutrona Wand is available on the HasbroPulse website for $99.99.

What does your family think about these new Ghostbusters toys? Let us know on Twitter at @superparenthq.