Minecraft's Caves and Cliffs Part 1 Update Is Out Now 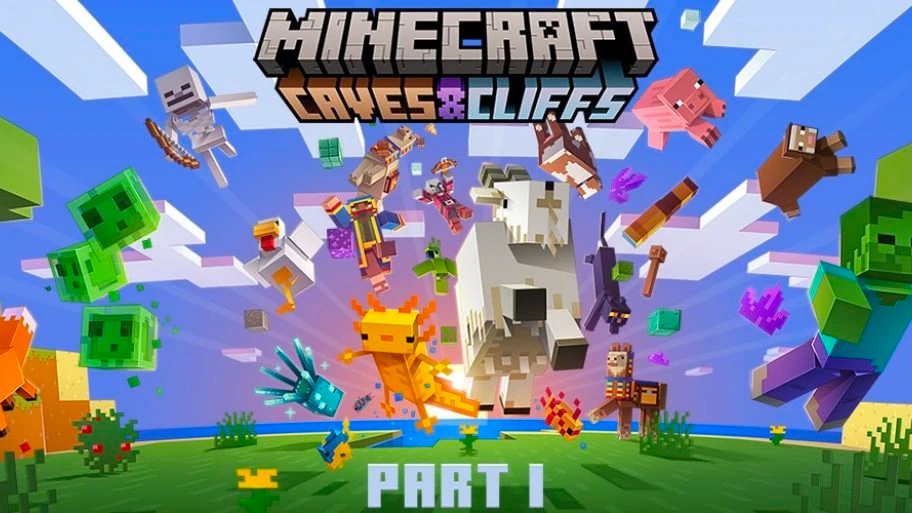 The Caves & Cliffs: Part 1 update adds three new mobs to the game: Goats, Glow Squids, and the Axolotl. Glow Squids produce Glow Ink, while Goats can become aggressive and ram into players if they get too close.

Next, this update adds a wide variety of new blocks to the game, like Dripleaf, Pointed Dripstone, Cave Vines, Azalea Leaves, Flowering Azalea, Rooted Dirt, Amethyst Geodes, and Moss Carpet, among others.

In addition to finding these new blocks, players can now craft new items, like a spyglass and tinted glass. Plus, players can now find Copper, which can be used to build items that will visibly “age” over time, just as copper ages in the real world. This aging process will turn the copper into three different blocks over time: “Exposed Copper,” “Weathered Copper,” and “Oxidized Copper.”

Head over to Minecraft’s website to view the full list of changes and additions that were brought to the game with this major update.

Is your family excited to try Minecraft’s new features? Let us know on Twitter at @superparenthq.