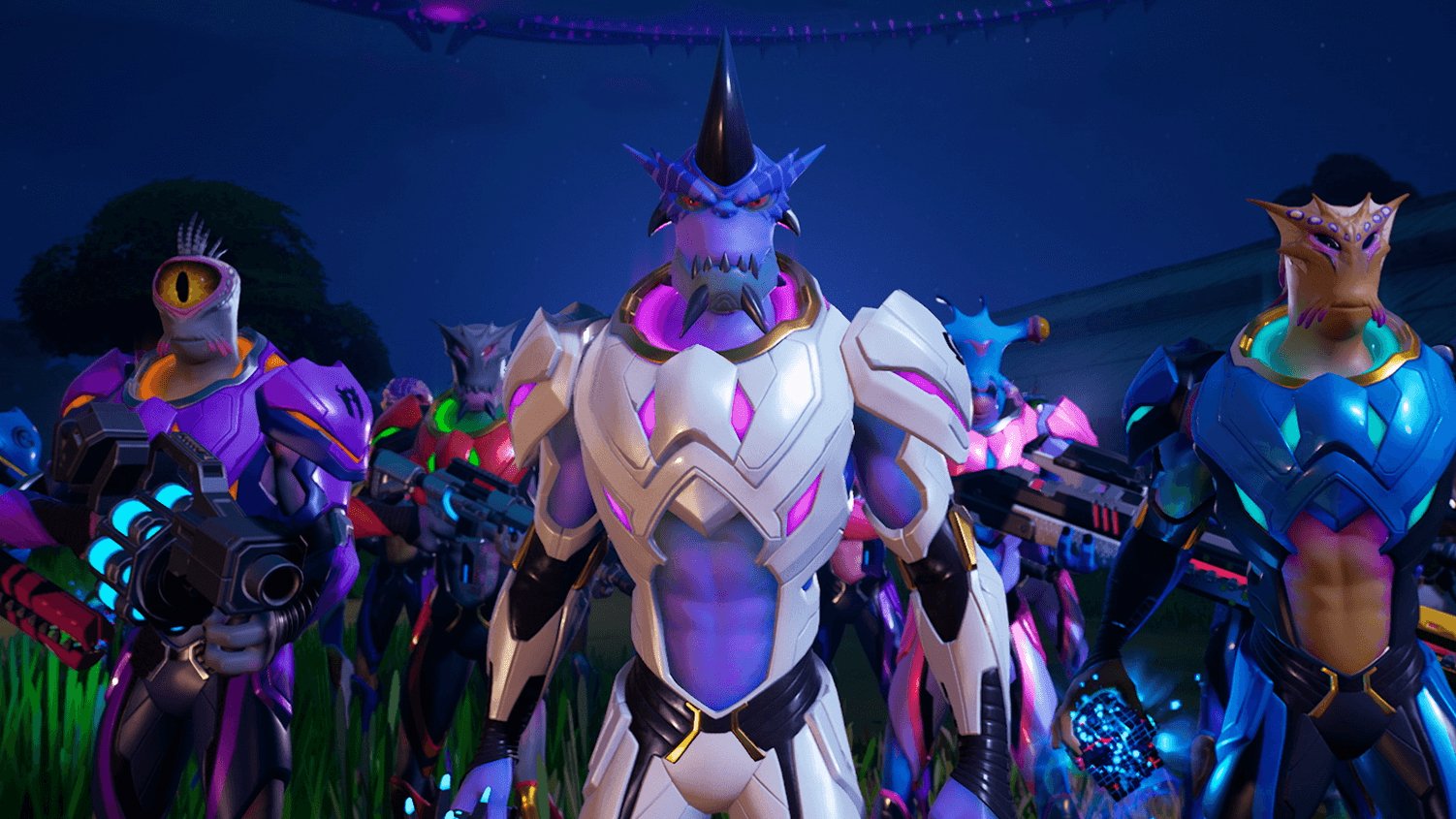 In Fortnite Chapter 2 Season 7, aliens Saucers can abduct players and drop them at random locations around the island. Players can also shoot these Saucers down to take control of them. Each Saucer has an abduction beam and an energy cannon, and other players can stand on top of the saucer to defend it.

In addition to Saucers, new futuristic weapons have been added to Battle Royale, such as the Kymera Ray Gun and Pulse Rifle. Players can also collect new crafting materials -- Nuts and Bolts -- which can be used to transform existing weapons. For instance, players can combine Nuts and Bolts with an Assault Rifle to create a Burst Assault Rifle. With this update, Nuts and Bolts have replaced the “Mechanical Parts” and “Animal Bones” that used to be found in the game.

This update also offers a new Battle Pass for players to purchase, though this is entirely optional. This Season’s Battle Pass works differently than previous Battle Passes, as it will allow players to unlock the season’s rewards in whatever order they want (previously, rewards were tied to specific season levels in each Battle Pass.)

One of this Season’s Battle Pass rewards is a customizable Kymera alien outfit. Players will be able to choose from a variety of eye colors, head shapes, skin patterns, and so on to create the alien of their dreams. They’ll also be able to collect “Alien Artifacts” as they play that can be used to unlock more customization options for the outfit.

You can learn more about this season’s Battle Pass and new features on Fortnite’s website.

What do you think about the latest season in Fortnite? Let us know on Twitter at @superparenthq.