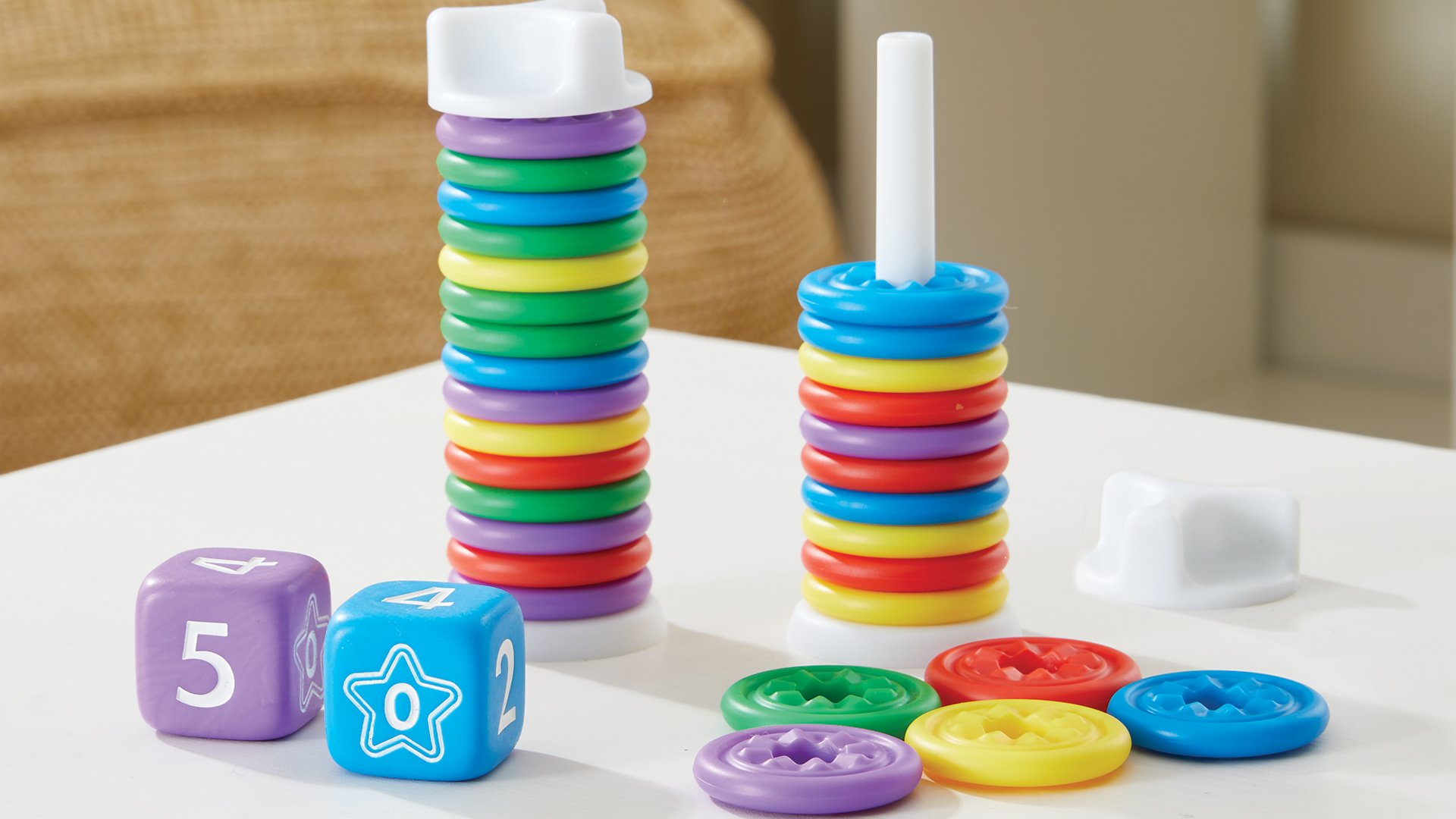 Later this year, Thinkfun will release My First Math Dice, an educational game that’s designed to help littles aged 3+ practice their numbers and early math concepts, such as basic addition and number recognition. The game supports up to two players, and is designed for parents/guardians to play alongside their child.

My First Math Dice comes with two, six-sided dice numbered 0-5, 30 plastic discs (called Counter Chips), and two towers for holding the discs, along with a handy storage bag. These items can be used to play three different games, with one focusing on number recognition, another helping kids build their understanding of “more than/less than,” and the final game allowing them to practice basic addition up to the number 10.

For instance, the “Number Match” game (which is focused on number recognition) gives each player a tower, one die, and 15 of the Counter Chips, which should be laid on the playing surface in piles of 1-5 chips each. On each turn, one player rolls their die and collects the group of Counter Chips that has the same number of chips as the number they rolled. For instance, if kids roll a “3,” they’ll need to find and collect the pile with three chips and place those chips on their tower.

In this example, if the child rolls another “3” later on, they’ll need to recognize the fact that the pile with three chips is already gone, and they won’t collect any chips on that turn. The first player to collect all of their chips wins.

In addition to providing rules for the three games, the My First Math Dice instruction booklet includes teaching tips that can help parents create additional learning opportunities for their kids as they play. For instance, the game encourages players to regularly count their chips to build in some counting practice, as well as use the chips to help kids understand the concept of the number zero.