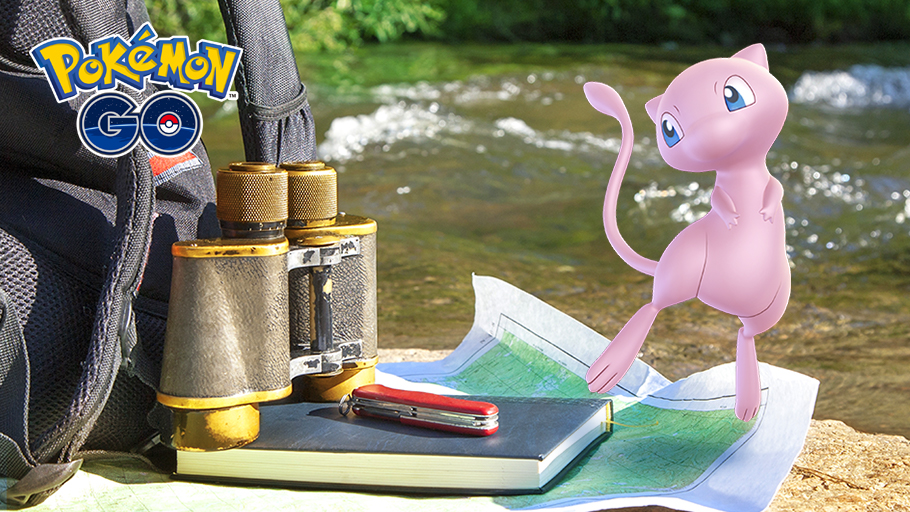 In March 2018, Pokemon Go introduced in-game research tasks, or quests, to players. These research quests provide new things to do and goals to shoot for as players collect Pokemon by exploring the real-world around them.

The quests come in two types: Field Research and Special Research. Our guide will break down everything you need to know about both.

Do I have to complete research tasks?

Nope, these tasks are optional. Feel free to ignore them. If you don’t complete them, you won’t receive the rewards they provide, but you also won’t be penalized.

What are Field Research tasks?

Field Research tasks are quests players can receive by spinning the photo disc at PokeStops. Each task asks players to complete a specific action, such as “Win 3 Gym Battles” or “Catch a Dragon-type Pokemon” (for instance, Dratini). When a player completes the required task, they can turn it in to Professor Willow to receive an in-game prize.

Players can receive all sorts of prizes from these quests, from Potions and Berries to Poke Balls, Rare Candies, and encounters with Pokemon.

Players can have three active Field Research tasks at one time (this includes tasks that have been completed, but haven’t been turned in yet). If a task seems too difficult (or you’re just not interested in completing it), you can tap the garbage can in the corner of the task to delete it, freeing up space so you can collect a different task.

When players turn in their first Field Research task each day, they receive a stamp that goes toward their overall “Research Progress.” When players collect seven stamps, they’ll have a “Research Breakthrough” and will receive an extra set of prizes, which includes an encounter with a Pokemon.

This Pokemon may be special in some way (for instance, one with a special battle move), or it could be a Legendary Pokemon that’s no longer available to capture otherwise. For example, during August 2018, players can collect seven stamps to be rewarded with an encounter with the Legendary Pokemon Raikou.

Is there anything else I need to know about Field Research tasks?

Here’s a tip to keep in mind. If you’re the kind of player that only plays Pokemon Go a few days each week, save your completed tasks for days that you won’t play, rather than turning them all in on the same day. You may not be able to collect any new tasks while you’re waiting to turn the others in, but by turning in one of these tasks each day, you can earn stamps on days that you wouldn’t otherwise be playing.

Here’s another tip: When you turn in a quest that has a Pokemon encounter as a reward, you don’t have to capture the Pokemon right then and there. You can leave the capture screen and the encounter will be waiting for you to finish later. This strategy can be useful if you’re running low on Poke Balls or storage space in your Pokemon bag, as you can come back to the encounter when these factors are no longer issues. You can also use this technique to ensure you capture a Pokemon on a day you may otherwise not be playing Pokemon Go, which can help keep your Pokemon capture streak alive. Just keep in mind that a future update (coming August 27, 2018) will limit the number of unfinished encounters you can have stored to 100.

Finally, it’s worth noting that new and different Field Research tasks have been added to the game since this feature first launched. For instance, a recently added quest asks players to make three curveball throws in a row for a chance to encounter a Pokemon called Spinda, which previously wasn’t available in the game.

What are Special Research tasks?

Special Research tasks are story-based quests delivered by Professor Willow, which are split into “storylines.” So far, only one storyline has been released to all players, allowing them to encounter and capture the mythical Pokemon Mew.

A second, special storyline was available for attendees of Pokemon Go Fest in Chicago in July 2018, which allowed attendees to collect the mythical Pokemon Celebi, but Celebi isn’t available for other players just yet.

Mew’s quest line is called “A Mythical Discovery,” and it’s split into eight parts, each containing different tasks to complete. As of this writing, there’s no time limit for completing these quests, so players can take as much time as they need to finish them (and some will probably take a long time). Players will receive a variety of in-game rewards (including lots of experience points) as they work through these quests.

The storyline ends with players being given the opportunity to capture Mew. Mew can’t be encountered in any other way, and it can’t be traded. In other words, if you’re interested in owning Mew, you must complete these quests.

As reported by Pokemon Go Hub, here are the requirements and prizes for each of the eight stages.

Rewards: 500 experience points for each completed task; 10 Great Balls, 1 Egg Incubator, and 3 Lure Modules when all three tasks are finished

Rewards: 1,000 experience points for each completed task; 2,000 Stardust, 3 Incense, and 20 Great Balls when all three tasks are finished

Rewards: 1,500 experience points for each completed task; 1 Fast TM, 1 Charge TM, and 2 Star Pieces when all three tasks are finished

Rewards: 2,000 experience points for each completed task; 4,000 Stardust, 3 Lure Modules, and 20 Great Balls when all three tasks are finished

*Medals are like in-game achievements. To earn the Kanto Silver Medal, you’ll need to have registered 50 different Pokemon from the Kanto region in your in-game Pokedex. You can see how many Kanto Pokemon you’ve registered by going to your Pokedex and looking at the number under “Kanto” at the top of the screen.

Rewards: 2,500 experience points for each completed task; 1 Premium Raid Pass, 1 Lucky Egg, and 15 Revives when all three tasks are finished

Rewards: 3,000 experience points for each completed task; 6,000 Stardust, 5 Rare Candy, and 3 Incense when all three tasks are finished

Rewards: 3,500 experience points for each completed task; 8,000 Stardust, 20 Ultra Balls, and an encounter with Mew when all three tasks are finished

*The Kanto Gold Medal can be earned by registering 100 Pokemon from the Kanto region in your Pokedex.

There you have it - now you’re ready to take on Pokemon Go’s quests and collect plenty of in-game prizes along the way. As usual, if you have any Pokemon Go questions, share them with us in the comments, or tweet us at @superparenthq.