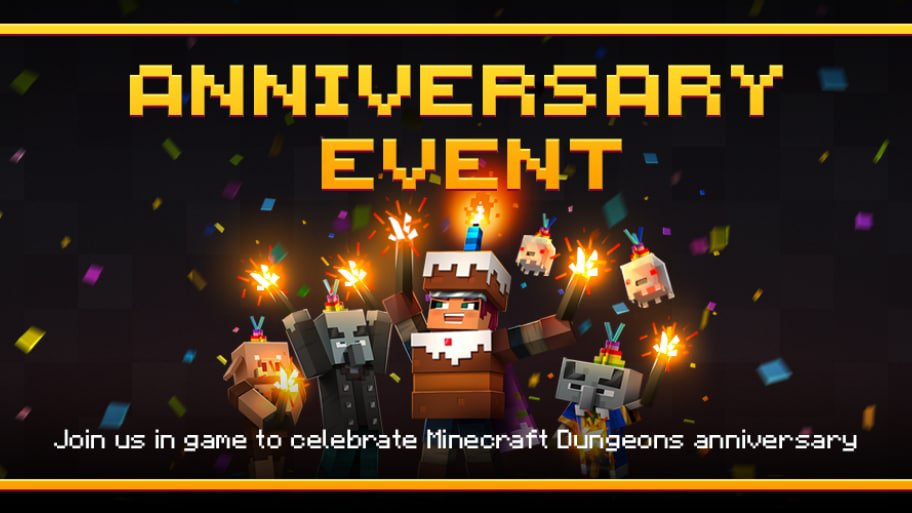 Minecraft Dungeons was released one year ago (in May 2020), and the game’s developer, Mojang, is celebrating by hosting an Anniversary Event in the kid-friendly dungeon-crawling game.

(If you're unfamiliar, Minecraft Dungeons challenges players to defeat the evil Arch-Illager by completing missions in procedurally generated levels that take place in the blocky world of Minecraft. You can learn more in our review.)

The Minecraft Dungeons Anniversary Event will run from May 26 to June 8. During this time, players will be able to complete a series of Seasonal Trials in order to earn special rewards, including a cake-inspired “Birthday Cape” that’s only available to collect through this event.

Minecraft Dungeons is available on consoles and PC. The game is rated E10+ for Everyone 10+ by the ESRB.

Does your family play Minecraft Dungeons? Let us know on Twitter at @superparenthq.