Nerf Strike Is a Fun Kid-Friendly Shooter on Roblox 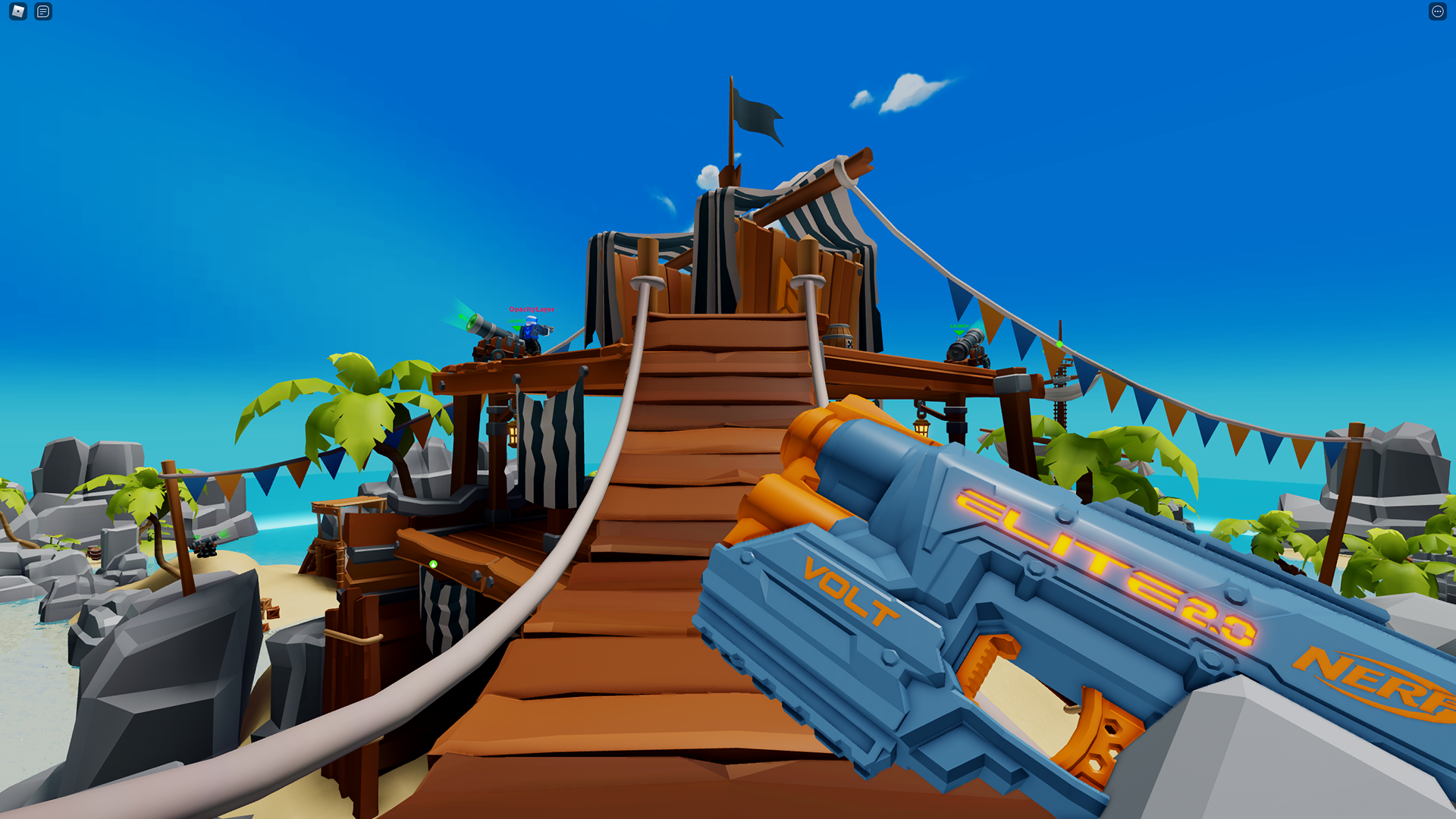 Video game publisher Metaverse Team has launched Nerf Strike exclusively on the Roblox platform. Developed by The Gang, the kid-friendly first-person shooter allows kids (and adults) to compete in multiplayer matches with other players around the world, even if they’re using Roblox on a different platform. (The term “first-person shooter” means the game’s camera is designed to appear as though you’re looking through your character’s eyes).

At launch, Nerf Strike features three different maps (a medieval market, pirate-themed tropical island, and a space station) and two gameplay modes: Team Match and Free-For-All. Each match supports up to 24 players. In the Team Match mode, two teams of 12 players will work to tag members of the opposing team with Nerf darts, while the Free-For-All mode will challenge each player to earn victory on their own.

Rather than using real guns and bullets, Nerf Strike allows players to use eight different Nerf blasters (inspired by ones you can buy in the real world) and shoot foam darts at each other. This makes the game very non-violent. Players technically take “damage” from being hit (or “tagged”) by a Nerf dart, but they never die. When they run out of “health” points, they can simply respawn and quickly get back into the battle.

In addition to Nerf blasters, players have access to a few special tools that can help them during matches. For instance, they can toss an automated Nerf turret into the environment, which will stand in one place and automatically fire at nearby enemies.

As players participate in matches, they’ll earn experience points and can level-up over time. They can also unlock upgrades for their blasters and new abilities for their character as they progress.

While the game is free to play on the Roblox platform, players have the option to spend real money to unlock in-game content instantly, rather than waiting to unlock it for free over time.

Nerf Strike is now available to play for free on Roblox. We had the chance to play the game before it was released, and we were really impressed by the game’s design and overall experience. The game feels much more like a regular console video game than some of the other experiences you may find on Roblox.

To learn more about Nerf Strike, or to jump into a battle, head over to the game’s page on the Roblox website.