Super Bomberman R Online Launches On Consoles and PC May 27 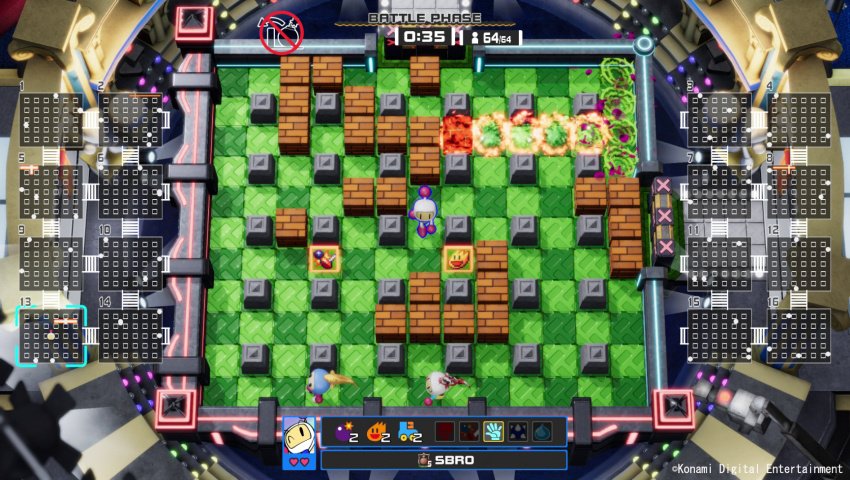 Old-school gaming hero Bomberman's adventure Super Bomberman R has been confirmed for a May 27 release date.

Super Bomberman R takes the classic grid-based Bomberman experience and takes it online, allowing players to compete against other Bomber-people in 64-player online mayhem. A Grand Prix mode lets players split into teams in order to score points in a 1v1, 2v2, or 3v3 setting, while Crystals mode turns the game from blowing up other players to gathering crystals on the stage.

The optional Premium Pack will give players access to multiple costumes spanning many of Konami's most famous franchises. The pass includes Simon and Richter Belmont from Castlevania, Naked Snake and Raiden from Metal Gear Solid, and Bill and Lance from Contra among the 14 available costumes. The pass can be purchased separately for $9.99.

Super Bomberman R has been rated Everyone 10+ by the ESRB. It will be available on Switch, PlayStation 4 and 5, Xbox Series X|S, and PC as a free download with extra in-game purchase options -- including the previously mentioned Premium Pack -- on May 27.