Miitopia: 5 Tips for Getting Started in This Family-Friendly RPG 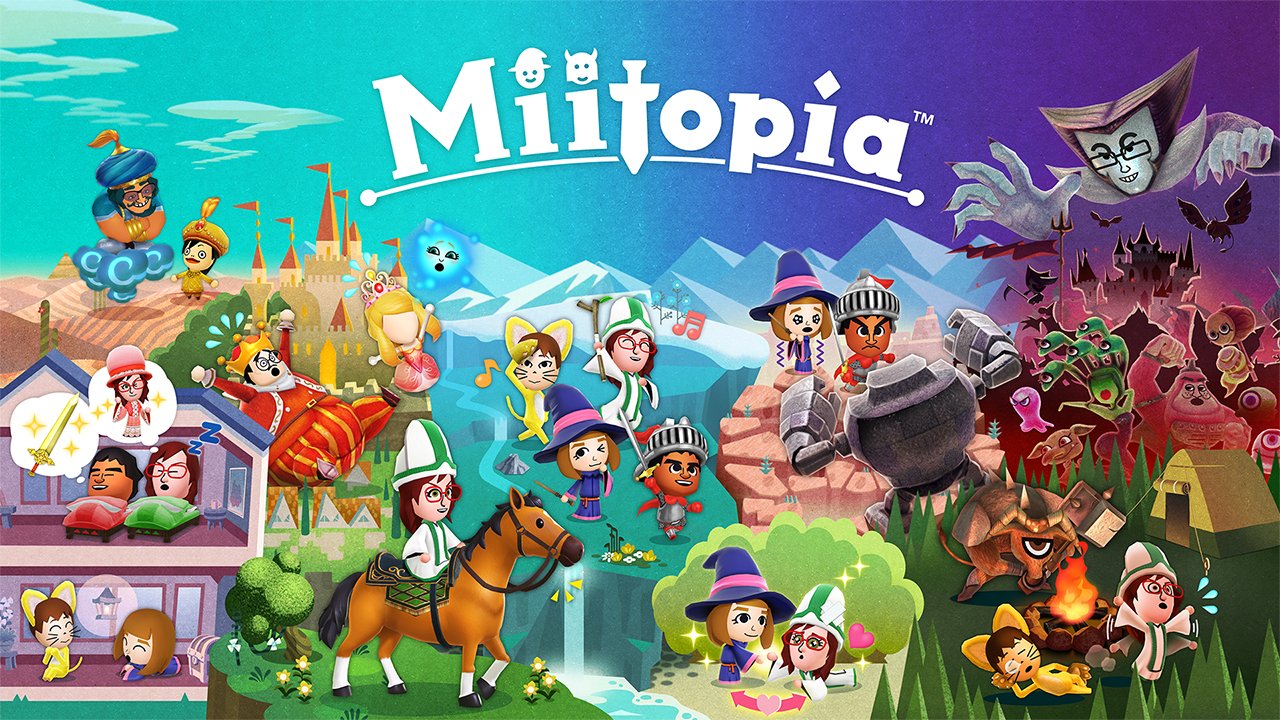 After being released on Nintendo 3DS in 2017, Miitopia has come to Nintendo Switch in a new updated release.

Miitopia is a role-playing game starring Nintendo’s “Mii” characters, which players can customize to look like real people they know or anyone their imaginations can dream up. To start, players will be asked to customize the appearance of their own Mii character, and from there, they’ll be able to able to customize the appearance of teammates who will join them in battle, secondary characters who live in the in-game world, and even the game’s main villain -- the Dark Lord -- who has traveled throughout the world of Miitopia and stolen Miis’ faces and given them to monsters. (Players can also choose from a variety of “Look-Alike” Miis or stock Miis if they don’t want to create each character from scratch.)

If you didn’t play Miitopia on Nintendo 3DS, or you’re just looking for some pointers as you dive back into this clever fantasy world, we’re here with five tips that can help you get started in Miitopia on Switch.

Make Sure Your Relationships Reach Level 2 as Quickly as Possible

For instance, once two characters reach relationship Level 2, they’ll unlock the “Show Off” ability that will allow one character to show off for the other during battle. This Show Off ability boosts a character’s attack power on their next attack, so it’s a great advantage that you can unlock very early in the game.

Each time you add a new character to your team, make sure to grow their relationship level with every other character to Level 2 as quickly as possible to take advantage of this quick bonus!

Add a Mage to Your Team Early On

Each time you recruit a new character to your team, you can assign them a job, like “Warrior,” “Cleric,” or “Chef,” among others. Different jobs have different specialities and abilities, so you can mix-and-match these job types to create a well-rounded team.

You’re free to choose from any job when you recruit a new character to your team, but we recommend adding a Mage to your lineup fairly early on. As characters participate in battles, they’ll earn experience points and level up, which allows them to unlock new abilities. One of the Mage’s first abilities is a lighting spell that can hit up to three enemies in a single attack!

If you focus more on “healing” job types at the beginning of the game, rather than offensive ones, you may have trouble defeating some of the game’s early enemies and bosses, since you’ll have a lack of attack power. By adding a Mage to your team as one of your first teammates, you can take advantage of its great Lightning attack to potentially wipe out multiple enemies with a single hit!

Replay Levels Before Moving On

As you explore the world of Miitopia, you’ll complete stages that will see your characters walk across the screen automatically until they encounter an enemy or find an important object (like a treasure chest). In some stages, your party will come to forks in the road, and you can choose which path to take to reach the end of the area.

Once you finish one of these stages, you’re free to move onto another area on the in-game map. However, you can also replay the stage you just completed in order to choose the other path when you get to the fork. By replaying stages, you can encounter more enemies to defeat (giving you more experience points to level up your characters), as well as find objects like treasure chests that you may not have found the first time around.

When you’re completely finished with a stage, a yellow flag will be added to the stage on the in-game map so you’ll know you’re done with the area.

Hold Down B to Speed Things Up

If you want to make quick progress through Miitopia, you can press and hold the “B” button to speed up gameplay. Holding down the “B” button will make your party walk faster through environments, and it will also speed up actions during battles and cutscenes. This is especially handy if you decide to replay stages in order to collect any items you may have missed!

Early on in your journey through Miitopia, you’ll meet the Nintendo Fan, who will ask you to show them any amiibo you have in your collection. If you scan certain amiibo figures into Miitopia, such as Princess Peach and Isabelle, you’ll receive a costume for your Miis that’s inspired by that character. Scanning any other compatible amiibo figure will give you Game Tickets, which you can redeem at the game’s arcade for helpful in-game goodies.

If you have lots of amiibo in your collection, make sure to scan each and every one to receive tons of free items!

Miitopia is rated E for Everyone by the ESRB. To learn more about Miitopia, check out our other articles about the game.

Pokemon Go December 6, 2022 Spotlight Hour: Everything You Need to Know