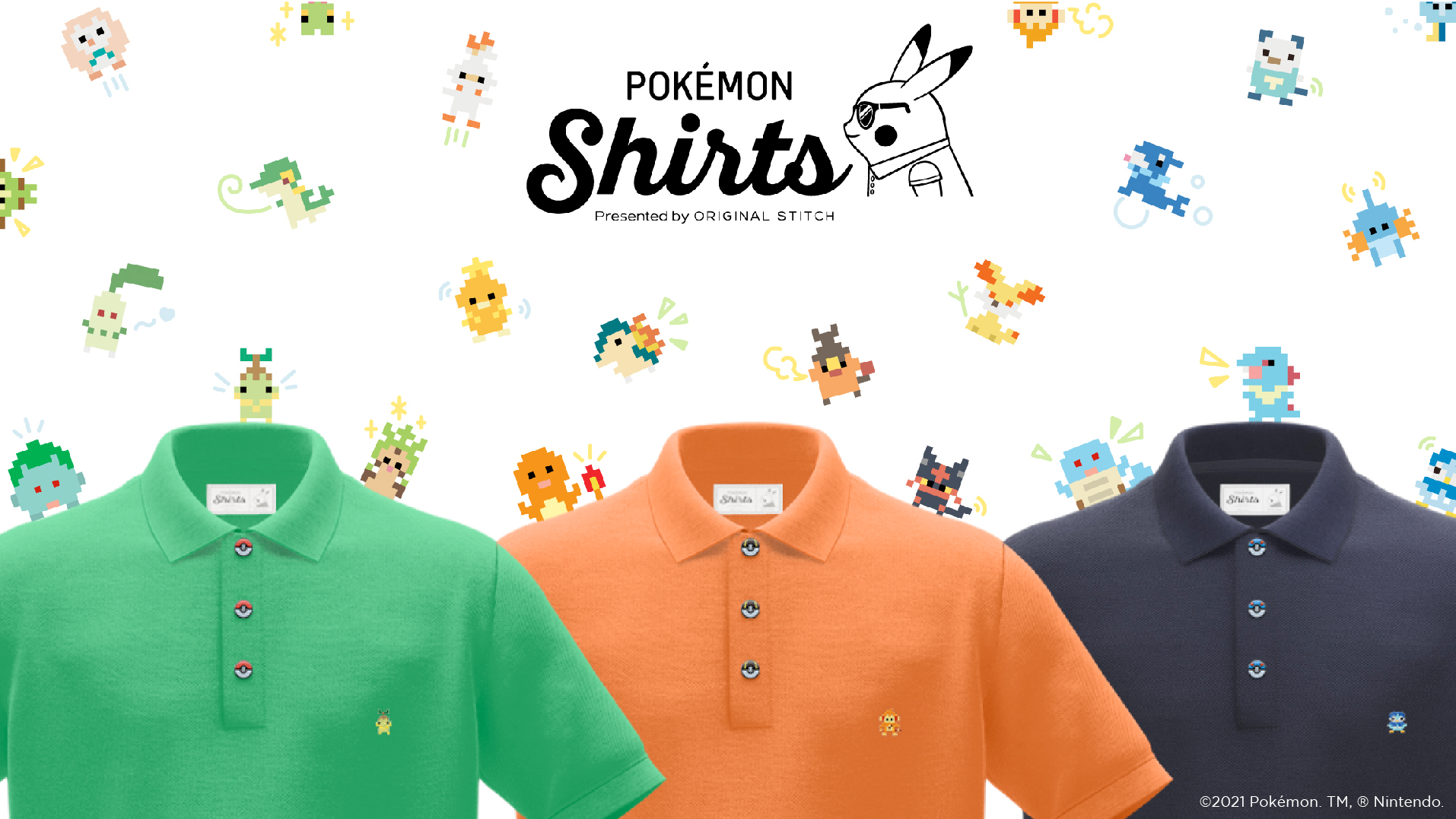 The Pokemon Company and Original Stitch, the company behind the Pokemon Shirts clothing line, have introduced a limited-edition, customizable Pokemon Polo that celebrates the 25th anniversary of the Pokemon franchise. (The original Pokemon video games, Pokemon Red and Pokemon Green, were released in Japan in 1996.)

This 25th anniversary Pokemon Polo has silver Poke Ball buttons and a 25th anniversary tag. Fans can customize the rest of the shirt’s appearance by choosing from different fabric colors and Pokemon embroideries. Currently, shoppers can choose from over 150 different Pokemon-inspired embroideries for the front of the shirt, including 21 new designs inspired by the partner Pokemon found in each region of the Pokemon universe (Kanto, Johto, and so on).

The anniversary Pokemon Polo will only be available until December 31, 2021.

In addition to this special, limited-edition polo, Original Stitch’s regular Pokemon Polo collection has been updated to give shoppers new ways to customize these shirts. For instance, they can now choose buttons inspired by the Dive Ball, Moon Ball, and Cherish Ball, as well as new fabric colors for the base of the polo.

A single Pokemon Polo is priced at $85. It’s considered a unisex item, and it’s available in sizes 00 - 08. You can check out the new Pokemon Polos and Original Stitch’s entire Pokemon Shirts clothing line on the company’s website.