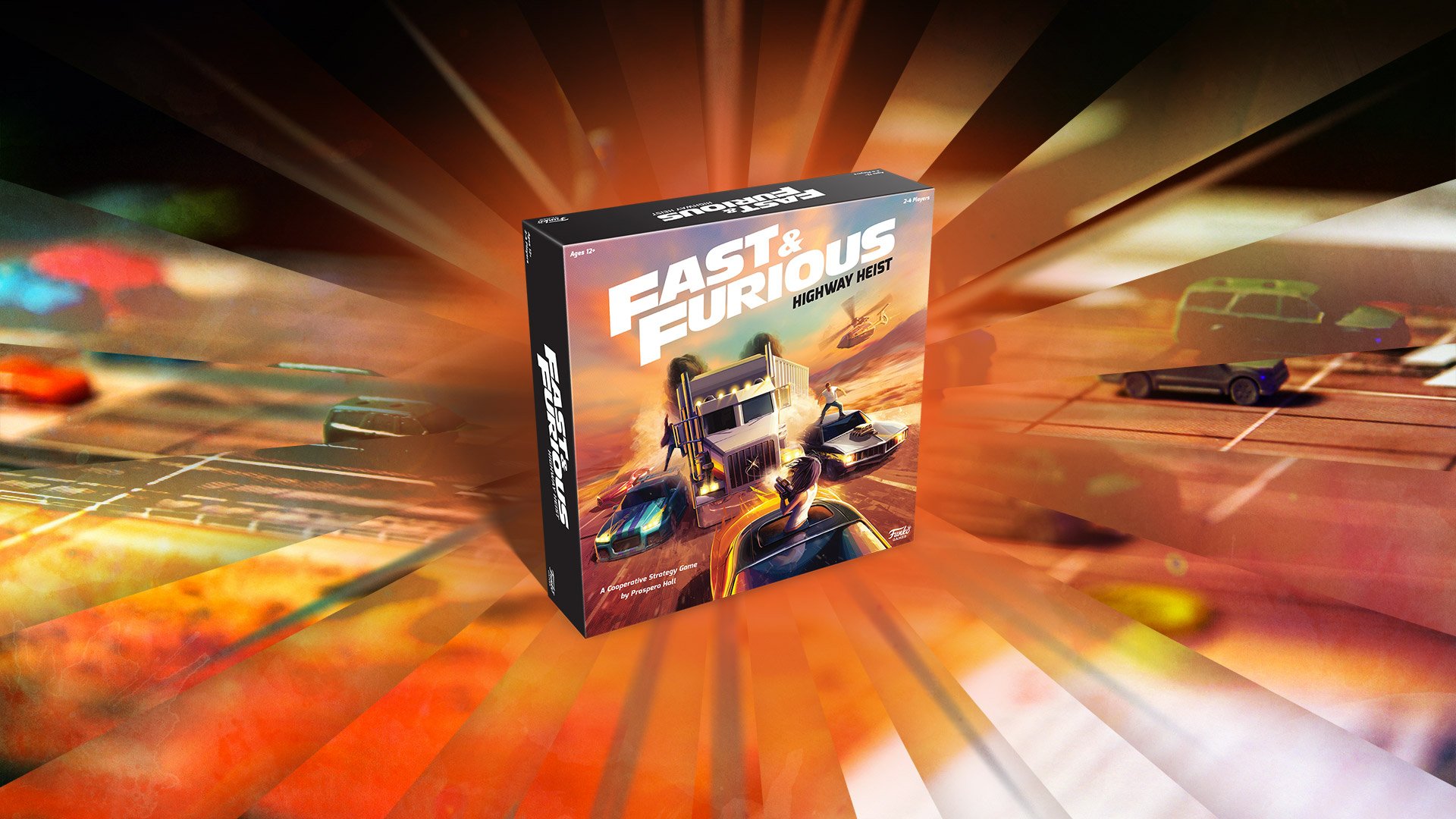 We had the chance to check out this new tabletop game.

What is Fast & Furious: Highway Heist?

Fast & Furious: Highway Heist is a cooperative strategy game for 2-4 players aged 12+ that features three different scenarios inspired by the Fast & Furious film franchise. Each scenario challenges players to work together to take down enemy vehicles or grab valuable cargo.

In the Tank Assault scenario, you’re challenged to stop a stolen tank being driven by Owen Shaw. The Semi Heist scenario, meanwhile, challenges you to get on top of a semi truck and toss cargo from the truck to other players. Finally, the Chopper Takedown scenario asks you to take down a helicopter and sports car owned by Deckard Shaw.

While the game features characters and inspirations from the films, you aren’t required to watch the films in order to play and enjoy the game.

While the three scenarios feature a few gameplay differences, the basic gameplay loop is the same throughout.

The game is played on a horizontal board that represents a stretch of open highway. The road is split into a rectangular grid, and players will need to place their own vehicles, as well as enemy vehicles (both the main enemy vehicles and supporting enemy SUVs) onto specific rectangles before the game begins, with the layout being determined by the scenario.

Players can choose to play as one of six different characters from the films (Dom, Brian, Letty, Tej, Roman, or Han) as well as choose one of four vehicles to drive. Each character and vehicle has different stats (things like speed and defense), as well as special abilities that can be triggered while playing.

During each round, each player can take up to two actions. These actions can include things like driving to a different spot on the road, ramming into an enemy SUV in an attempt to wreck it, and even leaping out of the car and onto the roof of a vehicle.

Some actions require players to roll one or more dice to see if they were performed successfully. The number of dice each player rolls is determined by the stats of the character and car they selected. This gives you the chance to use some strategic thinking before the game even begins, since you can select a character and car combination that will give you the most dice to roll for actions you think you’ll need to take repeatedly during the chosen scenario.

Once every player has taken their turn for the round, players will roll the enemy die to determine the enemy’s action(s) for that round. Depending on the outcome of the dice roll, enemy vehicles may bash into the players’ vehicles, enemies may leap out of SUVs to stand on top of vehicles (where they can brawl with players), and more.

Finally, the game features enemy cards that will give you mandatory actions to complete during each round, as well as stunt cards that can be activated by arranging vehicles in certain positions. These stunt cards are inspired by the over-the-top action sequences in the Fast & Furious films.

Fast & Furious: Highway Heist has a lot going on, and it can take quite a while to understand the fundamentals before and during your first game. You may also need to refer to the rulebook from time to time while playing until you master the quirks of all three scenarios. That being said, there’s a big difference between a game being overly complicated to the point of frustration (which this is not) and simply having a lot of elements to keep track of.

Highway Heist has lots of different components and steps to carry out on each turn, but once we understood the basics, we enjoyed the process of communicating and strategizing about what actions each player should take on their next turn.

With so much going on during each round, Fast & Furious: Highway Heist takes a while to play (the game has an estimated playtime of 60 minutes). It also requires a large play surface, especially if you’re playing with more than two people.

Finally, while the general gameplay is about fast cars and car wrecks, the game does reference some more mature topics, such as physical altercations (brawls) between player and enemy characters. Plus, in the Semi Heist scenario, the semi driver can occasionally shoot his shotgun at players on the roof of the vehicles. When this happens, players must leave the roof of the vehicle -- the characters aren't shot and they can never die.

Fast & Furious: Highway Heist is a complicated game, but not overly so. There’s an element of chance involved when it comes to the enemy die and cards, which can mess with your strategic planning, but there’s also a fun payoff when you can overcome the obstacles and pull off a cool stunt to destroy an enemy vehicle.

If your family enjoys the Fast & Furious films, Highway Heist is a fun way to keep the action going even after the credits roll.