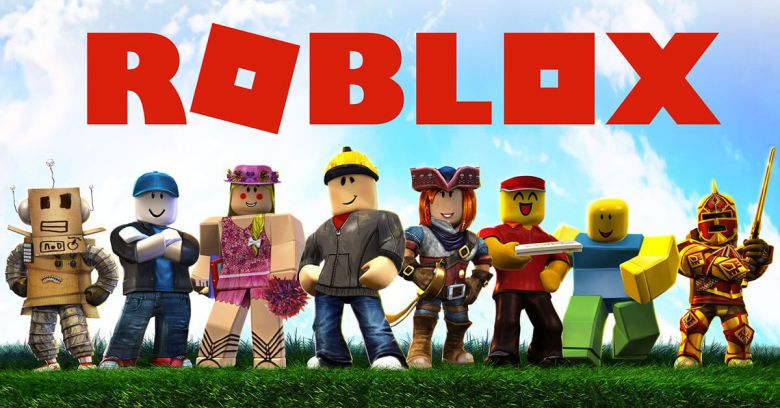 If you have digital-literate kids, they probably play Roblox. With more than 64 million active players every month worldwide, it’s one of the most popular and successful platforms. For absolute noobs, here’s the basics: it’s a sandbox construction game sort of like Minecraft, but with access to a robust programming language called Lua. That language allows players – kids and adults alike – to essentially create their own games and post them online for others to experience.

Roblox games come in a wide variety of genres. Some of the most popular include Jailbreak, a rough-edged Grand Theft Auto-alike that lets kids play as cops and robbers; Natural Disaster Survival, which boasts a bunch of apocalyptic phenomena to ride out; and zombie survival Apocalypse Rising. The cartoony, Lego-like visual style of Roblox keeps these games from looking too scary, but designers have a ton of freedom in regards to what they create.

That freedom, though, has some serious downsides when it comes to safety. Recently, we’ve seen a wave of stories about kids being exposed to Roblox content that’s extremely inappropriate.

The place to start is with North Carolina mom Amber Petersen, who grabbed headlines earlier this year when she posted on Facebook about her seven year old daughter’s shocking experience in the game. The girl was playing on her iPad in a multiplayer area when she was approached by two male avatars, one of whom had crafted crude genitals for his player model. They proceeded to sexually assault her, miming thrusting on her prone avatar’s body. (We won't link the screenshot. It's too graphic.)

Roblox identified the responsible players and banned their accounts, but the damage was done. Just a day later, Roblox was in the news again for hundreds of sexually explicit videos made on the platform and uploaded to YouTube.

Petersen’s case isn’t an isolated incident. I spoke to numerous parents with kids who have been exposed to unwanted violent and sexual content in Roblox, despite the company’s best efforts to filter it. Vanessa Moon Kuster’s son Gabe played the game for months before she learned that he’d regularly seen avatars having sex, been asked to “date” on the platform, and more. I asked her what it was like and why Gabe kept it secret from her.

“The characters were laying on top of each other and the other was a sitting position between two characters. He knew it was sex because the text and “noises” being made during the simulation. He said it made him feel uncomfortable and he tried to ignore it. He also said when he walked in on a situation like this he would play loud music to try to dissuade the characters from doing this. He also said he blocked and reported them. Emotionally, when he told me what was going on he was sobbing. I think out of embarrassment and the fear of losing the privilege of the game.”

It’s easy for parents to gloss over what their kids are doing in Roblox because it looks so innocent, but the impact of this exposure can be pretty severe. It’s a tough task to teach kids about sex and consent, and we sure don’t want some stranger with a low-polygon penis doing it for us without our knowledge.

Keeping online spaces age-appropriate is a tremendous challenge that nobody’s yet been able to tackle perfectly. Even a company as storied as Lego, with decades of experience, couldn’t hack it. In 2010, they released Lego Online, a massively multiplayer construction and adventure game. The world only stayed open for two years, and one of the developers went online to talk about the moderation process – it was technically impossible for them to code a computerized method to screen out genitals and obscenities, so every single build was reviewed by a human moderator before it was published to the world.

Obviously that kind of content moderation isn’t feasible for something like Roblox and its tsunami of new content uploaded every day. There are already automated safeguards that replace profanity and sexual terms with gibberish in in-game chat, and employees police inappropriate uploads when they’re reported. But in any ecosystem this big, things are going to slip through the cracks.

Policing online space and dealing with the consequences of bad actors is nothing new. In 1993, Julian Dibbell published an article in the Village Voice called “A Rape In Cyberspace.” It was one of the first examinations of unwanted sexual advances in a virtual space – in this case, text-only game LambdaMOO. In it, Dibbell profiles a player named “Mr. Bungle” who ran a program that allowed him to attribute actions to other users, using it to spend several hours making them act out a number of sexual situations in public.

Dibbell’s article opened the public’s eye to issues of control and consent online. Virtual spaces can often be useful for people to explore issues of identity and push boundaries that they couldn’t in the real world. Unfortunately, that exploration can come at the expense of other people. On a platform like LambdaMOO, all of the users were adults, and even they were still hit hard by the violations of their digital “selves.” For kids, who haven’t developed a full understanding of sexuality and responsibility, it can be even more damaging.

The Roblox creators can work to filter out objectionable content as hard as they want, but they’re never going to be able to plug every loophole. It’s important to not only know what your kids are playing, but also give them the confidence to talk to you about things they might see online.

For Vanessa, she’s confident that removing Roblox from Gabe’s life was a good choice. He still plays Minecraft and similar games, but nothing online. While she thinks that he’ll probably go back to online gaming at some point, it’s not going to be with Roblox, which she says “left a bad taste in my mouth.”

Balancing the creative freedom that is Roblox’s biggest draw with child safety is likely to be a challenge for the company – and for parents – as long as it’s online. It’s easy to simply assume that because the game looks family-friendly the content will be innocuous, but that’s not the case.

As with any game, the best way to keep your kids safe is to stay involved with them. Check in on their play, or even better, play with them. If they do encounter something inappropriate, work with them to report the offending users to help make their digital space safer for other kids, and then talk through what they saw and experienced. It’s a big world out there, both offline and online, and sometimes it gets bigger than we’d like.