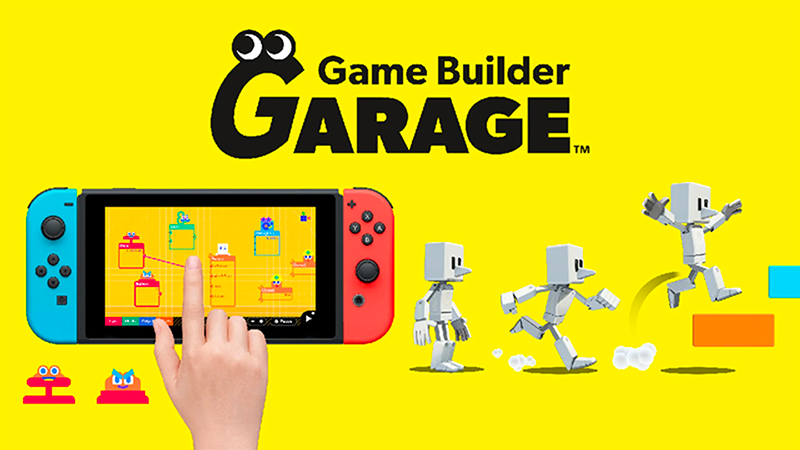 Nintendo revealed a new title for video game fans who are interested in creating their own games: Game Builder Garage.

In Game Builder Garage, players will be able to learn “the basics of visual game programming” and then create games and experiences by connecting helpful creatures (or blocks) called Nodon. There are lots of different Nodon to choose from, which have different functions. Players can connect Nodon in specific ways to trigger actions or effects in their finished game.

When players first start Game Builder Garage, they can play through the game’s “Lesson Mode” to complete step-by-step lessons that teach them about the game’s different Nodon and the basics of visual programming. As they progress through this mode, they’ll be able to test their knowledge of what they’ve learned at Checkpoints.

Once players are comfortable with the game creation tools, they can build their own games in the Free Programming mode. This mode allows players to experiment with the different tools and Nodon in Game Builder Garage, and quickly switch between the “programming” and “gameplay” screens to instantly test what they’ve created.

Finally, Game Builder Garage will allow players to share their created games with others, as well as download and play games created by other people. When you play a game someone else has made, you’ll be able to jump into the programming side of the game to see how it was created.

Game Builder Garage will be released on Switch on June 11 for $29.99. The game is rated E for Everyone by the ESRB.