New Pokemon Snap: How to Take a 4 Star Picture of Torterra 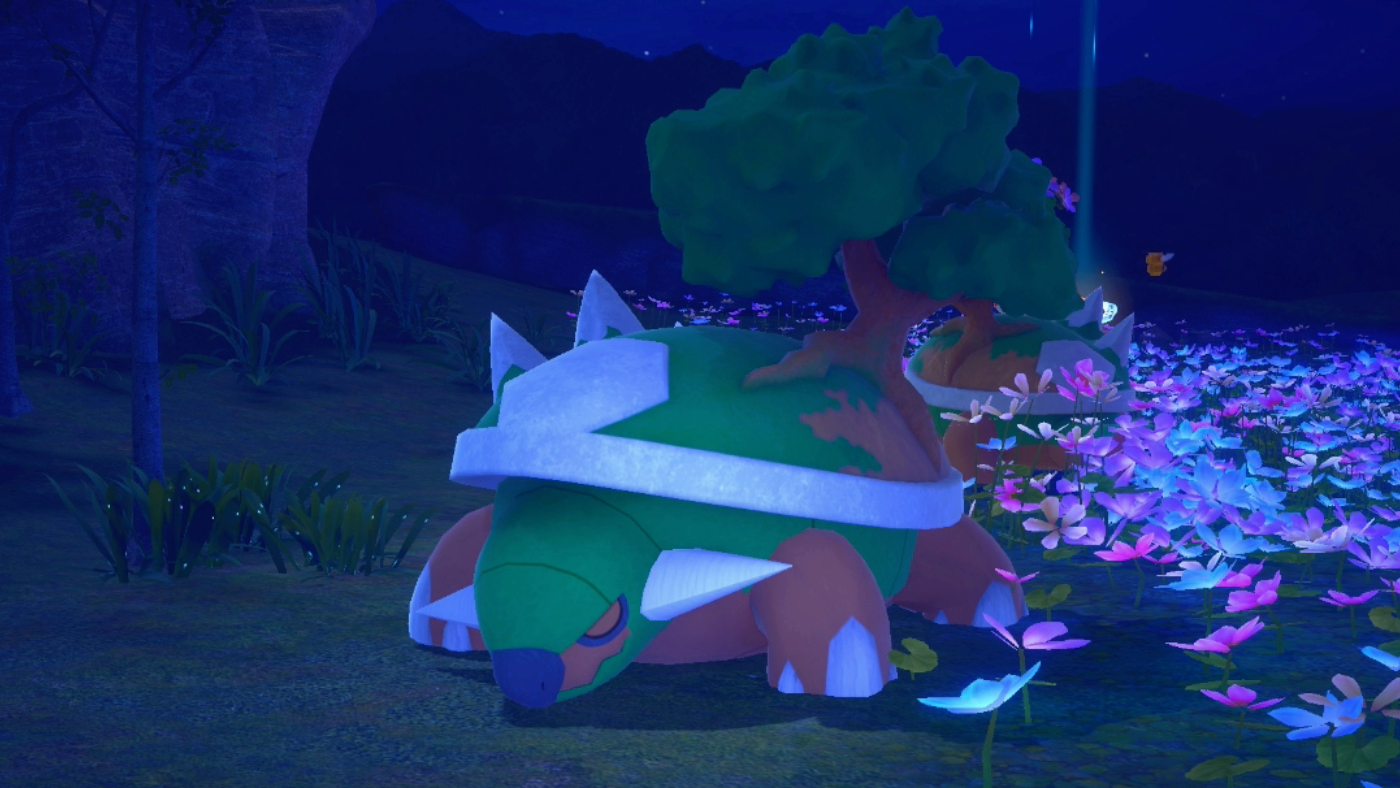 In New Pokemon Snap, the photos players take are graded by Professor Mirror, who gives each photograph a score, as well as a star rating from 1-4 stars.

(Before we begin, keep in mind that there may be more than one way to take a four-star photograph of Torterra. However, the method below has worked for us on multiple occasions, so it should work for you as well!)

Choose to play through Research Level 2 of the Park (Night) level.

Before you reach the flower field at the end of the stage, you’ll come across a group of sleeping Torterra near the water.

Toss a Fluffruit at one of these Torterra to wake it up. If it yawns, quickly take a picture, because that yawning Torterra is your four-star photo opportunity!

Since there are multiple Torterra in this level, you have multiple chances to wake one up and take this shot. If you take a picture of a Torterra while it’s yawning, you should have a four-star rating waiting for you at the end of the level! As a bonus, taking a photograph of a yawning Torterra will also allow you to complete Rita's "A Terrific Yawn" request!

And that’s all there is to it! Keep checking back with SuperParent, as we’ll bring you more guides related to taking four-star photos in New Pokemon Snap!