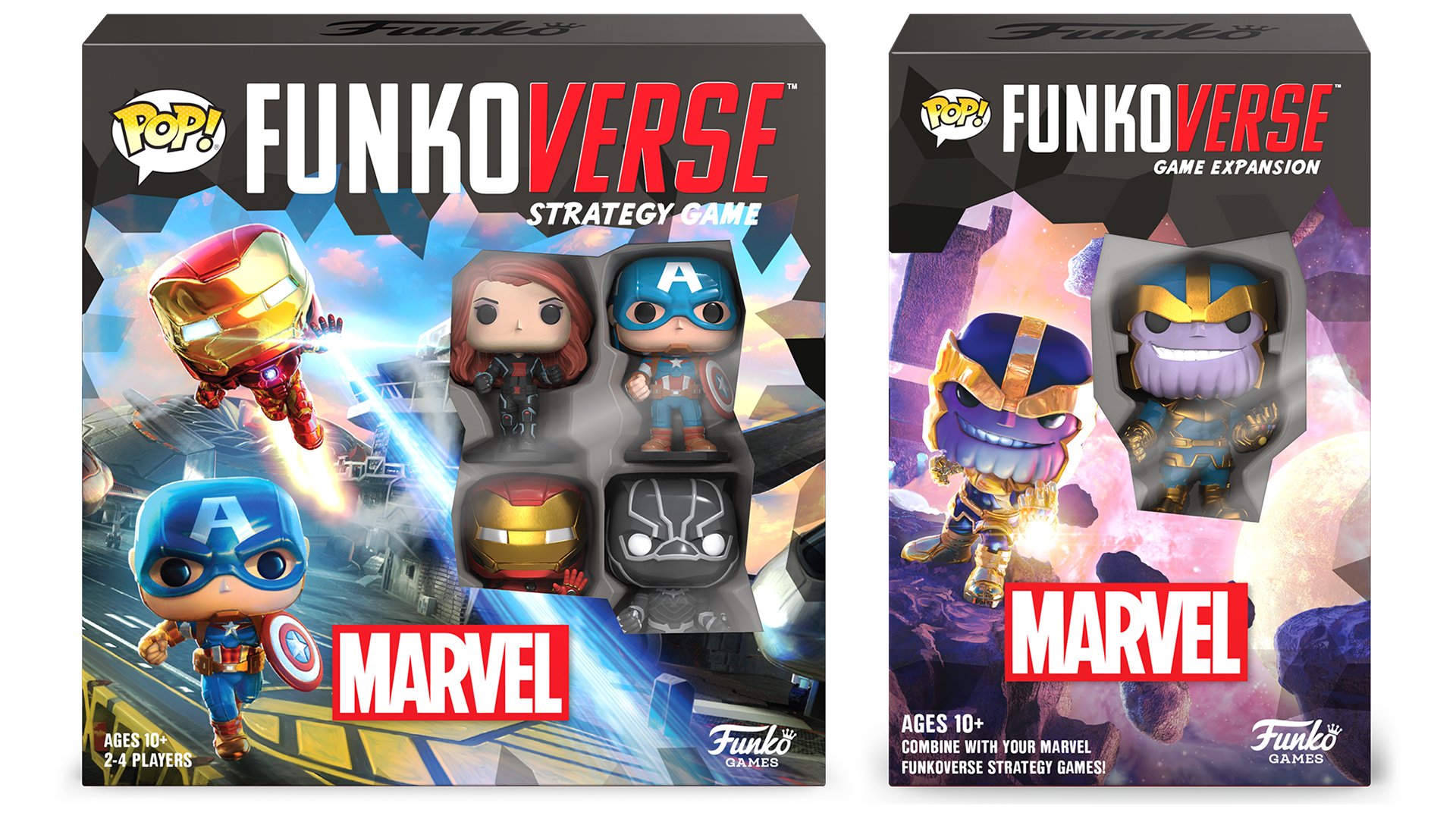 Since Funkoverse debuted in 2019, a variety of Funkoverse games have been released featuring characters and brands like The Golden Girls, DC Comics heroes and villains, Harry Potter, and The Nightmare Before Christmas.

The Funkoverse: Marvel 100 game is for 2-4 players aged 10+. It features figures of Iron Man, Black Widow, Black Panther, and Captain America. The game will include two new Funkoverse game modes called “Scrimmage” and “Siege,” and it will feature two major locations: the S.H.I.E.L.D. Helicarrier and Shuri’s Laboratory in Wakanda.

The other new release is the Funkoverse: Marvel 101 expansion. It includes a figure of Thanos, as well as a new “Infinity War” game scenario that will challenge players to be the first to collect the six Infinity Stones. This expansion also has an age rating of 10+. It can be combined with any other Funkoverse 2-Pack or 4-Pack of figures, but it can’t be played on its own.

Is your family looking forward to trying these Marvel Funkoverse games? Let us know on Twitter at @superparenthq.