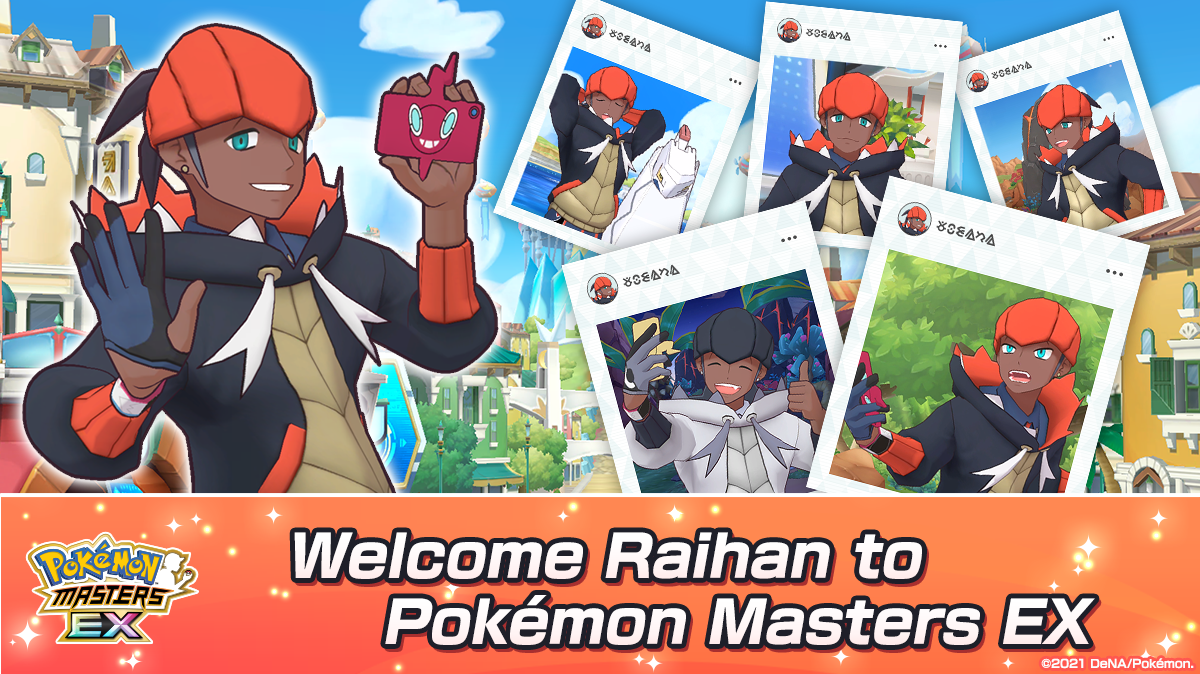 In addition, players can now take part in a new Eternal Rivals time trial event, which features trainers from the Galar region of the Pokemon universe who are on a quest to beat Leon’s record. This event will challenge players to win time trial battles as quickly as possible to earn points. The faster they win one of these battles, the more points they’ll earn. Players can redeem points for rewards like 5Star Guaranteed Scout Tickets and 5Star Power-Ups.

The Eternal Rivals time trial event will be available from now until May 15 at 10:59 p.m. PT. Players will need to have completed at least Chapter 1 of the game’s main story to take part in this event.

This update also increases the possible level cap for all sync pairs to 135. Players can complete activities in a new Training Area to gather the materials required to upgrade each of their sync pairs to this new level cap.

Finally, beginning on April 30 at 10 a.m. PT, players will be able to enter to win a Raihan-themed phone accessory (similar to a PopSocket) on the Pokemon Masters EX Twitter page.

Pokemon Masters EX is available to download for free on iOS and Android devices. Learn more about the game by checking out our previous coverage.