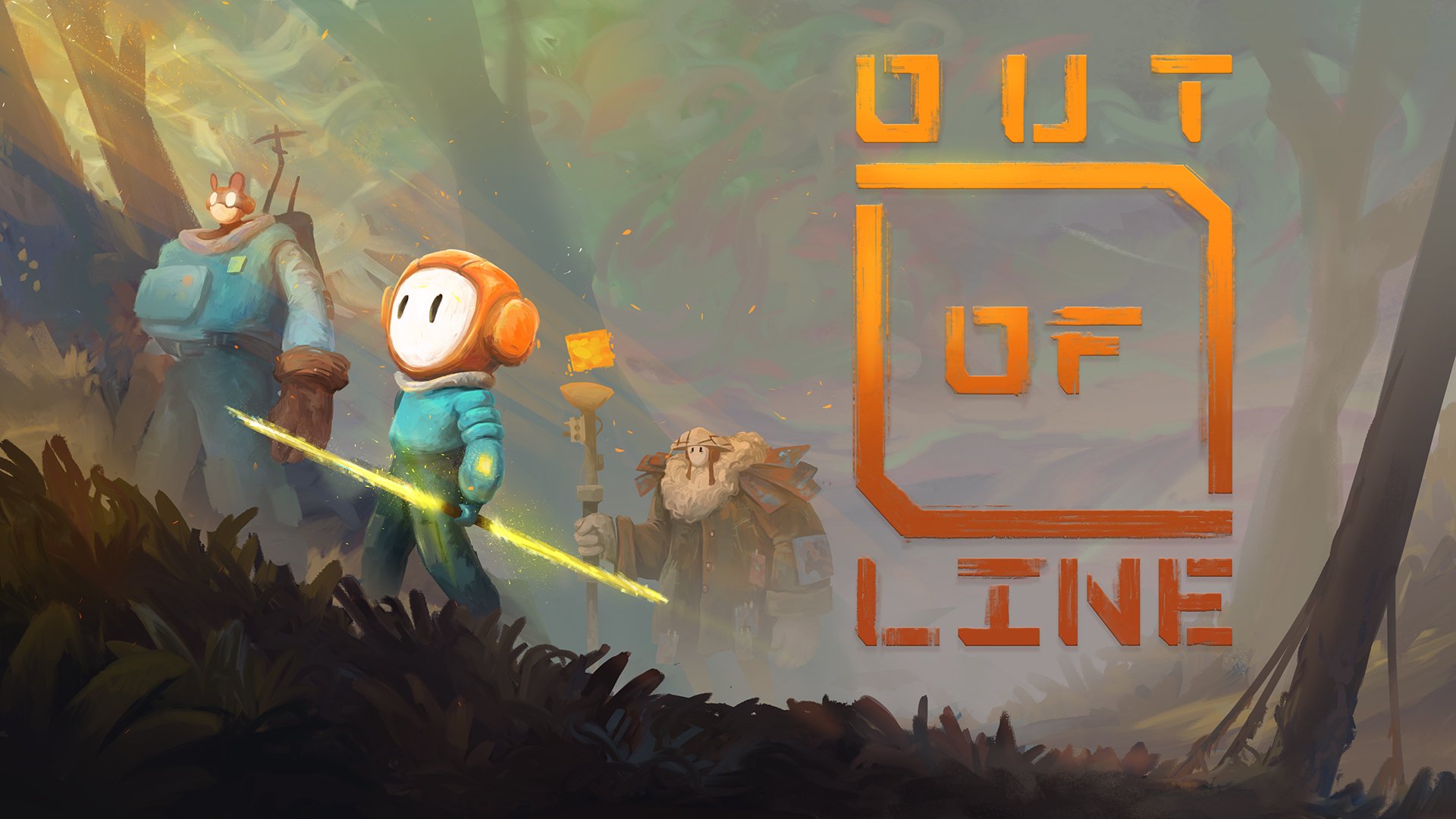 Out of Line is a side-scrolling puzzle platformer from developer Nerd Monkeys and publisher Hatinh Interactive that’s launching this year for consoles and PC. SuperParent had the chance to try an early version of the game.

In Out of Line, players will help a young boy named San escape a dangerous factory and solve puzzles on a quest for freedom. The game doesn’t feature dialog, so players will need to interpret what’s going on as they watch brief cutscenes and progress through the experience.

San is equipped with a special spear that players can toss into walls to create platforms to stand on, as well as toss into gears to jam them, or toss at buttons to press them, and so on. Once the spear has been tossed, players can recall it back to San with the press of a button.

The in-game world is full of environmental puzzles that players will need to solve using the spear and other tools (like blocks and moving platforms) in order to progress.

As you help San on his journey, you’ll meet some friendly characters, including other young boys who are also trying to escape the factory and helpful “insects” that can power machinery. When these friends are around, you may need to interact with the environment so that both San and his friend(s) can make progress through an area at the same time. For instance, the insects can’t move through beams of light, so players need to figure out how to shut off spotlights so they can move forward.

The game’s puzzles will become more complicated as players progress, with the introduction of more tools, including additional spears. These spears can’t be recalled, and they’ll only remain in place for a short time before disappearing, which adds an extra layer of challenge to puzzles.

When San falls into a pit or runs into an obstacle, he’ll “die” and players will respawn so they can try again. The game features a pretty forgiving checkpoint system, so players won’t lose much progress when they die.

Finally, Out of Line focuses on the topic of “memories,” which are represented by glowing blue cubes that players have the option to collect as they progress. These cubes are added to a special tree at certain points during the game, but their exact purpose didn’t become clear during our limited time with the game.

The YouTube description for Out of Line’s reveal trailer (embedded above) offers more information about the game’s story and themes:

“Out of Line’s narrative points to relevant topics such as oppression, isolation, courage, optimism and hope. Players can expect to mull over philosophical depictions in between puzzle segments, especially as they relate to human existentialism in the age of technology. Though the title’s world may seem mysterious at first glance, players will steadily find themselves relating to San and his experience as each chapter unfolds.”

Out of Line will be released on Switch and PC this summer. The game is expected to launch on PlayStation 4 and Xbox One later in 2021. It’s rated E for Everyone by the ESRB.

While Out of Line is family-friendly, younger players may have trouble solving some of the game’s trickier puzzles without help. In addition, the game features some “scary” imagery, such as evil machinery that appears to kill some of the other young boys in the factory (it wasn’t clear during the demo, but perhaps these are actually representations of San’s previous attempts to escape?).

You can learn more about Out of Line by visiting the game’s page on Steam.