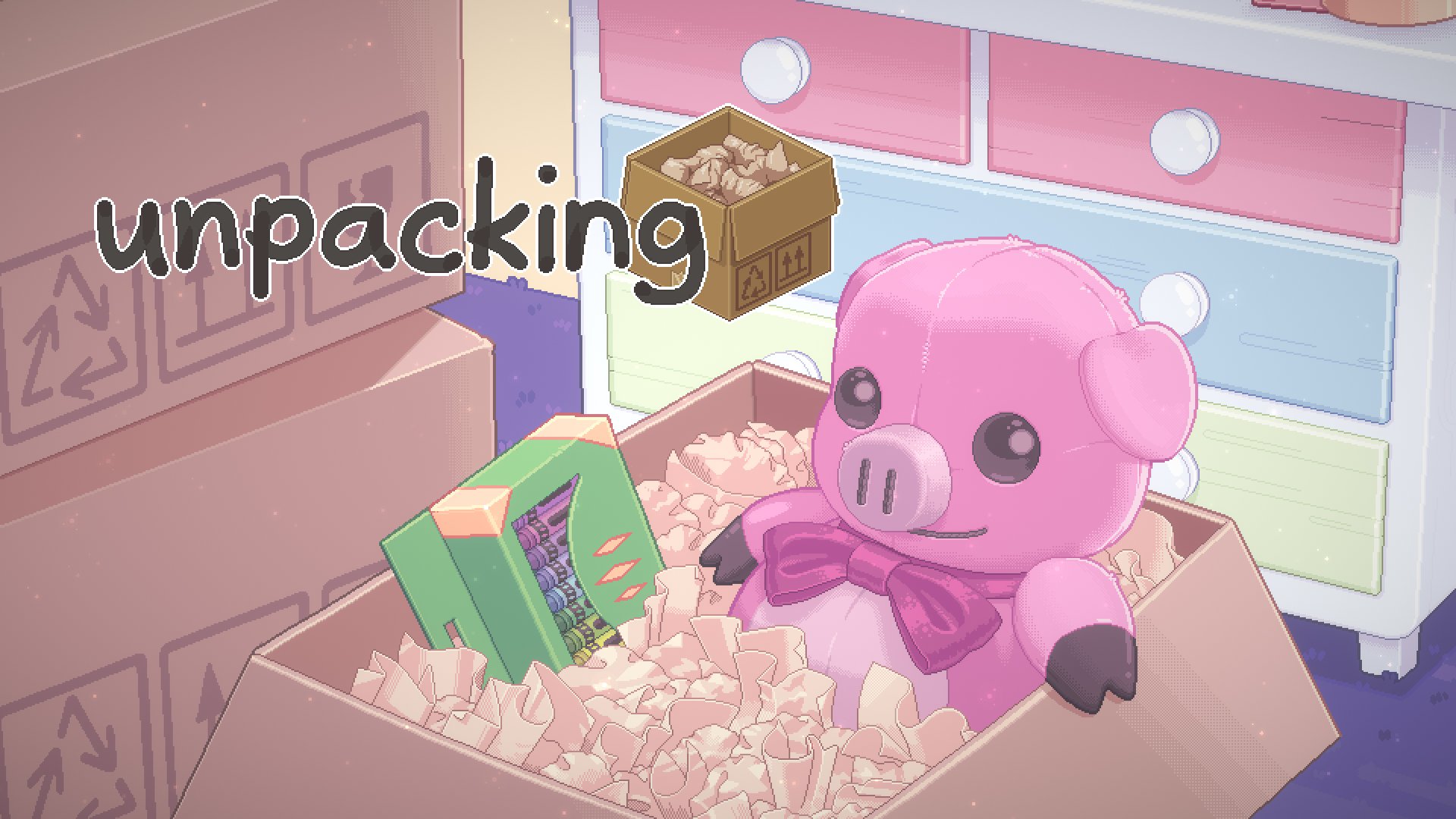 As part of LudoNarraCon 2021 (a virtual game convention focused on narrative indie games), we had the chance to try Unpacking, a casual puzzle game of sorts that asks players to unpack a woman’s belongings and place them around her house each time she moves to a new home.

In Unpacking, you’re never actually introduced to the woman, and you never even see her. Instead, you can learn about her life and interests based on the objects she carries with her every time she moves.

We tried the demo for Unpacking, which is now available to download for free on PC. The demo begins in 1997, and asks you to unpack objects to fill the woman’s childhood bedroom. From there, the demo advances through time to what we can assume is her first apartment. All told, the game will feature eight “moves” to unpack from, and you may be able to decorate and fill multiple rooms during each move.

As you begin each stage, the rooms are filled with cardboard boxes containing a variety of objects. You can choose the order in which to open these boxes, and each time you click a box, an item is pulled out of it. You can then place the object in the current room, or if there are multiple rooms in the level, move it to another room and place it there.

You’ll need to place all sorts of objects, from toys and books to dishes, towels, and clothing. There’s no time limit or score system here. You can take as much time as you want to create a realistic, organized space, or simply place objects wherever they’ll fit.

Sometimes, the intended placement for an item is obvious. For instance, a computer keyboard is meant to go on the desk in front of the computer monitor. For other items, you may need to use trial and error to figure out exactly where they’re supposed to go. As an example, we were left with a hand towel in the second stage that didn’t seem to fit anywhere. We eventually discovered it was meant to be placed under the kitchen sink.

While Unpacking is an enjoyable experience for adults, we also love the potential the game has to be enjoyed by adults and young kids together. That is, adults can pull items out of the boxes and then ask littles what they are, or ask questions like “Where does this toothbrush go?” or “Where should we place this soccer ball?”

However you decide to play Unpacking, we recommend checking this one out when it launches later this year. In the meantime, you can download the free demo now if you want to try the game before it’s released.

Unpacking will be released on PC later this year. While the game hasn’t been rated by the ESRB (many PC games don’t receive ratings), Unpacking is family-friendly, and it doesn’t contain any text to read.