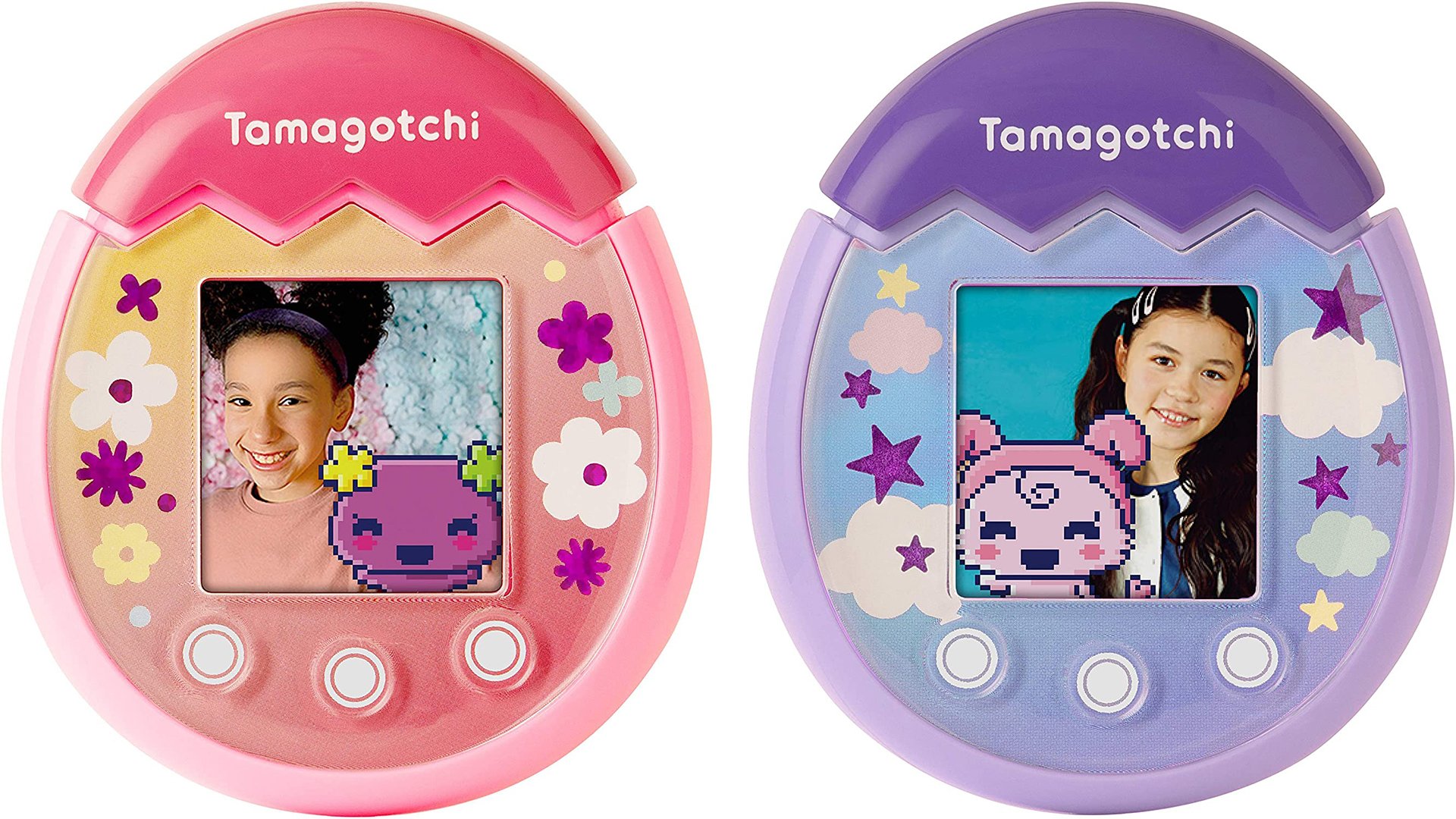 Back in the 1990s, Bandai released the first Tamagotchi digital pets, allowing kids to take care of virtual animals that lived inside egg-shaped toys. A variety of Tamagotchi toys have been released over the years, including ones themed after popular brands like Pac-Man and Hello Kitty. And now, a new Tamagotchi with advanced features is about to hit store shelves.

Tamagotchi Pix will feature a color screen as well as a camera that will allow kids (and adults) to take pictures with their virtual characters. Kids will be able to collect multiple characters and interact with them (for instance, they can pet and bathe them) using touch buttons.

Tamagotchi Pix will feature 17 mini-games for kids to play, and they’ll even be able to complete tasks on the Tamgotchi website in order to receive items that they can download to their Tamagotchi Pix device.

Finally, according to the Tamagotchi Pix description on Amazon, friends will be able to connect their Tamagotchi Pix devices in order to “go on play dates, exchange gifts and explore together.”