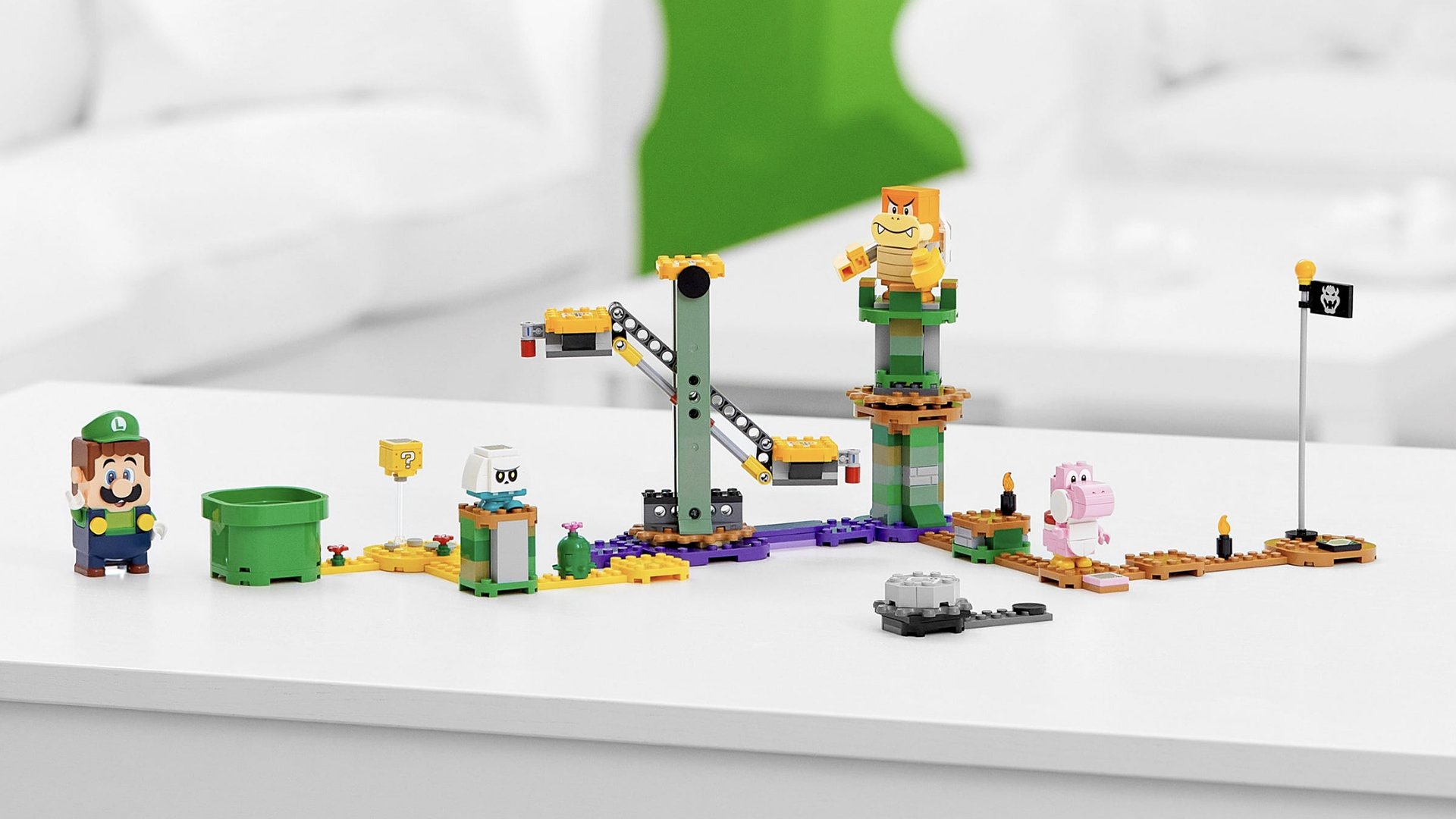 In August 2020, Nintendo and Lego released the Lego Super Mario Adventures with Mario Starter Course, along with a variety of expansions and add-ons that allowed kids (and adults) to create their own Super Mario-style courses in the real world.

The Starter Course includes an electronic Mario figure that has LCD screens in its mouth, eyes, and chest that react to the action as kids move Mario throughout their courses. The figure also plays a variety of sounds from the Super Mario games.

Now, Lego and Nintendo have revealed a second Starter Course that will allow families to add Mario’s brother, Luigi, to the mix.

The Lego Super Mario Adventures with Luigi Starter Course will feature 280 pieces, including everything you need to build Lego figures of Boom Boom and Pink Yoshi, along with items like a ? block and a seesaw. It will also include an electronic Luigi figure that’s similar to the Mario figure in that it will have LCD screens and play sounds from the Super Mario video games.

The Luigi Starter Course can be used on its own to create some fun courses for the Luigi figure to interact with. Plus, if your family already owns other products from the Lego Super Mario line, you’ll be able to mix and match these pieces with the new Luigi set to create even larger builds.

The Lego Super Mario Adventures with Luigi Starter Course will be released on August 1 for $59.99. It’s available to pre-order now on Lego’s website and at stores like Target and Best Buy, among others. The set has an age rating of 6+.