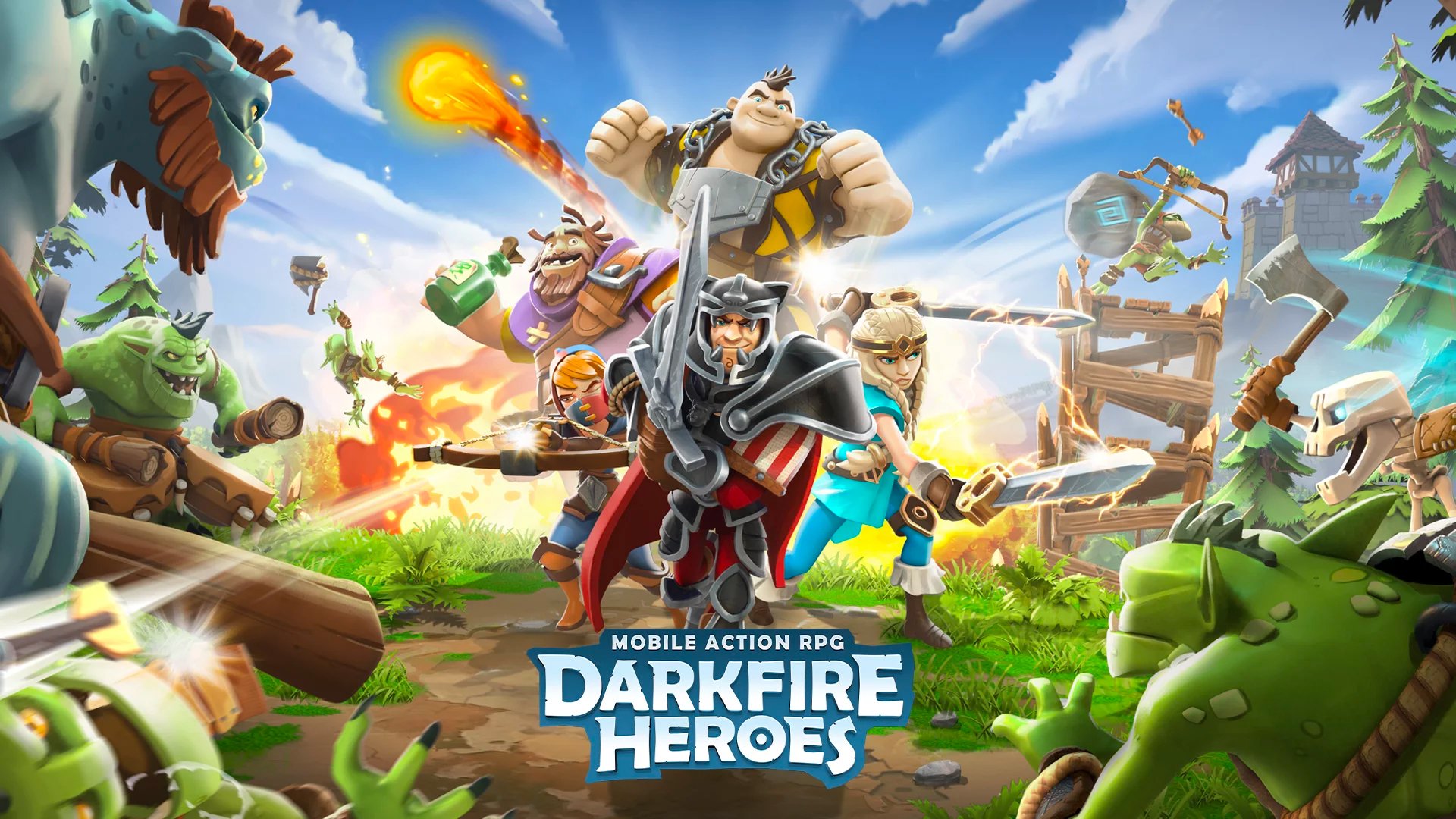 Darkfire Heroes is a free-to-play mobile game from Rovio, the company behind the Angry Birds franchise. The action role-playing game (RPG) challenges players to save a fantasy world from enemies that have appeared after darkfire stones fell from the sky.

Darkfire Heroes features multiple gameplay modes, like a Campaign mode, Arena, Expeditions, and an Elemental Dungeon. When players first begin the game, only the Campaign mode will be available, and they’ll unlock the rest of the game’s features as they level up.

The campaign mode is split into levels. Players can take five heroes into each level, with each hero having different stats and skills. While playing, heroes will march toward the top of the screen and attack any enemies in their path automatically. Each hero’s special ability will also charge automatically over time, and players can choose when and where to deploy it. For instance, if a hero has a healing ability, they can choose which hero(es) on their team to heal and when.

In addition, players have access to special skills, or spells, that they can use alongside their heroes’ special abilities. It costs mana to use skills. Players can hold a maximum of 10 mana points at any one time, and mana will recharge automatically over time.

As players complete battles, they’ll receive treasure chests containing items that will allow them to upgrade their heroes and skills to make them stronger. Players can also unlock additional heroes for their team as they progress.

While Darkfire Heroes is free-to-play, the game contains many optional ways to spend real money. As a couple of examples, players can spend $4.99 on a “Starter Pack” containing a new hero and other items, or spend $39.99 on an “Epic Gear” pack containing three pieces of random “Epic” gear for their team. Make sure to manage your device’s in-app purchase settings to prevent kids from accidentally spending real money while playing.

Darkfire Heroes is available to download for free on iOS and Android devices. The game is rated 12+ on iOS and T for Teen on Android.

Check out some gameplay from Darkfire Heroes in our video below.