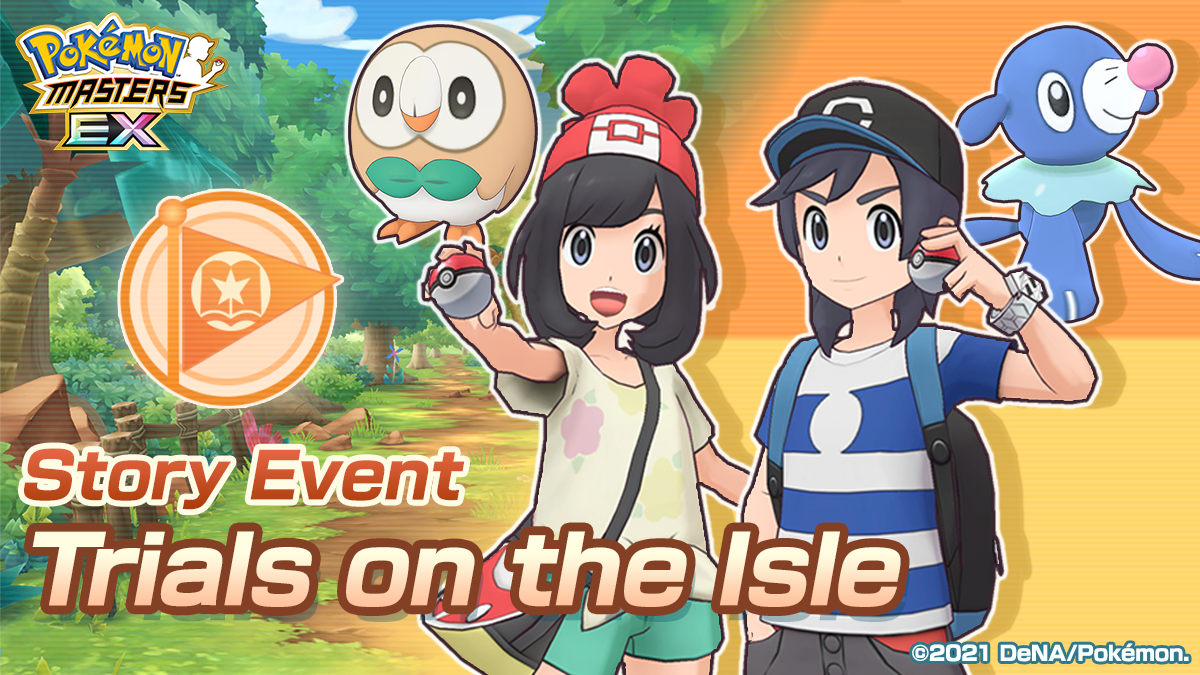 For a limited time, Pokemon Masters EX will allow players to add two new sync pairs from the Alola region of the Pokemon universe to their collections: Elio & Popplio and Selene & Rowlet.

Both of these sync pairs are featured in the game’s latest story event, “Trials on the Isle,” which will be available to complete until May 1 at 10:59 p.m. PT. This event will allow players to earn lots of in-game goodies, such as Support Move Candy Coins and 5Star Guaranteed Scout Tickets. In order to participate in this event, you’ll need to have completed at least Chapter 1 of the game’s main story.

Pokemon Masters EX is available to download for free on iOS and Android devices. The game takes players to the island of Pasio, where they can compete in three-on-three matches using a wide variety of Pokemon trainers and their partner Pokemon. To learn more about the game, check out our previous coverage.