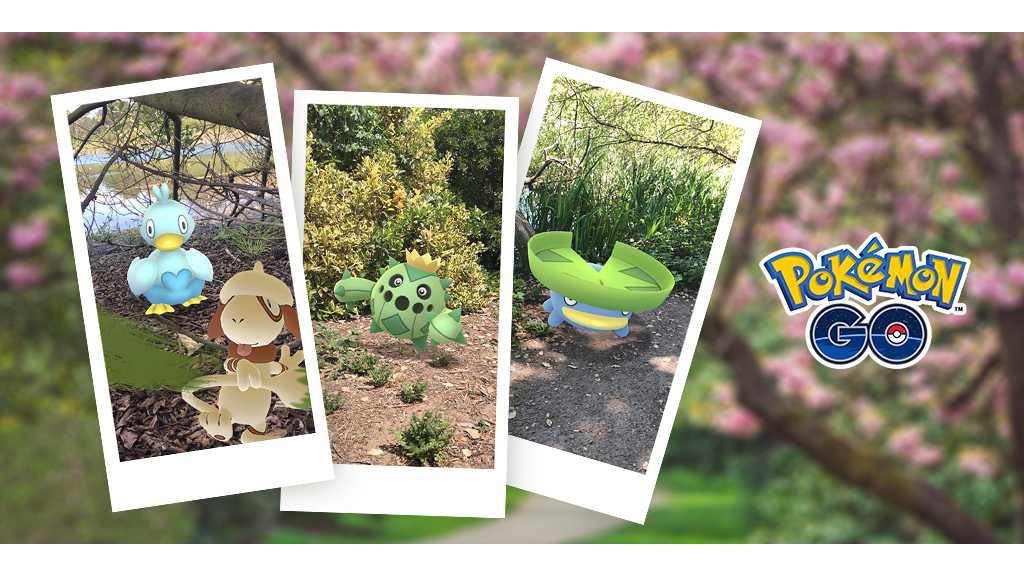 New Pokemon Snap will be released on Nintendo Switch on April 30. The game will allow players to create a Pokemon Photodex by photographing Pokemon throughout different areas of the Lental region. (Learn more in our previous coverage.)

During this event, Pokemon inspired by deserts, jungles, and underwater environments (areas found in the Lental region in New Pokemon Snap) will appear more frequently than normal in the wild. This includes pocket monsters like Lotad, Cacnea, and Ducklett.

In addition, Pokemon like Vaporeon, Meganium, and Trapinch will appear in Raids during this event. The New Pokemon Snap event will also feature Field Research and Timed Research tasks that are focused on taking Pokemon snapshots.

Speaking of snapshots, Smeargle will appear in snapshots more frequently than normal during this event, and you may encounter Shiny Smeargle.

Once this event ends, Shiny Smeargle will no longer be available. In a news post, Niantic, the developer of Pokemon Go, said Shiny Smeargle may come back “during future events.” In addition, Niantic said “Smeargle will only appear in snapshots a limited number of times.”

Finally, a camera-themed gift sticker and a camera avatar item will be available in the in-game shop during this New Pokemon Snap event. Players will also be able to collect the camera-themed Gift sticker by spinning PokeStops during the event.

Are you looking forward to this New Pokemon Snap event in Pokemon Go? Let us know on Twitter at @superparenthq.