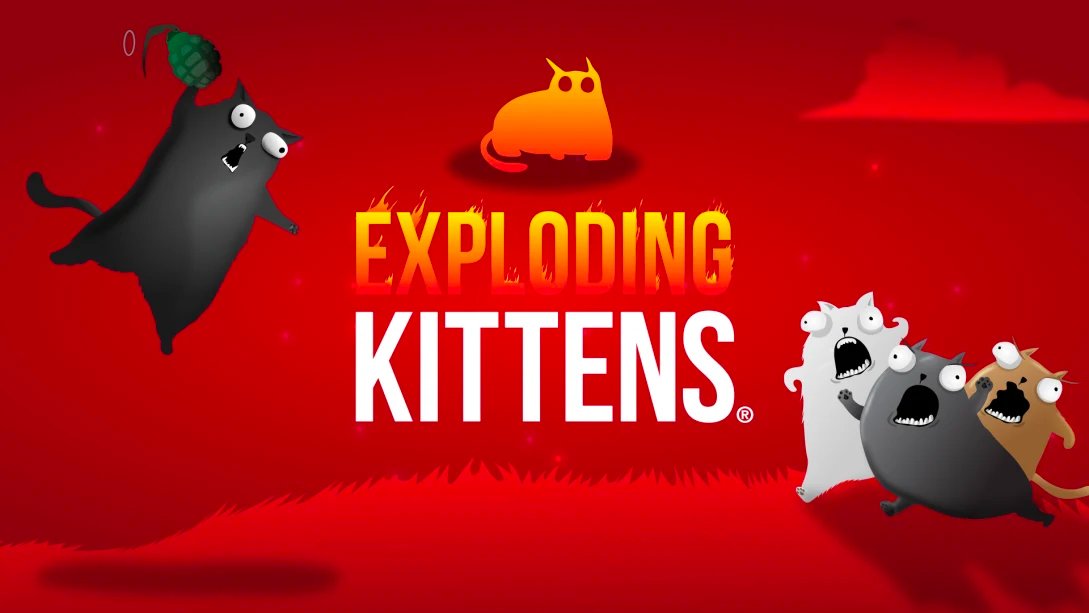 Exploding Kittens is a multiplayer card game that was released in 2015. The game describes itself as a “kitty powered version of Russian roulette.” Exploding Kittens was turned into a digital game for mobile devices in 2016, and now, it’s been released on Nintendo Switch.

In each game of Exploding Kittens, players must do everything they can to avoid drawing (and getting stuck with) an exploding kitten card. The cards in their hands allow them to perform different actions, such as skipping their turn or stealing a card from an opponent, and players have the option to play multiple cards on a single turn

Again, the goal of the game isn’t to run out of cards, it’s to simply avoid the exploding kitten cards by any possible means. Players can use a bit of strategy to protect themselves from the exploding kittens and even force their opponents into drawing them. But, as with many card games, there’s a big “random” element here, since (under usual circumstances) you won’t know which card you’re going to draw from the deck next.

Exploding Kittens features a regular “Core Deck,” as well as three add-on packs that you can choose from for each game: The “Party Pack,” “Betrayal Pack,” and “Streaking Kittens Pack.” These packs add extra cards to the Core Deck that allow players to take different actions.

Exploding Kittens is now available to download for $9.99 on Switch. The game is rated E10+ for Everyone 10+ by the ESRB. While the gameplay is family-friendly, parents should know the game features juvenile and potty humor, with cards like “Kitty Diarrhea” and “Kitty Cat Butt Butt.”

Check out some Exploding Kittens gameplay in our video below.

Top image via the Nintendo eShop.