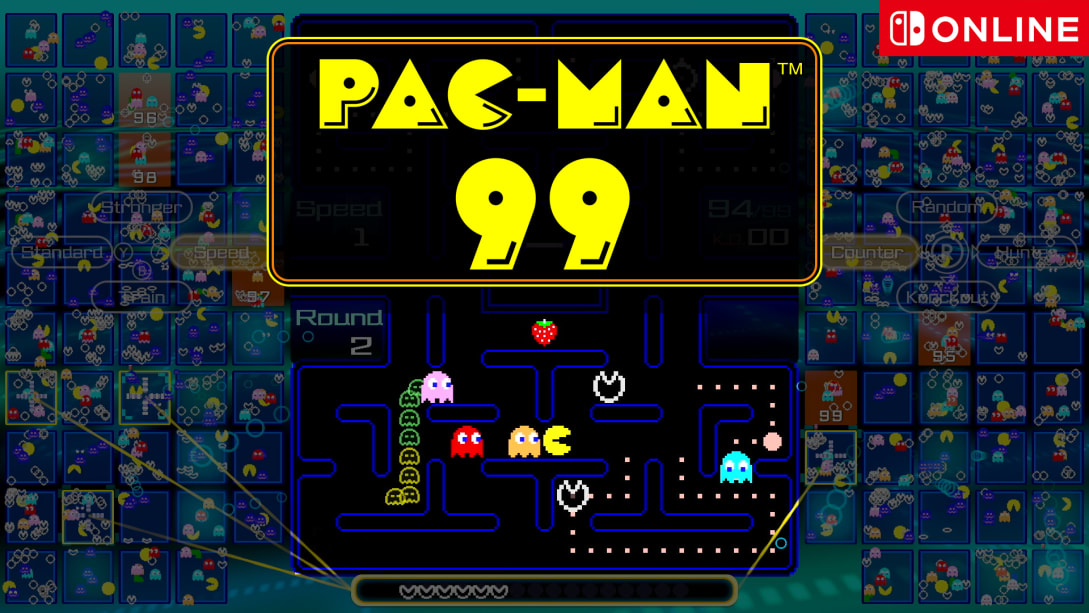 A new battle royale game is getting ready to hit Nintendo Switch. Pac-Man 99 is inspired by the classic Pac-Man arcade game, but it will turn the chaos up a notch by allowing players to compete against 98 other people in each game. (If your family has tried Tetris 99 or Super Mario Bros. 35, the setup here is similar).

The twist here comes when players collect a power pellet and eat a ghost. When this happens, they’ll send “Jammer Pac-Man” to other players’ mazes to trip them up. The more ghosts players eat, the more Jammer Pac-Man they’ll send. The last surviving player wins the game.

Players will be able to choose from eight preset gameplay strategies, based on their preferences. These include “speed up,” “send extra Jammers,” and more. Once players choose a strategy, the game will implement it on its own, so players can continue focusing on their own screen. At the same time, players can switch between strategies during a game, which may help them gain the advantage over their opponents.

Pac-Man 99 is rated E for Everyone by the ESRB.