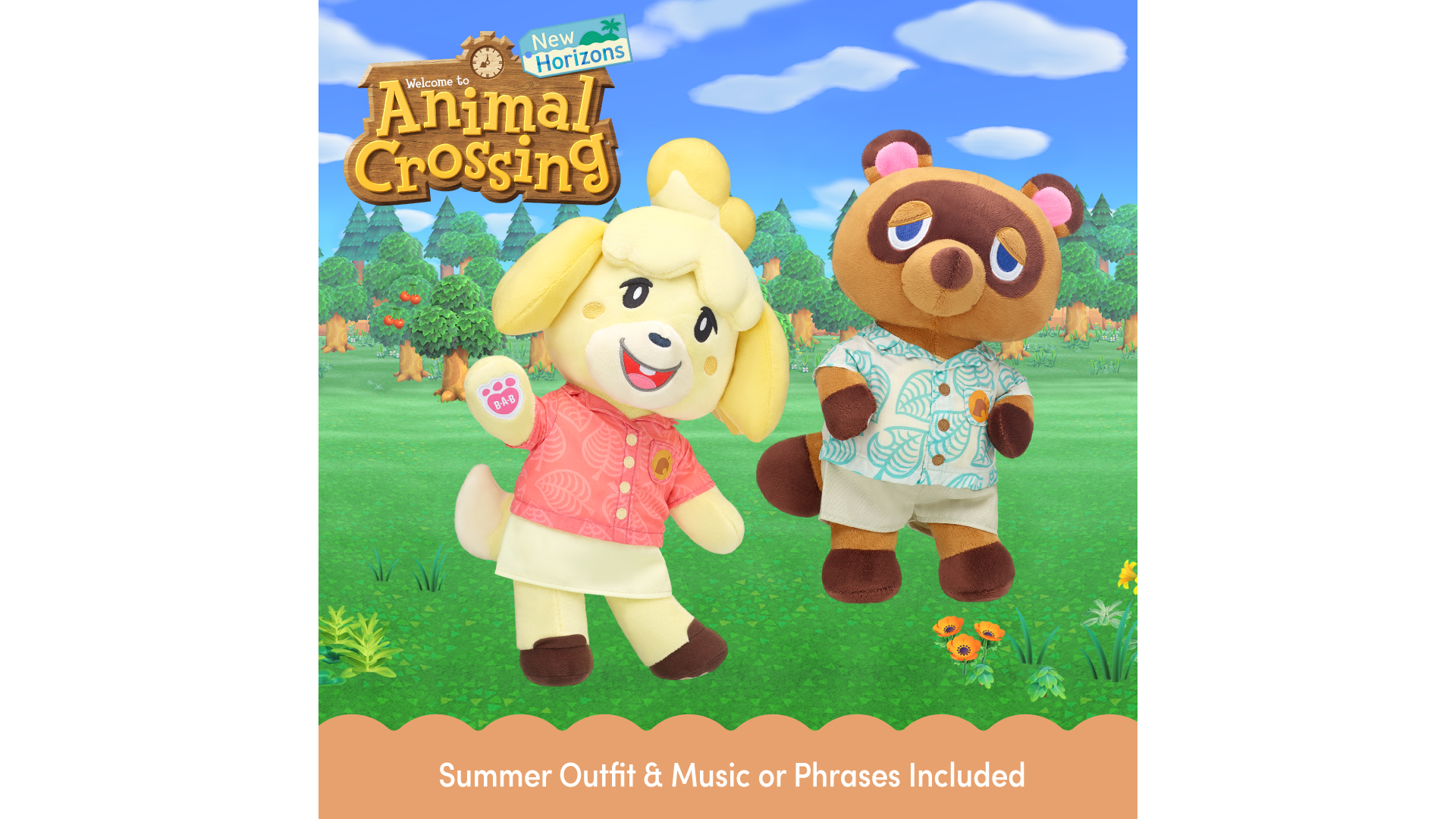 Update (04/26/2021): After quickly selling out on April 6, the Tom Nook and Isabelle plushies will be restocked on Build-A-Bear's website on April 27. Fans can join the pre-waiting room starting at 9:30 a.m. CT on April 27 to be assigned a random spot in line once the toys go on sale.

The time has finally arrived! The first two stuffed animals in Build-A-Bear’s Animal Crossing: New Horizons collection will go on sale at 10 a.m. CT on April 6.

The first two animals are Isabelle and Tom Nook. Each character is available in two bundles.

Since these plushies are sure to be super popular (and sell out in minutes), fans can now join a waiting room for a chance to purchase one of these plushies when they go on sale at 10 a.m. At that point, everyone in the waiting room will receive a “random place in line” for their chance to make a purchase.

Even if you can’t grab one of these plushies on April 6, Build-A-Bear’s Animal Crossing: New Horizons collection will be released in Build-A-Bear stores later this year, so you’ll have another chance to buy them in the future.

Are you going to try to purchase one of these Animal Crossing plushies? Let us know if you’re successful on Twitter at @superparenthq.