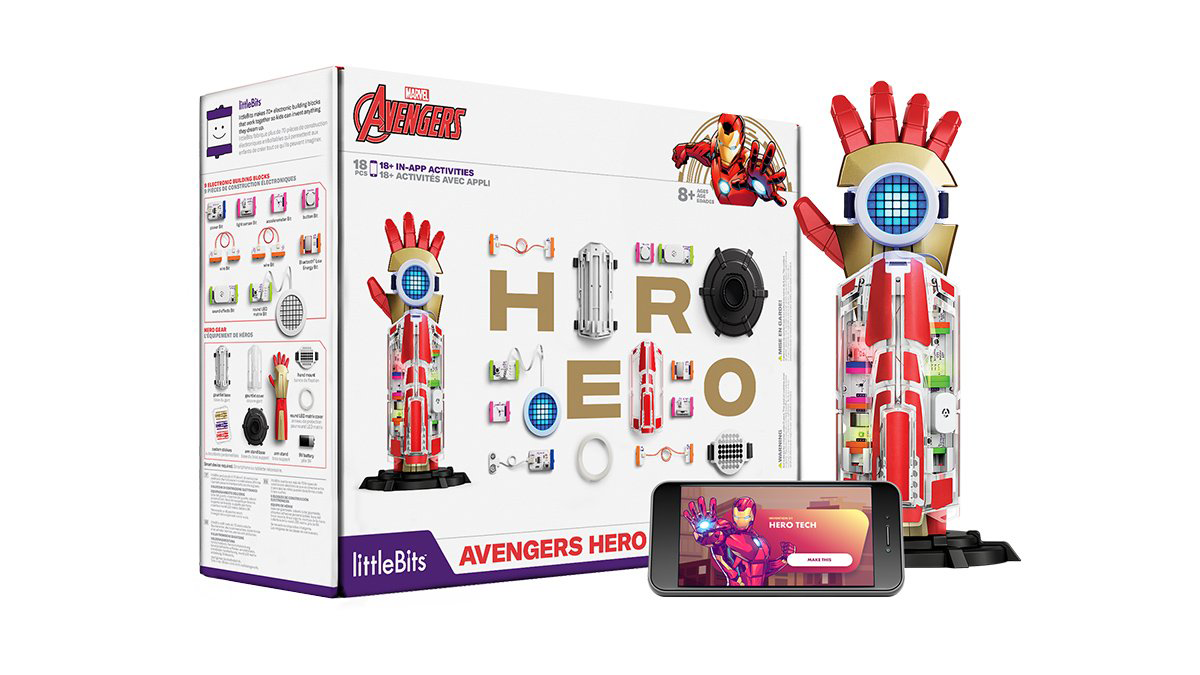 littleBits, a creator of technology kits for kids, revealed its Avengers Hero Inventor Kit for kids aged 8 and older. The kit will let kids build their own hero gauntlet that features wearable tech sensors, lights, and Marvel Avengers sound effects.

As Fatherly reported, the kit focuses on an assortment of “Bits,” or individual components that kids can program. These Bits include an accelerometer, button, light sensor, LED matrix (a circle containing multiple lights), and more. The kit also includes stickers for kids to finish off their creation.

Kids can use the associated Avengers Hero Inventor app on their phone or tablet to view video instructions and tutorials that guide them through the process of customizing and coding their gauntlet using block-based code.

The app contains more than 18 superhero-themed activities kids can complete alongside Avengers superheroes. These activities will let kids learn about speed and movement with Ant-Man and Wasp, create their own superhero identity with Black Panther and Shuri, and more.

The Avengers Hero Inventor Kit is expected to launch August 24 for $149.99.

If your kids aren’t into superheroes, perhaps they’d enjoy this Harry Potter coding kit recently announced by Kano. It lets kids create a magic wand and cast spells in a mobile app. Or, if you’re looking for something for kids who are a bit younger, Lomo will use a robot to teach coding to kids as young as four, without any required screentime.