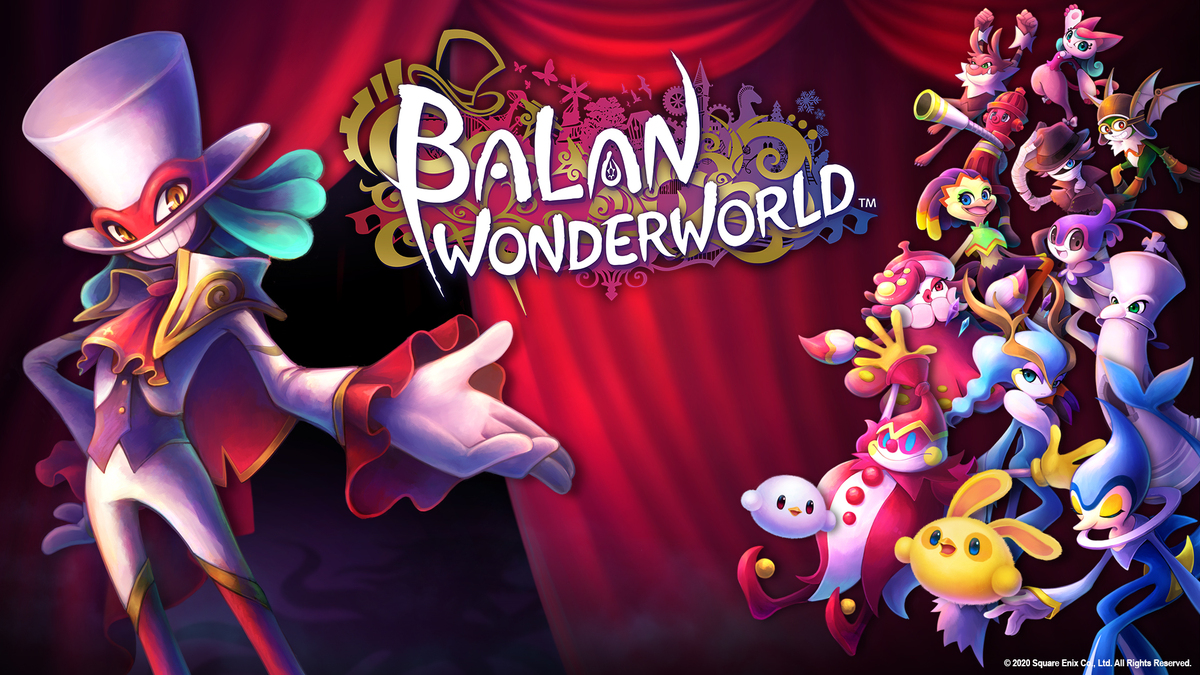 We had the chance to check out Balan Wonderworld on PlayStation 5.

What is Balan Wonderworld about?

Balan Wonderworld allows players to choose from two playable characters: a young boy named Leo Craig and a young girl named Emma Cola. The player’s chosen character has fallen into an emotional rut because they’re missing a piece of their heart. In the game’s opening cutscene, players will meet a clown named Balan, who brings Leo or Emma into Wonderworld, where they can complete platforming levels to help other people who are also missing pieces of their heart (in other words, they’re feeling down or depressed).

Unfortunately, Balan Wonderworld does a poor job of explaining what's going on in its story (even the basic premise is a bit confusing). Cutscenes (beyond the opening movie) don’t have voice acting, so players are left to figure out what’s going on on their own.

Balan Wonderworld is a level-based 3D platformer, similar to games like Spyro Reignited Trilogy and Ice Age: Scrat’s Nutty Adventure. The game features a series of chapters, which each focus on helping a different person. Each chapter has three levels -- two platforming stages and a final boss fight.

Each chapter also has a different theme inspired by the person you’re trying to help. For instance, the first chapter asks you to help a farmer who has had his crops destroyed by a storm, while another asks you to help a young girl who loves insects after she’s left feeling rejected by her classmates (who are afraid of bugs).

As you explore each level, you’ll need to jump across platforms, activate switches to open doors, and so on. Plus, you can defeat enemies and collect “drops” that can be used back in the game’s hub world (more on that in a bit). You can also collect statues of Balan, which are more than traditional collectibles, since you’re required to gather them to unlock future chapters.

Finally, each level allows you to collect keys that you can use to unlock different costumes for Leo or Emma to wear. The costumes you find in each level are related to the current environment. That is, you’ll find fish-themed costumes in the water-themed chapter, and so on.

Each costume gives players a different ability. One may allow players to jump across long distances, while another allows them to climb spiderwebs, and so on. There are over 80 costumes available to collect, but players can only carry three costumes with them at any time.

This costume system features lots of unique outfits, but it also has some real problems. For one, if you’re carrying three costumes and you collect a fourth, the last costume in your “switcher” at the top of the screen will automatically be removed and sent back to the game’s changing room. This happens even if you pick up the exact costume you’re already wearing, meaning you could technically walk around with three copies of the same costume if you kept collecting the same one.

When you want to change to a different costume (other than the three you’re carrying), you’ll need to head to one of the level’s changing rooms. Here, you can select the three costumes you want to use, but there’s a catch: costumes are available in limited quantities. That is, each time a costume is sent to the changing room, it adds a “point” to that costume. If you take damage by touching one of the game’s enemies, your current costume will be lost. You can run back to the changing room and grab the same costume again, but you’ll now have one less copy of that costume available to use in the future (unless you collect another one). This means it’s possible to “run out” of specific costumes, and the only way to get them back is to replay levels where you could originally collect them.

Aside from this, some costumes take away your ability to jump, which is really frustrating in a platforming game that features jumping as a core gameplay mechanic.

Finally, you can find Balan’s hat in levels, as well as temporary sports-themed costumes, which allow you to play short mini-games.

After each level, you’re returned to the game’s hub, an island in the sky that’s home to the game’s fluffy animal creatures called Tims. You can feed the Tims the drops you’ve collected, which allows them to grow to larger sizes. When a Tim is large enough, you can toss another Tim at it to “breed” it and create an egg containing a new Tim.

The Tims can also play on a tower in the center of the island to generate points. The more points the Tims generate, the larger the tower becomes.

Unfortunately, most features related to the Tims are barely explained (if they are at all), and we were left feeling pretty confused about the whole thing. (For the record, a producer for Balan Wonderworld shared details about the Tims -- and other gameplay features -- on thePlayStation Blog that aren’t actually given to players in the game, but no one should be required to read a blog to figure out what’s going on in a game they’ve purchased.)

As we mentioned previously, you’re required to collect Balan statues to unlock future chapters. Balan statues are hidden in out of the way places (like traditional collectibles), so you may finish all of the levels you’ve currently unlocked and still need more Balan statues to move on. This means you’re forced to replay levels in an attempt to collect the number of statues you need (this shouldn’t be required).

Plus, some statues can only be collected when you’re wearing specific costumes. If you’ve unlocked the required costume but don’t have any “points” for it, you’ll need to replay the level containing the costume, collect the costume, and then go back to the stage where you can use the costume to collect the statue. This repetition could have easily been avoided if Balan statues were simply optional collectibles, rather than being tied to your in-game progression.

Balan Wonderworld allows two players in the same room to team up and play together. In this case, one person controls Leo and the other controls Emma.

Balan Wonderworld’s basic premise -- explore colorful stages using unique costumes to help people with their issues -- has a lot of potential. But the finished product has so many issues that we simply can’t recommend it.

Balan Wonderworld is now available for $59.99 on Switch, PlayStation 5, PlayStation 4, Xbox Series X/S, Xbox One, and PC. The game is rated E10+ for Everyone 10+ by the ESRB.