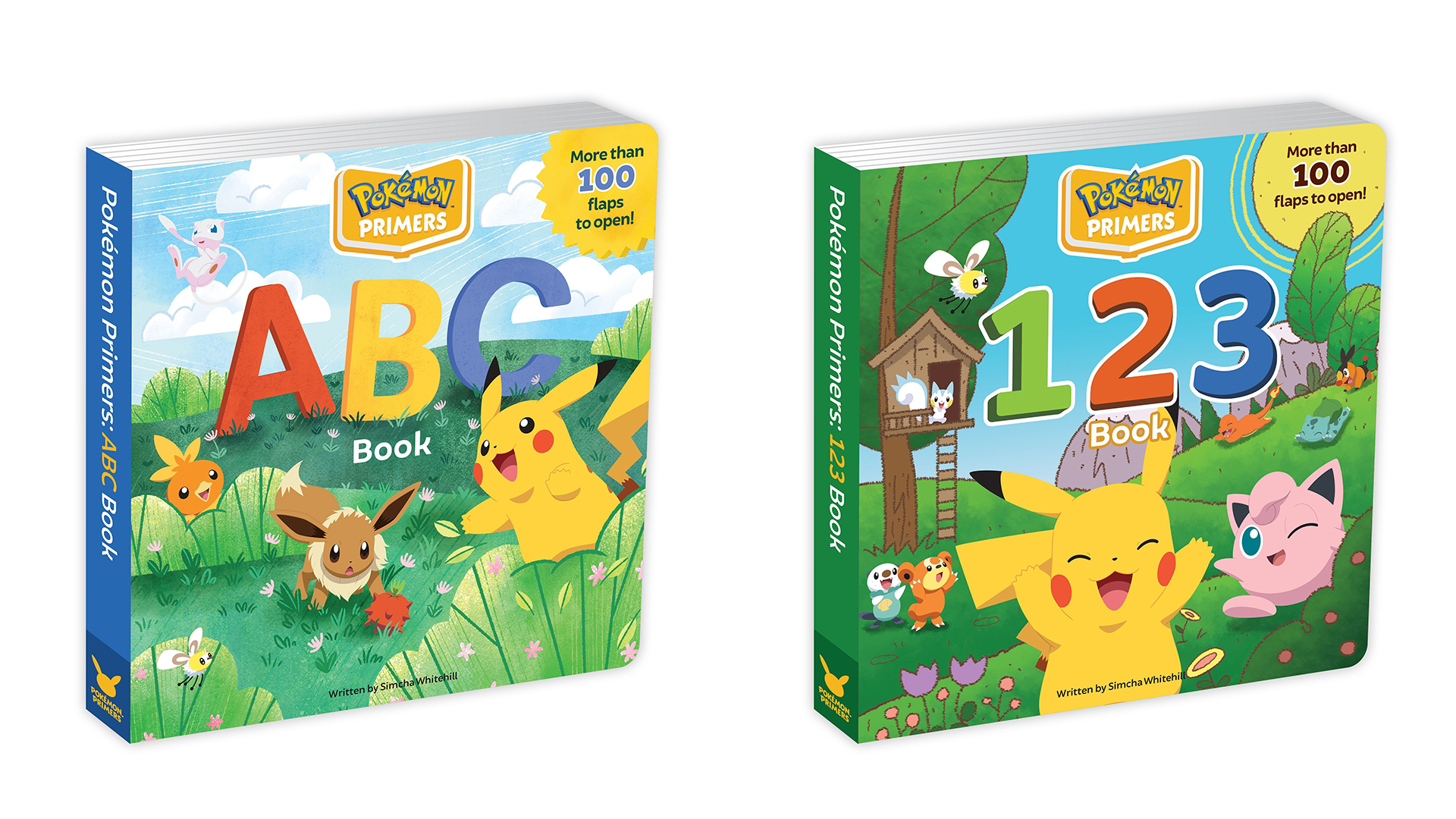 Pikachu Press, the publishing brand of The Pokemon Company, has released the first two books in a new series called Pokemon Primers, which was designed to teach youngsters about the alphabet, numbers, shapes, and so on.

The first two books are Pokemon Primers: ABC and Pokemon Primers: 123. These board books have multiple pages featuring adorable Pokemon artwork, as well as text. Each book also features more than 100 flaps that kids can open as they read. Finally, each book offers pronunciation guides for each of the Pokemon that are mentioned.

In a press release, Heather Dalgleish, director of publishing at The Pokemon Company International, commented on these new books:

“We are thrilled to deliver Pikachu Press’ first published Pokémon product for young Trainers with the new ‘Pokémon Primers’ series. With families spending more time together, these new books will give kids and parents a fun and engaging way to learn more about Pokémon while brushing up on their ABCs and 123s.”