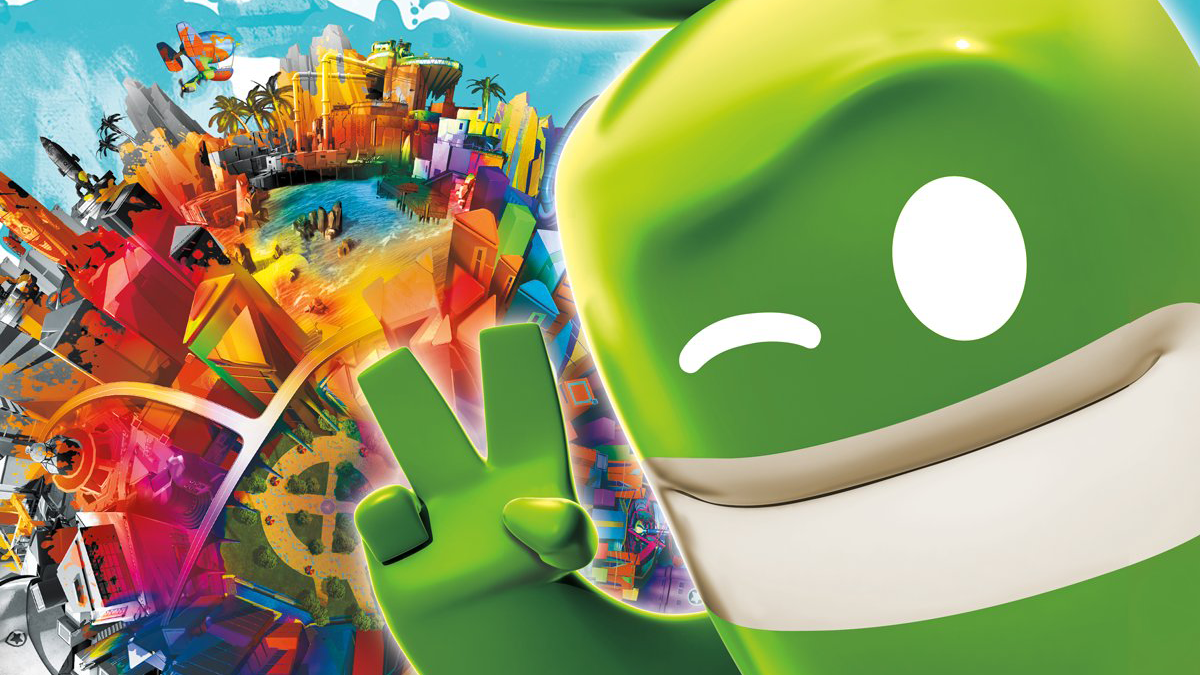 A remastered version of the original de Blob launched on Nintendo Switch in June 2018. Now its follow-up, de Blob 2, will also make its way to Nintendo’s latest console next month.

de Blob 2 was originally released on PlayStation 3, Xbox 360, Wii, and Nintendo DS in 2011. The puzzle platforming game challenges players to help de Blob restore color to Prisma City after Comrade Black and the INKT Corporation (the enemies from the first game) drain all of the color from the world and its citizens. (The DS game was different from the console games, being set between de Blob and de Blob 2).

In terms of gameplay, de Blob 2 is pretty similar to the first game. Players can change de Blob’s color by collecting paint, and then use that paint to restore objects, like buildings, in the game’s many environments. There are some noteworthy differences though. For one, players can power-up de Blob to make him stronger.

de Blob 2 includes 12 single-player story levels, as well as cooperative two-player multiplayer modes. The game is rated E10+ by the ESRB. de Blob 2 will be released on Nintendo Switch on August 28.

The two de Blob games are part of a major trend of older titles that have made their way to Nintendo Switch. If you’re looking for some other kid-friendly Switch games that were originally released on older consoles, check out Mario Kart 8 Deluxe, Captain Toad: Treasure Tracker, and Donkey Kong: Tropical Freeze, just to name a few.