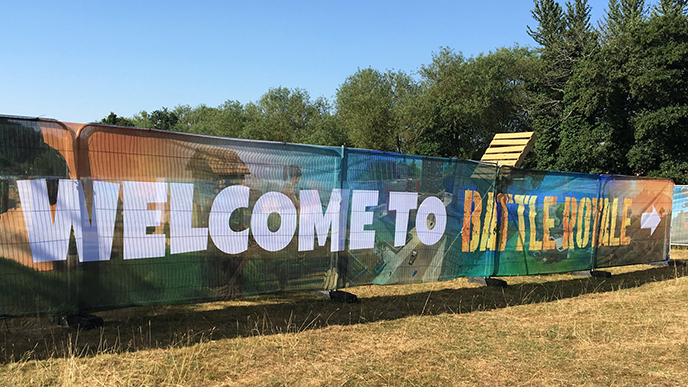 A British company is looking to capitalize on the Fortnite's massive popularity by turning the video game into a real-life game of laser tag set in the countryside of Leicestershire in the U.K.

Spotted by Eurogamer, the experience is called “Battle Royale,” and it lets players battle it out across three Fortnite-themed zones, containing areas with familiar names like Tilted Towers and Lucky Landing. Participants can play in “solo, duos or squads.”

According to the Battle Royale website, matches start with a safety briefing, followed by about 45 minutes of actual play time. Players as young as six can get in on the fun, though the Battle Royale team recommends that anyone under nine be “supervised by a parent or guardian.”

The Battle Royale experience will be open through August 31, 2018. If you’re outside of the U.K. and your teens want to experience Fortnite in the real-world, encourage them to set up their own game using things like NERF weapons and water guns in the backyard. They can also use a mobile app called Battle Royale IRL to set up a gameplay area using the GPS technology in their phones.