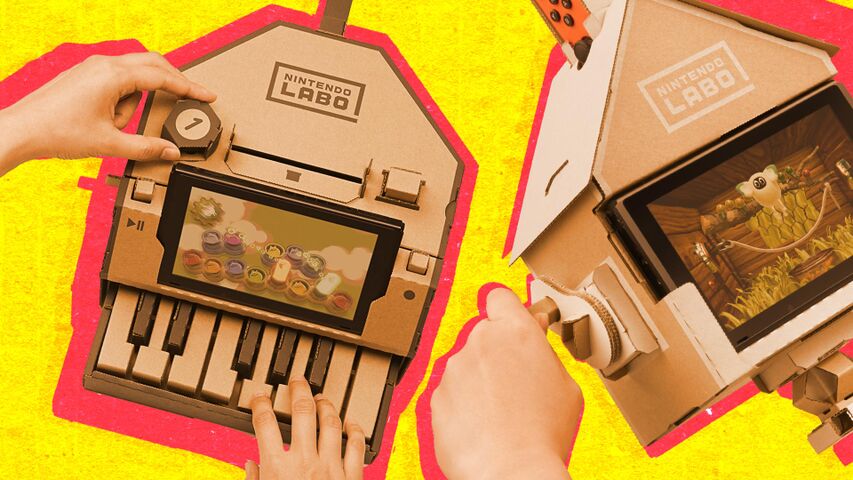 April is just around the corner, bringing with it plenty of new games, including the Nintendo Labo Variety and Robot Kits, as well as a few anticipated M-rated games for parents to play after the kids shuffle off to sleep.

Nintendo’s ambitious new project lets kids create Toy-Cons (or toy controllers) using the real-world cardboard sheets included in each kit, and then use those Toy-Cons to play special games on the Nintendo Switch. The Variety Kit includes six different Toy-Cons (two RC cars, a fishing pole, a working piano, a house and motorcycle handlebars), while the Robot Kit includes one giant robot that kids can wear like a backpack. For more info, check out our Nintendo Labo guide.

Yakuza 6: The Song of Life
Rated M
Inappropriate for young teens and children

The next chapter in Sega’s popular Yakuza franchise has a storyline focused on protecting family, but with content warnings for blood, intense violence, partial nudity and more, this open-world action-adventure game is definitely not family-friendly.

Try These Games Instead: Batman: Return to Arkham, Uncharted 4: A Thief’s End

God of War is one of the most anticipated games of the year, allowing players to join Kratos and his son on a quest in a dangerous, violent world based on Norse mythology. The game has warnings for blood and gore, intense violence and strong language, so it’s not appropriate for young players.

First released in 2013, Don't Starve is a challenging yet satisfying survival game, and it's a great tool to help older kids learn resource management and strategic thinking. If you or your kids have yet to try Don't Starve, the Mega Pack is the best place to start. This retail release contains the base game, all of its downloadable content, Don’t Starve Together (a new take on the game with cooperative play) and a custom controller skin, or sticker, to place on your PlayStation 4 or Xbox One controller.

Notable kid and teen-friendly titles are in bold.

Crisis on the Planet of the Apes VR, PlayStation VR, PC

Dead Ahead: Zombie Warfare, Xbox One

Deep Ones, Xbox One

Yakuza 6: The Song of Life, PlayStation 4

The Sword of Ditto, PlayStation 4, PC

Emily Wants to Play Too, PlayStation 4