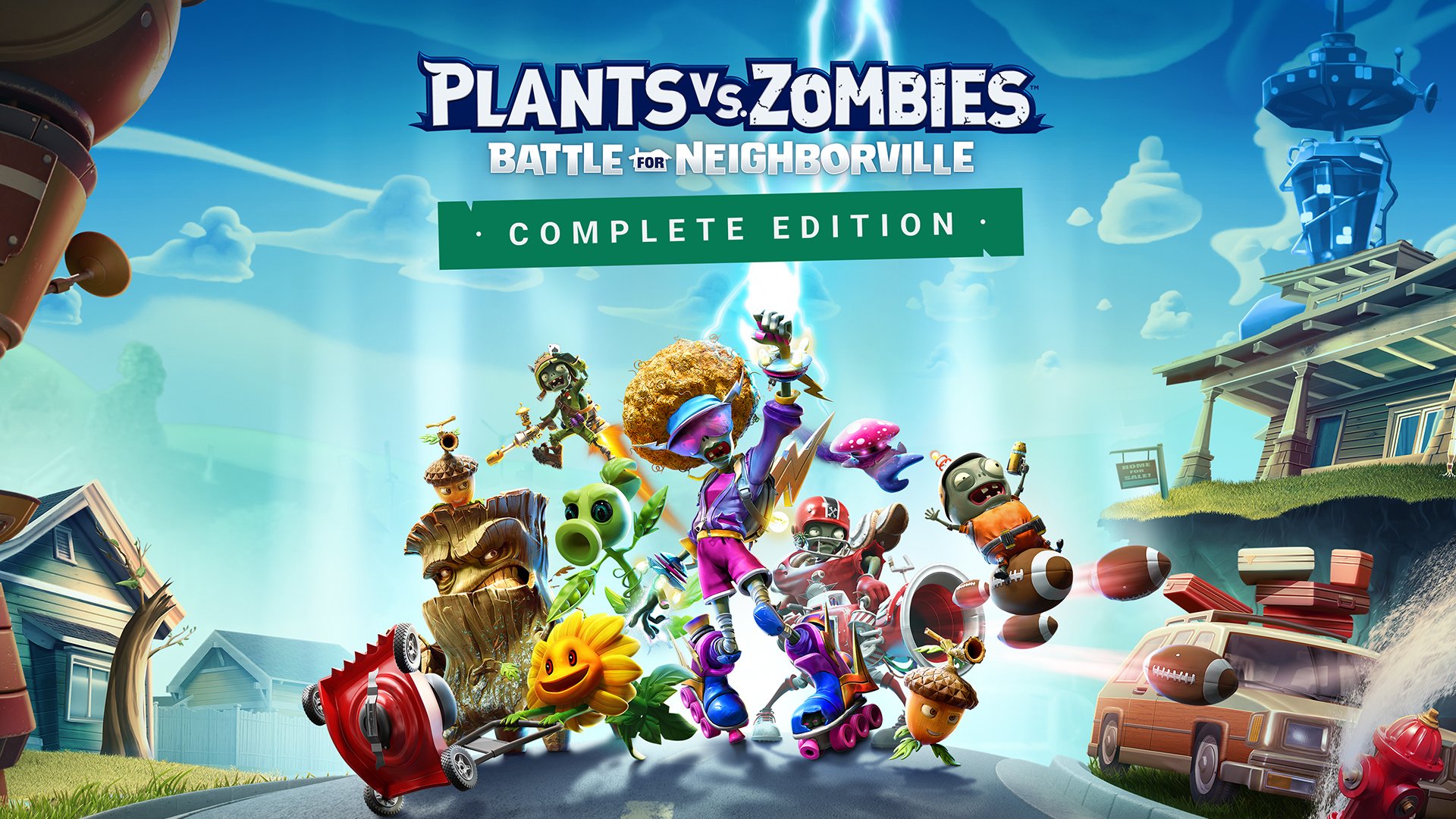 Plants vs. Zombies: Battle for Neighborville was originally released on PlayStation 4, Xbox One, and PC in 2019. Now, the game has come to Nintendo Switch in a “Complete Edition,” which features all of the festivals and downloadable content (DLC) previously released on other platforms.

Battle for Neighborville is a third-person shooter that drops players into the war between plants and zombies. Zombies want to get to the world’s humans, and the plants want to stop that from happening. The game features multiplayer modes and a single player adventure mode that allows players to complete a storyline and quests.

Depending on the mode, players can choose to become plants or zombies. There are multiple kinds of plants and zombies available to choose from (including some that can be unlocked over time), and each has different abilities for players to try out. Players can also equip each character with a selection of upgrades to match their play style.

In this Switch version of the game, players can interact with some of the game’s content (like the single-player adventure mode) without being connected to the internet, though player-vs-player modes and more still require you to go online. In addition, players have the option to use motion controls to aim, and they can use touch controls to interact with the game’s menus.

While other versions of Plants vs. Zombies: Battle for Neighborville feature optional in-game purchases, the Switch version does not. This means players can only unlock in-game content and earn coins by playing the game. Rainbow Stars also aren’t included in this version of the game.

Plants vs. Zombies: Battle for Neighborville Complete Edition is available now for $39.99. The game is rated E10+ for Everyone 10+ by the ESRB.

Check out our gameplay video below to see how Plants vs. Zombies: Battle for Neighborville Complete Edition looks and plays on Switch.

Disclosure: EA gave SuperParent a code for this game for coverage purposes.