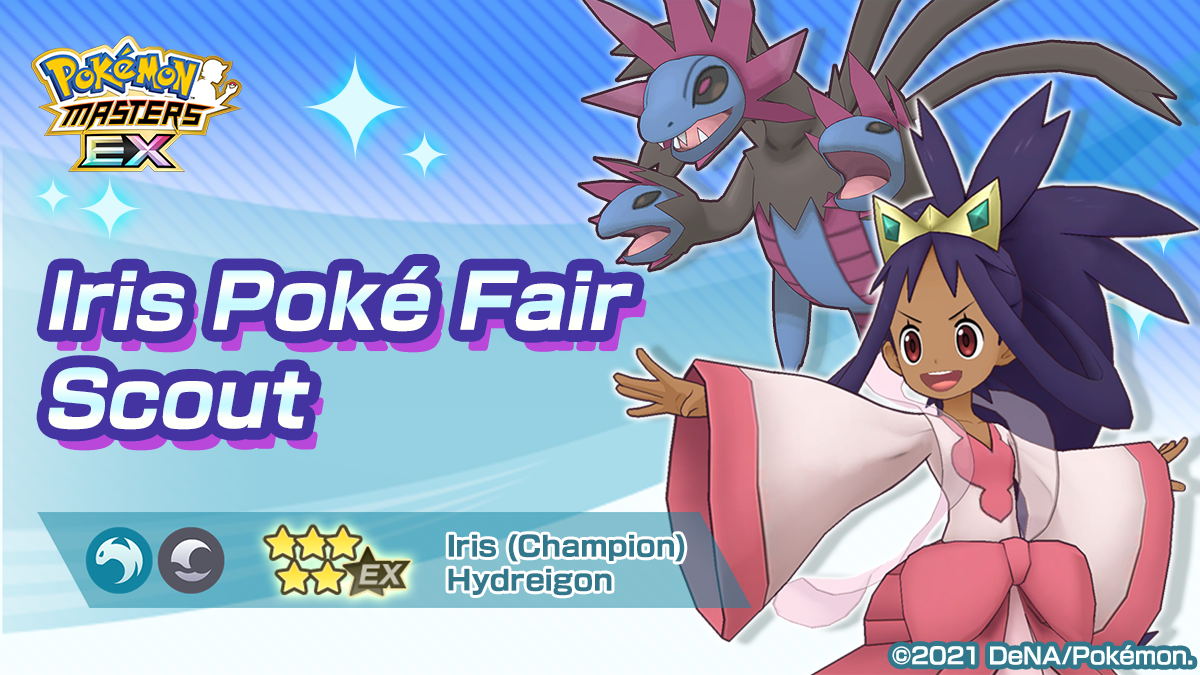 The latest update for Pokemon Masters EX has arrived, and it brings with it a new sync pair that players can add to their collections: Iris (Champion) & Hydreigon.

The sync pair of Iris (Champion) & Hydreigon can be collected through a sync pair Spotlight Scout that’s available from now until April 1 at 10:59 p.m. PT. Remember, the game’s Spotlight Scouts are like mystery boxes, meaning you won’t know which sync pair(s) you’ll receive before you spend the Gems (premium currency). You’re also not guaranteed to receive Iris (Champion) & Hydreigon, even if you spend lots of Gems.

Another new sync pair, Diantha & Gardevoir, will be added to Pokemon Masters EX on March 30 at 11 p.m. PT.

As part of the game’s latest update, players can complete a new Story Event called “The Shining Heart of Dragons,” which will be available until April 1 at 10:59 p.m. PT. This event features Champions from various regions of the Pokemon universe, and it will allow players to complete battles in order to earn in-game rewards. Players can also receive up to 1,000 Gems, among other items, as login bonuses if they login to Pokemon Masters EX each day this Story Event is available.

Pokemon Masters EX is available to download for free on iOS and Android devices. To learn more about the game, check out our First Look.