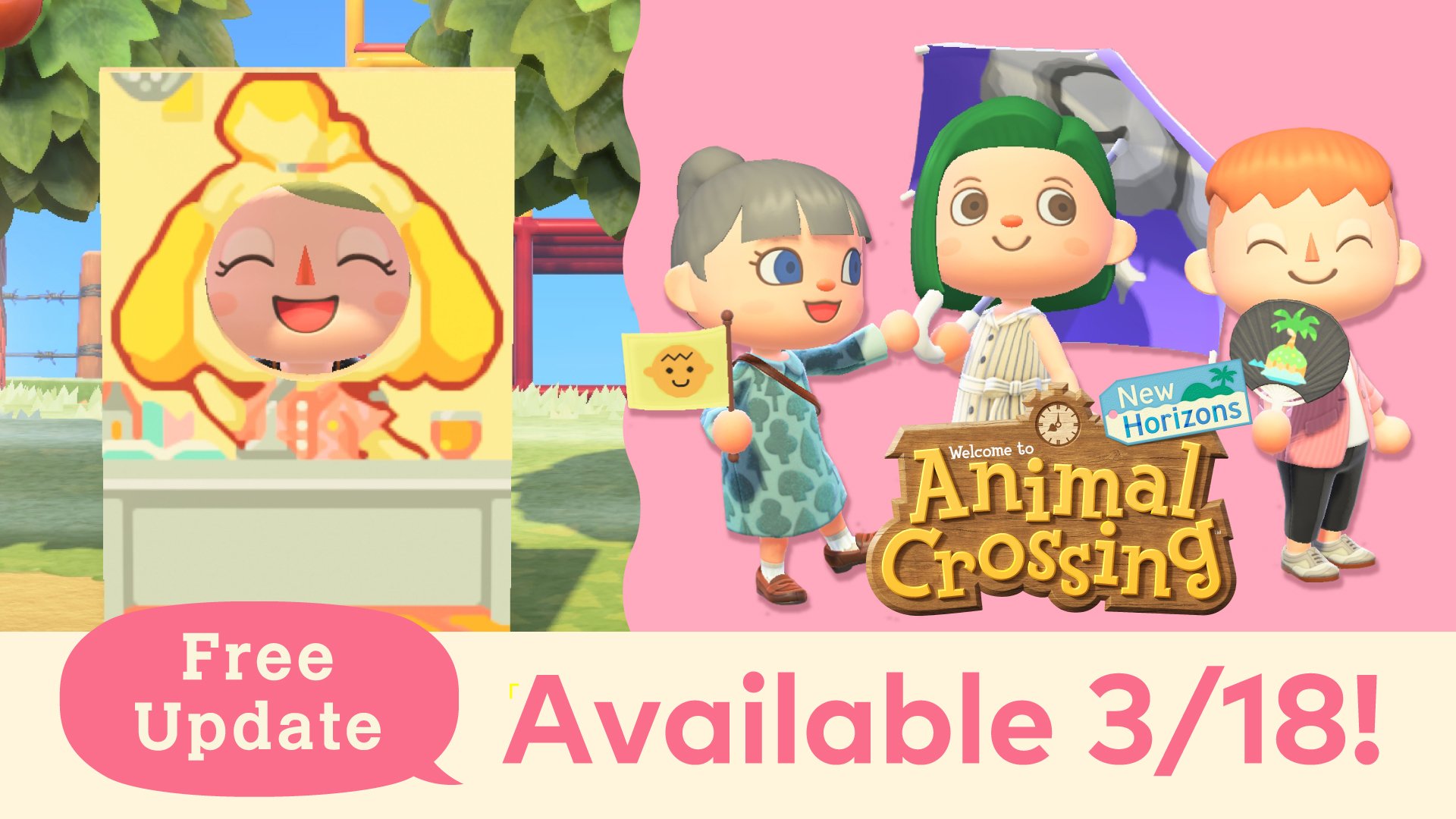 Nintendo revealed the next major update coming to Animal Crossing: New Horizons on Nintendo Switch, which will include some awesome new features for players to enjoy.

This update will launch on March 18. This is two days away from the game’s one-year anniversary (Animal Crossing: New Horizons launched on March 20, 2020), so players will receive a free 1st Anniversary Cake in their mailbox after they download the update.

This update will also bring new seasonal items to New Horizons. Specifically, from March 26 to April 1, players will be able to purchase whoopee cushions from the Nook Shopping catalog in honor of April Fool’s Day. Plus, prom-themed items like the Prom Night Wall, Prom Night Flooring, and Prom Stash -- along with Prom-themed clothing items -- will be available to purchase between April 1 and April 30.

Finally, Bunny Day will take place on April 4. The event will be similar to the Bunny Day event in 2020, in that it will allow players to collect Eggs and craft Bunny Day-themed DIY recipes, but it will also feature new content. Players will be able to purchase new Bunny Day items from Nook’s Cranny from March 28 to April 4. These items weren’t available during the 2020 Bunny Day festivities.

First, the NookLink portal within the Nintendo Switch Online mobile application will be updated near the end of March. With this update, players will be able to earn “Nook Points” each day by interacting with the NookLink portal. They can then redeem these Nook Points for prizes in Animal Crossing: New Horizons. We’ll make sure to bring you a complete guide about this new feature once it launches.

Are you excited about this Animal Crossing: New Horizons update? Let us know on Twitter at @superparenthq.